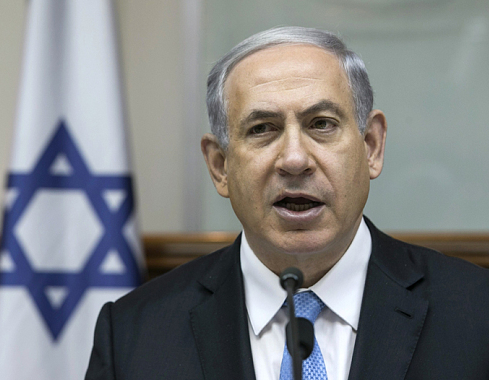 When Benjamin Netanyahu appeared in the Jerusalem District Court on Sunday May 24th it made political history.

Israel has had no shortage of corrupt leaders.

An Israeli President was sent to prison when Moshe Katzav was sentenced to seven years on rape charges.

Ehud Olmert resigned as Prime Minister to stand trial on charges of bribery and breach of trust both as mayor of Jerusalem and later as Prime Minister. He was sentenced to 27 months on fraud charges and was discharged from prison after serving just sixteen months.

Israel has an inglorious record of ministers, Knesset members, chief rabbis, mayors and other officials going to prison on criminal or security charges,

But when Benjamin Netanyahu appeared in front of the three judges it was the first time that a sitting Prime Minister has faced criminal charges.

The timing is immaculate. After a traumatic year in which three elections failed to produce a majority government, it took the political skills of Netanyahu and the conscience of opposition leader, Benny Gantz, to cobble together an emergency unity government. Yet, even before this government has fully taken its Knesset seat the acting Prime Minister has set out on a marathon legal journey to clear his name.

“There will be nothing, because there is nothing,” has been the drumbeat slogan of Bibi, as he is affectionately known.

Throughout the agonizing process of investigations by the police, acting on the orders of the State Attorney-General, Netanyahu has protested that there has been political dirty business going on aided and abetted by a compliant media. He proclaimed that the only way the opposition can get rid of him was by staging a coup using the courts as a way to removed him from power.

This may sound familiar to American readers.

Bibi’s lawyers have lodged over a hundred complaints of leaks to the media and prosecution witnesses talking to reporters.

Leaving aside Bibi’s protests, let’s look into the charges ranged against him.

Benjamin Netanyahu faces three different set of charges, but all are related to over-arching charges against him of bribery and breach of trust.

The most serious case concerns Case 4000. This is the case in which Bibi is charged with a media bribery scheme with the owners of Bezek and Walla communications and media companies. In this case, the owners, Shaul Elovitch and his wife, Iris, are also co-defenders with a separate legal team.

The charges claim that Walla gave Bibi favorable coverage in exchange for him making government policies favoring Elovitch’s Bezek company to the value of around 1.8 billion shekels.

Bibi has protested that issues relating to the communications industry rest with the ministry concerned and that several decisions had gone against Bezek. The prosecution, however, will be producing as supporting evidence large amounts of letters, email exchanges, text messages and an array of witnesses, including a couple of significant people who have turned state witnesses against the prime minister.

Watch out for the appearances of Nir Hefetz and Shlomo Filber, two former aides to the prime minister. Hefetz will accuse Bibi of micromanaging the Walla news coverage. His court appearance is important and may take several days with the prosecution attempting to substantiate his verbal evidence with an array of documents.  To counter this, the lawyers of Bibi and of the Elovitchs may take even longer when they cross-examine Hefetz.

There has been reports that the prosecution, via the police investigation team, used excessive methods to break Hefetz in order to get him to turn against his former boss.

But Shlomo Filber will be a tougher nut to crack. He will make the case that Bibi hatched the scheme to grant favors to Shaul Elovitch via government policies and he is expected to back up his evidence with documents.

Netanyahu’s defense will give evidence of many negative news stories against their client to prove there was no pro-Bibi dominance in Walla reporting. He will also protest that any communications policies that favored Elovitch were approved by named neutral bureaucrats.

It has been reported that parts of Bibi’s defense arguments in Case 4000 are solid. The outcome may rest on how successfully his lawyers can offset the appearance of Shlomo Filber.

Case 1000 concerns huge amounts of gifts that Bibi and his wife received over the years from wealthy friends. Questions have arisen regarding whether these were really friends, or patrons looking for favors. Certainly the reports of crates of pink champagne and boxes of expensive cigars to the Netanyahus, and rumors of Sara Netanyahu’s obsessive demands for clothes to meet her self-given status as Israel’s first lady, have had a grating effect on the Israeli public. However, it may prove difficult to establish any quid pro quo in the Netanyahu dealings with Sheldon and Miriam Adelson, Australian billionaire, James Packer, or Israeli Hollywood mogul, Arnon Milchan.

More complicated for Bibi is Case 2000. This involves his relationship with Yediot newspaper owner, Noni Moses. Bibi is charged with reducing the influence of the pro-Netanyahu Israel HaYom free newspaper, owned by his former friend, Sheldon Adelson, in favor of Yediot. The expected evidence of Sheldon Adelson will be interesting.

In the Case 2000, Bibi is on stronger ground. Moses is not going to testify against himself and Attorney-General has already reduced the charges against Bibi from bribery down to breach of trust.

The three cases will produce a procession of star witnesses including former Mossad head, Tamir Pardo, no political friend of Bibi, former Shin Bet head, Yuval Diskin, former national security adviser, Uzi Arad, leader of the Opposition, Yair Lapid, a Bibi detester. Others may include Tzipi Livni, Labour’s Eitan Cabel. Witnesses for Bibi will be Gilad Erdan, before he takes up his posts in New York and Washington, Ron Dermer, until recently Ambassador to the US, new Knesset Speaker, Yariv Levin, Ze’ev Elkin and Tzachi Hanegbi.

The initial Sunday hearing will mostly cover technical issues concerning documents that the defense has requested from the court.