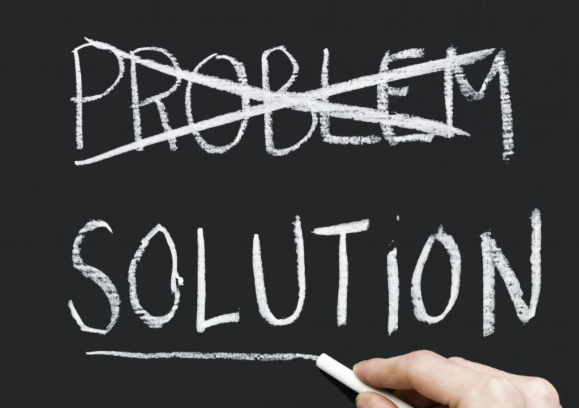 Listening to a re-broadcast of the Dennis Prager Show (Salem Network – The Answer) at 3-6 am occasionally serves as a distraction for me when I awaken in the middle of the night and cannot get back to sleep right away.

Recently I heard his phone interview of a woman who had some interesting takes on the problems created by George Floyd’s untimely death at the hands of what can only be called an evil idiot. It got me thinking seriously about what, from a practical and rational standpoint, can be done to minimize the likelihood that similar incidents of this sort happen again. I say minimize hoping that they can be completely eliminated, but, in reality, being that the earth is inhabited by humans and humans are fallible and tend toward imperfection, anything more may be wishful thinking.

So, what are we to do? Lots of really crazy thinking pervades the discussion and hysteria also taints the pool of ideas. Radical leftists are calling for the dismantling of police departments with suggested alternatives ranging from “do nothing” to replacing them with social workers. It seems rather ironic that when someone offends the left, they are the first to invoke demands for “hate speech laws” and limits on the First Amendment. Limits on self-defense via the Second Amendment also seems to be frequently targeted by the left as evil and unneeded since “only the government and law enforcement should be armed.” Well, if they chose to do away with law enforcement and law-abiding citizens are denied the right to have a firearm, who’s left? The old slogan, “When guns are outlawed, only outlaws will have guns” will become truer than anyone ever imagined.

Having spent a relatively brief – 27 months – as a police officer in Virginia and several months working undercover narcotics in a border state in the Southwest in the 70s, I can say with no hesitation that there are good cops and bad cops, good prosecutors and bad prosecutors, good judges and bad judges. Fortunately for our society, the good far outweighs the bad. But, when the bad benefits the agenda of those who wish to divide and destroy our constitutional form of government, it is the only thing one hears about in the media.

I actually witnessed locker-room bragging by some in Virginia laughing about how they “bounced this guy’s head off the hood of a patrol car” and then subsequently beat the claim of brutality when the victim filed a report over his treatment. This happened on more than one occasion but nearly always by the same officer. Therein lies both the problem and the solution.

Today’s police departments are far more militarized that when I served. There are greater numbers of ex-military members serving after coming off combat tours in the middle east and having been trained for combat and war. Not only are the people more militaristic in their training and mindset, but the equipment being employed is becoming increasingly efficient and of military grade. Often police training becomes all about displaying overwhelming power that deters resistance and subdues quickly.  In so doing, however, risks of excessive use of force are escalated.

Additionally, the level of screening for psychological fitness for the job becomes less and less effective when the pool of potential recruits becomes smaller or becomes focused on one sort of background qualification. Because of the negative press given to police officers in the past ten years, that pool has begun to dry up. With that drying up comes a reduction in the quality of recruits hired when pressures to maintain manpower levels become harder to resist.

Once hired, officers are seldom reviewed with an emphasis of interpersonal skills, quality of public contacts, or negative events that might signal problems with attitude and self-control. If they are, they might slow down rank advancement, but rarely do they receive consideration for separating a potential abuse problem from the public through termination.

The officer currently charged with murder in the Floyd case has been reported to have received at least 15 complaints of excessive use of force in his 19-year career. My first question would be, “How could a police department allow this many complaints to be lodged against one officer without action being taken to evaluate his fitness for the job?”

In all fairness, I have also witnessed incidents where an arrestee escalates violent resistance that requires increased force to be used to prevent injury or escape. I have also witnessed unfounded claims that had no basis in fact or were self-inflicted by unjustified resistance or belligerence, but when one officer has that many complaints filed against him, where there is smoke, there is likely to be fire.

Simply put, disbanding a police department because of a few bad apples is the definitive example of over-reaction. According to the Washington Post database of such cases, a tiny percentage result in anyone dying. Cases of death by police officer where the victim was unarmed are rare and cases of black victims of white officers totaled nine in 2019. The Daily Caller news site provides more insight on those victims here.

The preponderance of evidence points toward media hype and political agendas rather than police-initiated “genocide” on black Americans.  Until the hysteria subsides and rational thinking is re-engaged, few solutions will surface. The focus must be precise and aimed directly at individual traits that produce the most effective officers, but just as much focus must be placed on the criminals’ behavior that more often than not bring about the violence in police-citizen conflicts. Generalizations that invoke racism as the predominant cause of black men dying at the hands of police are designed to divide and provoke more confrontations.

That approach was seriously successful in destroying many more lives following the tragic and unnecessary death of George Floyd. Clearly, this was an unjustified death, as were the riots that followed.  When a man is hand-cuffed and on the ground, it is hard to imagine kneeling on his neck for that long was necessary. Given the hands-in-the-pockets posture of the officer in videos of the incident, justifications get harder and harder to come by. Restraint and rationality are conspicuously absent on his part and those provoking the riots that followed. The days ahead should be focused on reversing that trend.

Bottom line…racism is an evil but individual affliction of the heart. It is clearly not, in 2020, a widespread mindset that can be attributed to white Americans as a group. To suggest otherwise is disingenuous.