If you want to know who has privilege in a society and who doesn’t, follow the anger.

But if you’re angry that your job is going to China or that you just missed being killed in a Muslim suicide bombing, your anger is unacceptable.

Not all anger is created equal. Some anger is privileged rage. 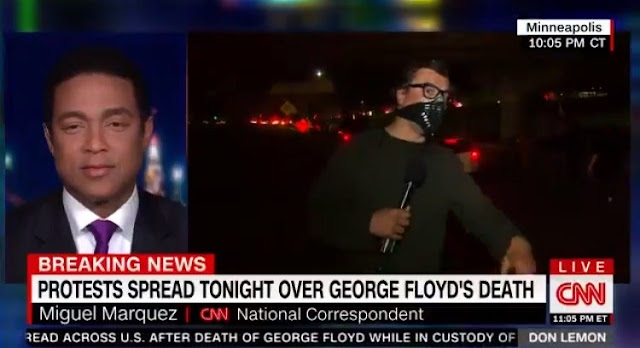 If you hang up an effigy of a Democrat governor while protesting the lockdowns, you will lose your job. But if you topple statues, loot stores, or throw bricks at police, celebrities funded by corporations will help bail you out. Violence, like anger, is also a matter of privilege. Only some get to do it.

Public acts of violence are not a symptom of oppression, but of privilege.

Socially acceptable displays of anger, from Occupy Wall Street to Black Lives Matter riots to the anti-Trump marches to the furious campus protests, are invariably left-wing. They’re never described as dangerous even when they trash, loot, kill, and burn cities to the ground. That’s privilege.

Why were chants of “Lock her up” immoderate, but not Bush era cries of “Jail to the chief”? Why were Tea Party rallies “ominous” but throwing Molotov cocktails at cops is “courageous”? Why is killing Trump on stage the hottest thing to hit Shakespeare while a rodeo clown who wore an Obama mask was hounded by everyone from the Lieutenant Governor of Missouri to the NAACP?

It’s not the level of anger, its intensity or its threatening nature that makes it good or bad.

And that is why the left so easily slips into violence. All its ideological ends are good. Therefore its means, from mass starvation to gulags to riots and tyranny, must be good. If I slash your tires because of your Obama bumper sticker”, I’m a monster. But if you key my car because of my Trump bumper sticker, you’re fighting racism and fascism. Your tactics might be in error, but your viewpoint isn’t.

There are no universal standards of behavior. Civility, like everything else, is ideologically limited.

Intersectionality frowns on expecting civil behavior from “oppressed” protesters. Asking that shrieking campus crybully not to scream threats in your face is “tone policing”. A black millionaire’s child at Yale is fighting for her “existence”, unlike the Pennsylvania coal miner, the Baltimore police officer and the Christian florist whose existences really are threatened.

Tone policing is how the anger of privileged leftists is protected while the frustration of their victims is suppressed. The existence of tone policing as a specific term to protect displays of left-wing anger shows the collapse of civility into anger privilege. Civility has been replaced by a political entitlement to anger.

The left prides itself on an unearned moral superiority (“When they go low, we go high”) reinforced by its own echo chamber even as it has become incapable of controlling its angry outbursts. The national tantrum after Trump’s victory has all but shut down the government, turned every media outlet into a non-stop feed of conspiracy theories and set off protests that quickly escalated into street violence.

But Trump Derangement Syndrome is a symptom of a problem with the left that existed before he was born and one that continues even in contexts where he isn’t the issue. The left is an angry movement. It is animated by an outraged self-righteousness whose moral superiority doubles as dehumanization. And its machinery of culture glamorizes its anger. The media dresses up the seething rage so that the left never has to look at its demons in the mirror of its soul.

The left is as angry as ever. Campus riots and assassinations of Republican politicians are nothing new. What is changing is that its opponents are beginning to match its anger. The left still clings to the same anger it had when it was a theoretical movement with plans, but little impact on the country. The outrage at the left is no longer ideological. There are millions of people whose livelihoods were ruined, whose rights were taken away, whose land was seized, and whose children were turned against them. There are people whose small businesses have been shut down or burned to the ground.

The angry left has gained a great deal of power. It has used that power to wreck lives. But monopolies on anger only work in totalitarian states. In a free society, both sides are expected to control their anger and find terms on which to debate and settle issues. The left rejects civility and refuses to control its anger. The only settlement it will accept is absolute power. If an election doesn’t go its way, it will overturn the results. If someone offends it, he must be punished. Or there will be anger.

The angry left demands that everyone recognize the absolute righteousness of its anger as the basis for its power. This anger privilege, like tone policing, is often cast in terms of oppressed groups. But its anger isn’t in defiance of oppression, but in pursuit of oppression.

Anger privilege is used to silence opposition, to enforce illegal policies and to seize power. But the left’s monopolies on anger are cultural, not political. The entertainment industry and the media can enforce anger privilege norms through public shaming, but their smears can’t stop the consequences of the collapse of civility in public life. There are no monopolies on emotion.

When anger becomes the basis for political power, then it won’t stop with Howard Dean or Bernie Sanders. That’s what the left found out in the last election. Its phony pearl clutching was a reaction to the consequences of its destruction of civility. Its reaction to that show of anger by conservatives and independents was to escalate the conflict. Instead of being the opposition, the left became the “resistance”. Trump was simultaneously Hitler and a traitor. Republicans were evil beasts.

Anger has to go somewhere.

The left likes to think that its anger is good anger because it’s angry over the plight of illegal aliens, Muslim terrorists, transgender bathrooms, the lack of abortion in South Carolina, the minimum wage at Taco Bell, budget cuts, tax cuts, police arrests, drone strikes and all the other ways in which reality differs from its utopia. But all that anger isn’t the road to a better world, but to hate and violence.

Millions of leftists are told every day that Republicans are responsible for everything wrong with their lives, the country and the planet. Despite everything they do, all the petitions they sign, the marches they attend, the donations, the angry letters, the social media rants, Republicans continue to exist and even be elected to public office. Where does that anger go?

Either we have a political system based on existing laws and norms of civility. Or we have one based on coups and populist leftist anger. And there are already a whole bunch of those south of the border.

Leftist anger is a privileged bubble of entitlement that bursts every other election. Its choice is to try to understand the rest of the country or to intimidate, censor, oppress and eventually kill them.

An Unjustified Path of Violence

How Panic Leads to Destruction