Only a few days after Orthodox Jewish synagogues and schools were targeted by black supremacist rioters and their allies, Shais Rishon, the Content Manager for Bend the Arc, posted a hateful image of an Orthodox Jew in a Klan hood wearing handcuffs and nooses over his Tallit surrounded by text from Jews complaining about Black Lives Matter anti-Semitism and violent riots by the racist hate group.

Rishon accused Jews, who had anti-Semitic slurs shouted at them, seen synagogues defaced, congregants attacked, and stores looted, of “cluck clucking” about the black supremacist riots.

The Bend the Arc content manager had previously defended Farrakhan supporter Tamika Mallory’s slur that Jews uphold white supremacy by claiming that there is “white supremacy aplenty” in synagogues.

Shais Rishon, who goes by Ma Nishtana on social media, is a black nationalist activist who claims to have been secretly ordained as a rabbi: a common claim made by radical leftists who want the status of clergy. And Rishon/Nishtana fits in perfectly at Bend the Arc and its various bigoted arms.

Alexander Soros, on behalf of Bend the Arc: Jewish Action, a PAC he founded, had endorsed Keith Ellison, a longtime member of the Nation of Islam hate group with an even longer history of antisemitism. Bend the Arc’s CEO is Stosh Cotler is a former sex club dancer and anti-Israel activist.

Like its cousins J Street and If Not Now, Bend the Arc claims to be Jewish while violently hating Jews. 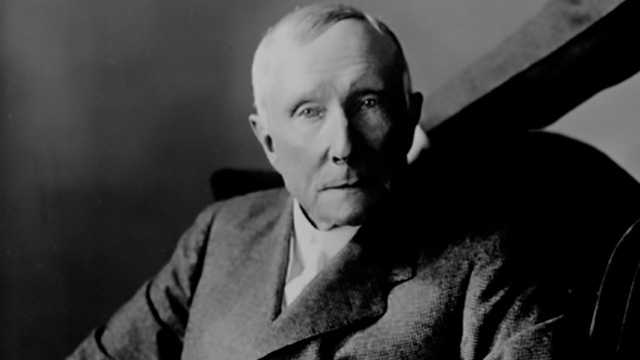 When Black Lives Matter added support for BDS to its platform, Cotler blamed the Jews. Yavilah McCoy, a Bend the Arc board member who serves as a coach for the Presbyterian Church’s Auburn Theological Seminary’s Pastoral Coach Training Program, had accused Jews of white supremacy. “When Jews accepted a white identity in America, they participated in sustaining white supremacy,” she ranted.

When House Democrats tried to deal with their internal anti-Semitism problem, they invited Bend the Arc to send in a facilitator. That facilitator got things off on the right foot with an anti-Semitic joke.

None of that is surprising because Bend the Arc is as Jewish as a ham sandwich with cheese. 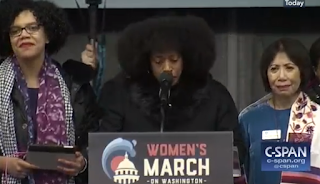 Cotler had been plucked from obscurity by a project run by “Rabbi” Rachel Cowan, a Unitarian descendant of the Mayflower, who went on to wreak havoc on the Jewish community. And considering the non-Jewish billionaires who fund it, it’s a good thing that the leftist group changed its name from Jewish Funds for Justice to its current name based on a quote from an anti-Semitic Unitarian minister.

Bend the Arc scored over $14 million from Warren Buffett’s son. Why is the son of a Presbyterian agnostic pouring a fortune into an organization that claims to be promoting Jewish issues?

The Rockefeller Brothers Fund has also given millions to the anti-Israel J Street lobby along with aggressively backing the propaganda campaign in favor of legalizing Iran’s nuclear program. One of its major recipients, the Ploughshares Fund, had aggressively campaigned for the Iran Deal. Its board members included Valerie Plame, who had tweeted an Unz site article titled, “America’s Jews are driving America’s wars”. This is the sort of gutter anti-Semitism that Bend the Arc is conjoined with.

The Rockefeller Brothers Fund had been set up by the sons of John D. Rockefeller and funded partly by him. But that’s not all he funded. Edwin Black’s War Against the Weak credited the Rockefeller Foundation with essentially providing the blueprint for the ideology utilized in the Holocaust.

As Black noted, “The Rockefeller Foundation helped found the German eugenics program and even funded the program that Josef Mengele worked in before he went to Auschwitz.” Alexis Carrel, a Rockefeller beneficiary, proposed gassing “defectives” and cheered the Nazi regime for its “energetic measures against the propagation of the defective.”

Rockefeller money was used to fund an institute run by Otmar Freiherr von Verschuer who promised a “total solution to the Jewish problem.” His assistant was Mengele: the Nazi regime’s Frankenstein.

As his boss later noted, Mengele was “presently employed as Hauptsturmführer and camp physician in the Auschwitz concentration camp. Anthropological testing of the most diverse racial groups in this concentration camp is being carried out with permission of the SS Reichsführer.”

Only in the upside-down world of the progressive movement can a Nazi collaborator’s fund that helped finance the Holocaust and has gone on to champion Iran’s nuclear program, which is meant to kill millions of Jews again, be funding programming that accuses Jews of being the real white supremacists.

If Bend the Arc’s folks want to find the real white supremacists, they can follow their own paychecks.

Bend the Arc’s big backers, the Soros clan and the Rockefeller clan, were at best complicit in the Nazi oppression of Jews. Now they’re financing black supremacist trolls who arrogantly tell Jewish people that if they don’t like their synagogues being vandalized, they’re white supremacists.

If you oppose the new Kristallnacht, you’re a Nazi.

This obscene inversion turns Jews into Nazis, and racial supremacists who quote Hitler-lover Stokely Carmichael into the new Jews. Perpetrators became victims and victims are turned into perpetrators. The police are the criminals, and the criminals are oppressed victims. Jews who don’t want their synagogues vandalized are Nazis, and anti-Jewish groups funded by Nazi collaborators are the real Jews.

Bend the Arc’s Twitter account tweeted an article by Rebecca Pierce, an anti-Israel activist with JVP and If Not Now, who had accused Jews of white supremacy, in which she wrote of the riots, “property destruction becomes a symbolic tool.” Much like Kristallnacht. There was a lot of symbolism there too.

Bend the Arc has gone on championing behavior that threatens Jews while working closely with Black Lives Matter, an anti-Semitic group that endorses BDS and whose activists have triggered attacks on Jewish establishments. Meanwhile the hate group keeps claiming that it’s Jewish and represents Jews.

What would inspire Buffett’s son and the Rockefeller Brothers Fund to plow a combined $26 million into Bend the Arc? As Sean Cooper’s Bending the Jews notes, neither have a history of giving to Jewish causes. But Bend the Arc isn’t a Jewish cause. It’s a radical lefty cause that occasionally targets Jews, preying on them as useful idiots or targets for its inflexible hostility to the American way of life.

Like its counterparts, Bend the Arc has adopted the Unitarian approach of performative political religion in which community organizers function as clergy and treat political chants as inspirational prayers. The distinctions between the Quaker summer camp and Unitarian Church youth movement that Cowan née Brown credited with inspiring her and Bend the Arc is which religious tradition they’ve hollowed out.

Unlike its partner If Not Now, Bend the Arc hasn’t even bothered appropriating a Jewish expression.

Bend the Arc’s name, as its CEO Stosh Cotler noted, “comes from a sermon by a 19th century Unitarian Minister named Theodore Parker.”

Parker was a transcendentalist minister in the Unitarian Church who hated Jews.

In all fairness, Parker hated a lot of people. The Unitarian minister, whose phrase about the moral arc of the universe always bending toward justice became Obama’s go-to line, was a career bigot.

The abolitionist hero was prone to saying things like, “the Irishman will always lie if it is for his momentary interest” and describing the Irish as the “N___ of the South”. And while he fought vigorously for the rights of slaves, he also insisted that there was “no doubt the African race is greatly inferior.”

The minister, whose sermon gave its name to Bend the Arc, reserved a special contempt for Jews, which may be because he disliked the bible, which he believed, was the work of “bigoted Jews.”

The Jewish intellect, Parker ranted in one letter, was “pinched in those narrow foreheads”. Jews are “lecherous”, “incline to despotism”, and “were always cruel”.

“I doubt not they did sometimes kill a Christian baby at the Passover,” he speculated.

That is the origin of Bend the Arc’s name. Jews are being accused of white supremacy by an organization named after a line from an actual white supremacist whose funding derives from a Nazi collaborator.

The moral arc of Bend the Arc will always bend toward antisemitism.

The Dangers of Erasing American History in the Name of "Reconciliation"