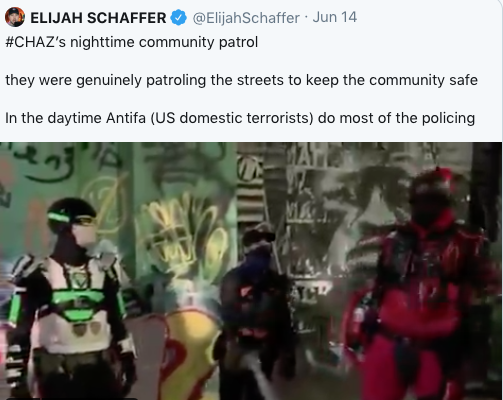 For the demonstrators out there, this is the perfect opportunity to finally show their grievances. To express their frustration, make public the offenses they feel. To emote.

For the rest of us it looks like insanity.

It’s the easiest thing in the world to take offense.To feel anger and frustration. But it’s worse than counter productive.

You can vent all day long. The media will be happy to listen. The reality though is that, other than making you “feel” better, they’re just making things worse.

Meaningful action only comes with meaningful dialogue. And that kind of communication has to be based on something more than feelings no matter how personally therapeutic sharing may be. Positive solutions are based on reason. They start with an attempt to understand what’s real and not just what’s felt.

George Floyd is dead. It’s horrendous and awful. Since his death, hundreds of others have died, or been injured by the fall-out. Protesters, rioters, shop-owners, cops, and retired cops. A lot of people who didn’t have anything to do with George Floyd’s death, and found it just as reprehensible as everyone else, are paying a steep price. And the cops who actually participated in killing Mr. Floyd have been locked up and face lifetime sentences in prison.

The injustice done to George Floyd and his family is being addressed the only way it can be, with the just arrest and trial of his murderers. There’s little justice available for the victims of the fall-out.

It’s true Floyd wasn’t the only black man killed by a policeman. He wasn’t even the only unarmed black man killed by police. Courts and tribunals in nearly every case found the deaths justified. That doesn’t erase the shame and hurt. We should be talking about why and how we fix it, not guilting silly white progressives to kiss the boots of Black Lives Matter. That’s as wrong now as when racist whites forced blacks to do the same kinds of things 100 years ago.

It’s useful to know the facts. And an important one is that it’s not just about race. A lot of black men were killed by black cops. That can’t be racism, at least not directly.  It’s also useful to recognize that a lot of whites were killed by cops – roughly twice as many.

As much as the aggrieved don’t want to admit it, if we want to talk about the idea that black lives matter, we need to consider more than police. In 2019, according to the Washington Post data base, 233 blacks were killed by police, 9 were unarmed. Cops also killed 19 unarmed whites. By contrast, 7,407 blacks were killed by other blacks In 2018, the last year for which data was published.

Assuming the same rate in 2019, that means an African American is about 800 times more likely to be killed by another African American than an unarmed black man is to be shot by a police officer.

Over the last weekend of May, 25 people were killed in the city of Chicago.  Another 85 were wounded by gunfire. You won’t see a lot of fraught journalists crying over these deaths. You won’t see massive protests, or political hand wringing, or much kneeling. Al Sharpton won’t spend a single minute of a single sermon on it – unless he can find a way to blame Trump. That’s because none of these deaths involved police.

The overwhelming majority were young black men killed by other young black men. According to the Chicago Sun-Times, of the 492 homicides in Chicago last year, only three involved police.

But you won’t hear any outrage over the massive slaughter of African-Americans by other African-Americans because it doesn’t fit the left’s narrative of endemic police racism. Instead, news broadcasters took most everything else off the air to cover Mr. Floyd’s 3 funeral services full time. The gold casket, the horse drawn carriage, the hysterical allegations of racism absent any real evidence.

In fact, exactly the reverse. It’s true that about a quarter of those killed in 2019 by police were black, it’s also true they committed 53% of the known homicides and 60% of the robberies despite being only about 13% of the population. Crime rates drive police interactions, not racism.

You can feel bad about that, and you should. But feeling bad about it isn’t going to solve the problem. Understanding the facts, and why they are what they are, will start us on the path to real progress.

And by the way, I’m sure there are a lot of other relevant facts out there than those I’ve mentioned. I’ve no doubt at least some of the frustration and anger we see in the streets comes from real injustice.

It’s unlikely so many would be chanting, “What do we want? Dead cops!” based on the data of police interactions alone. But do protest signs written in blood red saying, “The only good cop is a dead cop,” do much to build good police-community relations? Probably not.

Defund the police is a boon to the gun and ammunition manufacturers as law abiding citizens stock up and prepare to defend themselves and their families. Look what’s happening in the insane 6 block area of Seattle’s downtown now known as the Capital Hill Autonomous Zone (or CHAZ). BLM and ANTIFA ideologues have taken over security and are shaking down residents and small business owners for protection money. But don’t worry, the mayor says it’s no different than a block party. Sound fun to you?

Meanwhile, all over the country, protesters are tearing down statues with no authority other than their personal grievances. How is that constructive? Nancy Pelosi has walked by many of those monuments damn near every day for 30 years, but now that BLM and ANTIFA want them down, so does she. How can we have a meaningful discussion with that kind of emotional pandering.

People of every color need to relax and have a little more grace for others. Stop being convinced everyone is out to get you. They’re NOT!

We have a wonderful country most of the time. When 4 idiots in uniform don’t kill a man they suspect MIGHT have passed a bad bill. And when idiots looting, robbing, and chanting aren’t shattering the lives and dreams of small business owners by burning them out.

BLM and ANTIFA and their progressive supporters believe most Americans are bad, that racism is more common than the Chinese virus, and that those who believe in any form of capitalism are fundamentally wicked. They hate those who want smaller government, lower taxes, and more freedom.

They don’t have to have facts, they just have to feel offended. And because they have no facts, they have no solutions. Other than closing Disney’s Splash Mountain, forcing off television the cartoon PAWs, and killing the 34th season of COPS, their only answer is “Defund Police.”  Wacky.

Three generations of indoctrination by public schools, the left wing media, and power-hungry politicians have convinced a great many Americans that only emotion counts now. But so long as facts are whatever you feel, and reality is malleable, progressives will never make progress toward a better America.

The Dangers of Erasing American History in the Name of "Reconciliation"