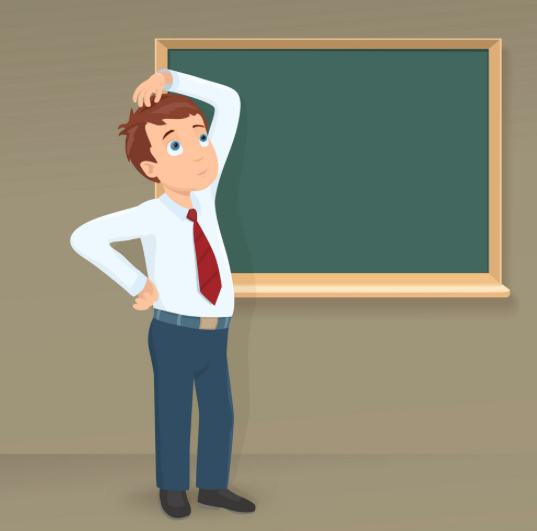 I could never vouch for that wisdom, but I have to admit that while some of that may still be true, in the 1950’s when I started my school career there were certain verities we were expected to follow. Appearance and behavior were major concerns as teachers had to be concerned about how they dressed and how they acted.

When I was hired by our local Virginia School System, I was asked one major question: “Do you belong to a church?” I answered with a big “Yes,” but before I could tell which church I was told, “It doesn’t matter which church. Just so you belong to one as that will make parents more confident in you.” Sadly that is one thing no longer stressed.

In the first school system meeting of new teachers a supervisor gave us a lecture on appearances when it came to car ownership. “I know some of you starting your new careers are likely buying you first car. You are advised to buy nothing newer than five years old and either a Ford or Chevrolet. Newer cars, especially Buicks and Cadillacs will make it hard for the public to believe teachers need better pay.” That was a rule I had broken that Summer when I got out of college. In my home town I had fallen in love with a five year old Buick Special which was at a fair price. So I was quick to point out to folks the dent in a fender to show I had picked a vehicle on its last legs. Actually it lasted five more years.

Dress was a big thing. Male teachers were to wear a shirt and tie plus jacket at all times. I was faithful to that in my forty years in education but my first year of teaching I slipped up one day. I had a terrible cold, so I wore a turtle neck sweater, but still had a tweed sport jacket and new slacks. That very day the Superintendent dropped by the school. At the end of the day the principal called me in and said “Mr. Eichelman, the Superintendent thinks you do a good job but is concerned that you are a sloppy dresser.” At the next school system teacher’s meeting I wore a black suit, while shirt and black tie, an outfit I would continue to wear when seeing the superintendent for several years.

Woman teachers were even more restricted Dresses, at a correct length, silk stockings and heels. No slacks or pant suits allowed. Can you imagine what it was like for primary grade teachers to have to sit on the floor with the children circled around them? My wife Carolyn, early in her teaching career had a principal, also a woman check on her stockings. They were seamless so no problem.

The funniest, as well as the strangest involved my politics. One year after having worked a few years as an administrative assistant in the schools system’s main office, I wanted to go back to high school teaching to serve as a department chairman and knew of a vacancy. At that time, I was both the editor of a local teacher newspaper and active in the local Republican Party.

When I applied with the Director of Personnel, he informed me, “Yes, it is available. It is fortunate that one of the teachers in that school is retiring, as like you he is a Republican and we cannot have two Republicans in the same school.” He was quite serious, so I assured him, “Frankly I am cutting back on all political activities as I want to concentrate on the teacher publication and also other writing.” That did not mollify him. He continued “Ah but you tend to show a bias in your writing, you seem very political in all you do.” I humbly took his rebuke and did not remind him that politics exists in everything.

However, God must have a sense of humor. At that time I also wrote book reviews for the local daily newspaper– hey what better way to get free books. The next morning when I got the morning paper I was shocked to see my picture on the front page. It seems I had given a bad review to a book that the paper had sent me which was pure porn, Naked Came A Stranger. Apparently despite good reviews by the New York Times and Washington Post, Life Magazine ran a story revealing it had been written as a hoax to fool the public. Only one reviewer had seen through it they stated, yours truly.

Later that day in the school board office I ran into a group of adminstrators, including two assistant superintendents, the school business manager and the very same Personel Director I had talked with the day before. The two assistants and business manager congratulated me on a job well done. The Personel Director looked a little perplexed, so I had to say something that is quoted and laughed about by those present to this day. I took his arm and said, “You will be happy to know I am no longer involved in politics. I am switching to pornagraphy.” I have always heard of a jaw dropping to the floor, and his nearly did.

Here Are the Heroes Whose Statues Black Lives Matters Has Attacked

TjillaHooks: 'We Need to Build From Inside the Hood'