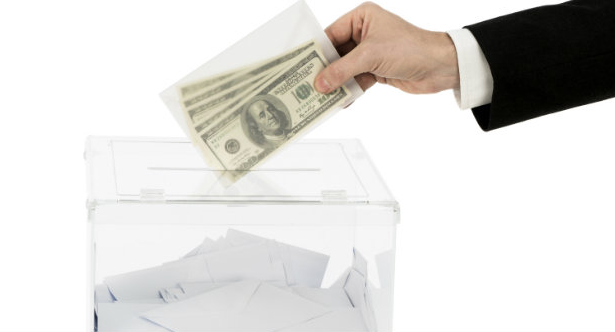 Since the horrific death caught on camera of George Floyd in Minneapolis on May 25, millions of Americans from all walks of life have taken to the streets in protest. The video of a police officer with his knee on the neck of Mr. Floyd, even after he had clearly stopped moving shocked the conscience of the nation. America’s police officers were among the first ones to show anger and outrage at the sight of seeing one of their own engage in such reckless behavior. Of course, it did not take too long for the likes of Jesse Jackson, Al Sharpton, and other grievance industry leaders to emerge, and with a wink and a nod, cheer on violent crowds of rioters and looters to seek “justice” for George Floyd.

Also, as is the norm when these unfathomable events arise, the group Black Lives Matter takes its customary place in the streets. Sometimes it seems as if the line is blurred as to which activity they are engaging in. Is it the act of peaceful protest for change as is the right of every American to engage in, or is it something else?

America has seen these groups before. In the 60’s they took the form of The Weathermen, Students for a Democratic Society, and the Black Panthers. The members of those groups grew up, graduated from college, and more than likely never left, they teach your children now, bought houses in the suburbs, and had children of their own. This is the next generation, and they are armed not only with their parents’ beliefs, but the power of today’s technology via the Internet and social media to organize en masse. They are definitely not your father’s radical 60’s rag tag army of hippies.

Back then, it was pretty much what you see is what you get. Anti-war, anti-establishment commune types who just wanted to turn the country into one giant ashram. Now, there are two sides to the protest group coin. The one they want you to see, so you will donate money to their cause, we will get to that in a minute, and the one they don’t want you to see.

If you go to the Black Lives Matter website today, it is all very, well for lack of a better word, wholesome. Their goals and desires seem to be well stated. What are not visible are the scrub marks. Back in 2016, another election year in which Black Lives Matter was front and center in America’s psyche, an August 2016 article by Paul Cantz on The American Thinker website, described how BLM had endorsed a number of Anti-Semitic groups, and had made statements that Israel was an “apartheid state”. In an August 3, 2016 article that ran in The Times of Israel, the BLM platform addresses the US-Israel relationship, saying that, “The U.S. justifies and advances the global war on terror via its alliance with Israel and is complicit in the genocide taking place against the Palestinian people”.

While you will find no record of it today, The American Thinker piece also mentions that Black Lives Matter also endorsed an organization called BDS. BDS stands for “Boycott, Divestment, and Sanctions” against, you guessed it, Israel. Go to the BDS website, and you can find out about all the different ways this pro-Palestinian group is working to boycott, a.k.a., dismantle the state of Israel. There are academic, cultural, and economic boycotts. There is a button to click on in order to get local governments involved. Perhaps they found that button on the website in Seattle.

Those who support Black Lives Matter are under the impression that they are doing just that, supporting freedom and equality for all Americans. Who doesn’t want that? We all want not just ourselves and our loved ones treated with respect and dignity, and we want our neighbors, regardless of who they are to be treated the same way, as human beings. But this track record begs the question, do Black Lives Matter, and the millions who march with them want the same for Jews around the world? Do so many people even know what they are marching under the banner of? We know the media will never ask these questions, so it is up to others who are willing to inquire and not be intimidated.

And while we are on the subject of who Black Lives Matter really are–go to their website and click on that big blue button that says, “Donate”. This will take you to something called “Act Blue”. Any funds that go unclaimed go to places and causes that Act Blue feels is worthy of such funds. Here are just a few of their favorites: “Biden for President”, “Democratic Congressional Campaign Committee”, “Democratic Senatorial Campaign”, and The Democrat National Committee. Still think this is only about justice and equality?

Americans who truly love their country know that it is not perfect. They know that part of love of country is to strive to constantly improve on the extraordinary gift that America is. Is it too much to expect any group who is striving to achieve those higher goals be truthful about who they are? It would be a sad day in America to realize that some equality brings in more donations than others.

Close to You: The Carpenters 50th Anniversary

Review: Once Were Brothers: Robbie Robertson and The Band