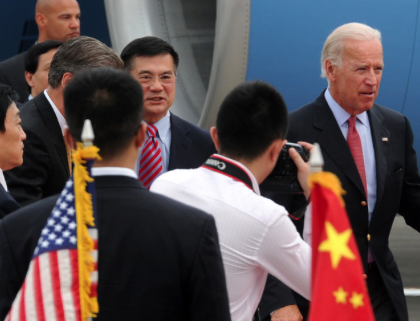 I’m no conspiracy theorist, but it seems to me that the Democrat derangement syndrome among so many of the Democrat and media elites in this country has tracked pretty closely with Trump’s campaign to disentangle our economy from China.

I’m not saying Democrats have actually colluded with China. Obviously, they wouldn’t do to America what China has unwittingly (or not) done just to beat Donald Trump, would they? Well, would they?

Let’s face it, to say the left in this country goes nuts over Trump is like saying the universe is big. Yes, it is big, Lester. And then some.

In the words of Perry Mason, “it’s all circumstantial.” And it’s likely Democrats and the Communist government of China are getting along these day more because they share a hate for Trump than a love for one another.

Still, Democrats seem quick to adopt the talking points of the Chinese Community government despite the inherent deceit and anti-American intent that motivates the regime. It’s a mistake they’ll likely regret.

Or, as that other wise movie detective, Charlie Chan, once said, “Man who ride tiger, cannot dismount.”

Kneeling to Black Lives Matter Instead of God

Riots and Protests: It's Time For Solutions