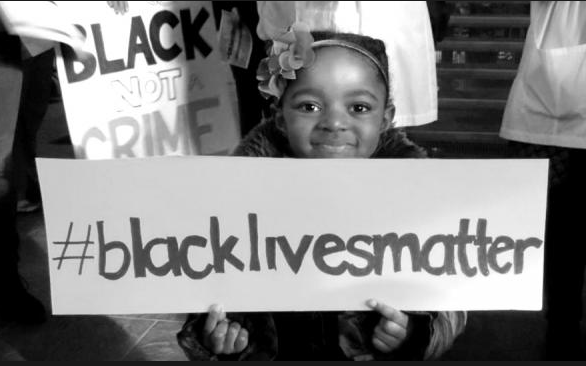 “Black Lives Matter”, the name itself, implies that somehow racial equality is a cause most Americans oppose. Or that the institutions that make up our culture, government, economy, and academy are antagonistic toward the value of black lives.

Contrary to what the media and Democrat leaders would have us believe, most Americans are not hopeless racists.

Roaming gangs of non-blacks are not targeting black Americans for extinction. Companies don’t bar blacks from employment. Colleges don’t target blacks for rejection. In fact, in almost every case it’s exactly the reverse. Most large and mid-sized companies, and nearly every college in the country, are far more likely to actively recruit blacks than reject them.

Of course, there are racists among us. They are a blight on our public life. They are cultural poison.  But it’s the very fact that racists are so universally shunned as social misfits and oddballs that proves exactly the opposite of what the left would have us believe.

The overwhelming majority of Americans want black Americans to succeed, to prosper, to know joy and happiness.

So where are the voices of leftist outrage when blacks are killed by other blacks? Or, to BLM and their ilk, are the only black lives that matter those taken by white cops? Maybe a name change is in order: Black Lives Matter When Killed By A White Cop or BLMWKBAWC. Not so catchy and hardly rolls off the tongue, but a more accurate description of the black lives that matter to BLM.

The Washington Post (no friend of conservatives) reports that in 2019 exactly 9 black Americans were killed by white cops. The courts found that of those 9 incidents, 7 were justified killings. In the other 2 incidents, the cops were prosecuted and convicted.

Compare those 9 incidents with the number of blacks killed in roughly the same period in Chicago alone. In 2019, 358 black Americans were victims of homicide in Chicago ALONE – the overwhelming majority murdered by other blacks. Where’s the outrage?

Of all the murders in Chicago, 75% are blacks being murdered. 77% of convicted murderers in Chicago are black. In both cases, the overwhelming majority are young males. It’s a terrible situation, and we should be exploring and debating the causes. While the direct cause of black on black violence in Chicago cannot be racism, it’s certainly arguable that because blacks are trapped in poverty, their hopelessness, frustration, and anger lead many to engage in crime, violence, and even death.

If the left cared, they’d be talking about why we’re forcing black children into failed schools, why we’re taxing and regulating businesses so they have no incentive to hire and train teens from poor neighborhoods, why 70% of black children are born to single moms, why there are so few ways for young black men to find the mentors they so desperately need.

The left aren’t talking about those issues because they don’t care. That debate doesn’t fit their narrative that America is hopelessly racist. Or that the policies progressive Democrats have promoted for more than 5 decades are a big part of the reason so many blacks are trapped in poverty in the first place. That’s the racism we should be talking about.

To be sure, at least from what we know now, the four cops in Minneapolis responsible for Floyd’s death, were wrong at every turn. George Floyd should not have died. What we don’t yet know is whether the cops who killed Floyd were motivated by race hatred or whether they were bad cops who didn’t care.

We also don’t know at this point whether Floyd was actually guilty of any crime. What’s clear is that whether he should have been taken to jail or not, he most certainly should not be attending his own memorial service.

In any event, the system is working so far. The cops involved have been fired and charged with murder. If they’re convicted, they’ll go to prison. From what we know now, they should.

But for leftist mayors and governors to encourage the riots and looting by bowing to the demands of radicals is a disgrace. We do not show our disapproval by burning down neighborhoods, looting businesses, and killing innocents.

All liberal political acquiescence to the radicals has achieved is still more radical demands including that the police be defunded. Really! The solution to bad conduct by poorly trained officers is to cut funding so they receive even less training going forward? How does that make sense?

But among the left, things don’t have to make sense. Bernie and other progressives in Congress have already advocated we do away with our military and our border patrol. In past months, progressives like Alexandria Ocasio-Cortez and her goon squad have demanded cities eliminate their police departments. Support for such proposals is growing among progressive mayors and councils.

Minneapolis’ City Council has voted to eliminate their police. The Mayor of Los Angeles is proposing a budget cut of more than $100 million for the LAPD.

These actions will undoubtedly cost lives. But just as frightening is the left’s proposals to put groups like BLM in charge of local policing. If these ideologues become law enforcement, watch out. The new authorities will be far worse than what they replaced.

Without law enforcement well trained to understand rule of law and respect for constitutional rights, we will all be in far more danger from the new “police” than any of us ever were from the police we have now.

New Rules: Open Your Business As a Sign of Protest