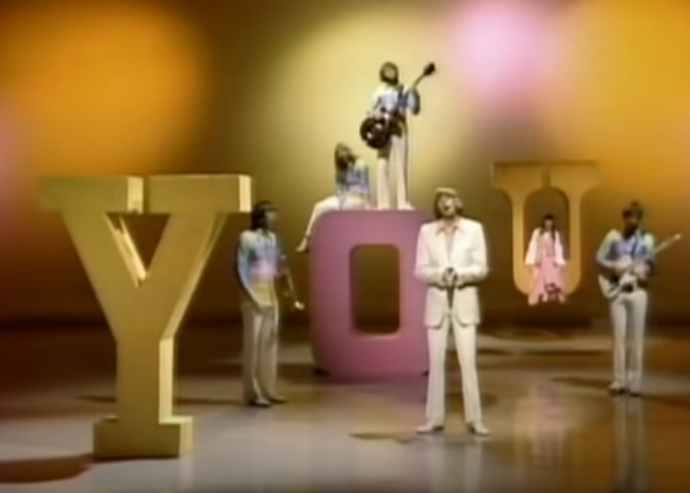 It is June 1970. The turbulent 60’s with it’s far out psychedelic music is coming to a close. The Beatles last #1 song, “The Long and winding road” is spending it’s second week at the top of the charts. And when you turn on the radio you hear a song by a brand new duo about birds suddenly appearing, stars falling down, angels sprinkling moon dust in your hair and golden starlight in your eyes of blue (be honest, how many of you just heard that little piano riff right after that line).

The passing of the torch has occurred. The era of The Carpenters and 70’s soft pop music has arrived. Bread debuted with their first hit a week earlier. America was not far behind.

It’s hard to believe it has been half a century since the Carpenters exploded onto the music scene. From 1970-1975 everything they touched turned to gold: Three #1’s (“Close to you”, “Top of the world”, “Please Mr. Postman”) and six # 2’s. Richard’s brilliant arrangements and Karen’s uniquely phenomenal voice, in my opinion, have not been equaled since.

Equally impressive is the incredible quality of their recordings. Herb Alpert’s A&M records captured their sound perfectly. The recordings are crystal clear. It’s as if Karen is standing right next to you as she’s singing.

I discovered the Carpenters at age 9, towards the end of their run, and have been listening ever since. Here are my favorite Carpenter songs.

“Superstar” – my all time favorite. This is such a wonderfully haunting song about love unrequited. You can hear the anguish in Karen’s voice as if she’s living it. And the video of her walking on stage with just the spotlight on her is perfect. While the song is often attributed to Leon Russell, it was actually Rita Coolidge who wrote it about female groupies of Eric Clapton. Btw does anyone else get goosebumps when Karen sings the word “guitar”. Gets me every time.

“We’ve only just begun”. Probably their most recognizable song and still used at weddings 50 years on. This song was written by Paul Williams for a commercial for California’s Crocker Bank. Richard saw it and thought it fit their sound, rearranged it a bit and presto it’s a legendary hit. The flute opening is beautiful while Richard plays the same 2 piano chords for the first 30 seconds of the song, nicely underscoring the flute and Karen’s voice.

“Close to you”: Yes the lyrics are sweet and syrupy and it’s considered a sappy song. But who cares? It’s the freaking Carpenters who could sing the ingredients off a cereal box and make it sound wonderful! Besides, who hasn’t sung along to “Waaaaaaaaaa Close to you…”. Don’t deny it. You know you have!

Oh and the Carpenters weren’t the first act to record this song. Dusty Springfield and Richard Chamberlain did it years before. And after the Carpenters had a hit with it, it was covered by Dionne Warwick, Stevie Wonder, B.T. Express and Isaac Hayes! I hear that Shatner might give it a try! At least that’s the rumor I am starting. 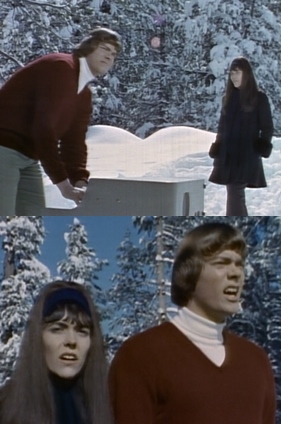 “Ticket to Ride”: Richard and Karen covered several Beatles songs but this one is their best. I love the way they slowed this down into a ballad. But the best part is the video they did for it. Someone had the smashing idea of dropping them and the band into the middle of a snow covered mountain on a bright and sunny day. Then they set up a short piano for Richard. He looks like he is in absolute misery trying to play and sing as the sun reflected off the snow. Could someone have gotten the man a pair of sunglasses? There’s also a super CLOSE UP of Karen’s mouth. Along with a great voice she had good teeth.

The best is about to be

And so much is left for us to see”

“Tomorrow maybe even brighter than today

Since I threw my sadness away

I also like the outdoor video that the song fades into which features a Japanese Bridge. It was shot at in Huntington Library Gardens in San Marino, California.

“For all we know”: A simple song with one verse but, again, done to perfection. I consider this a sequel to “We’ve only just begun”. Karen was so great at not only vocals but phrasing. I love the way she expands certain words like when she sings “And love may grooowww, for all we knoooowww”. Richard has a neat little piano riff he repeats several times in the song including the very ending. And this is another gem with several opportunities to sing along with the “waaaaaaaas”.

Interesting trivia: According to Richard, the English horn intro was originally played on guitar. They had run into Jose Feliciano in a restaurant, who was a big fan of theirs and wanted to play on one of their records. They went into the studio and the intro was devised by Feliciano, using his nylon string acoustic guitar. The next day, though, Richard got a phone call from Feliciano’s manager, demanding that he be removed from the recording. Richard essentially did as requested and replaced Feliciano’s guitar intro with that of Earle Dumler’s oboe. The other instruments heard on the song were recorded by session musicians later known as the Wrecking Crew.

What a shame. But the song did win an Academy Award for Best Original Song in 1971.

“Yesterday once more”: I love this song because the opening line is me in my youth with my transistor radio: “When I was young I’d listen to the radio, wait in’ for my favorite song…”. In 1974 I discovered Casey Kassem’s American Top 40. I listened every week hoping my favorites were at the top of the charts (especially “Hooked on a feeling” by Blue Swede!). This song just brings back those memories.

“O Holy Night”: In most of arrangements Richard is somewhat in the background. But not here. This is him on the piano playing the Christmas classic. It is a phenomenal version.

“Sing”: This one often gets overlooked in their catalog. But I like it because my Mom and I along with my aunt like to get together and sing. It’s fun and very therapeutic. The lines of the song capture that feeling: “Sing, sing a song. Sing out loud, sing out strong. Don’t worry if it’s not good enough for anyone else to hear. Just sing. Sing a song”.

So the questions is, are the Carpenters still relevant today. I believe they are. Especially if you do much surfing on youtube. There is a new fad where young millennial’s video tape themselves listening to oldies songs for the first time. Every user I have seen so far has done a Carpenters song. And everytime they are blown away by it. It’s no surprise to me. I’ve been blown away for 50 years. And I imagine that 100 years from now folks will still be listening to their music. It is timeless.

What are your favorite Carpenter’s songs?

Greenfield: We're Not All In This Together