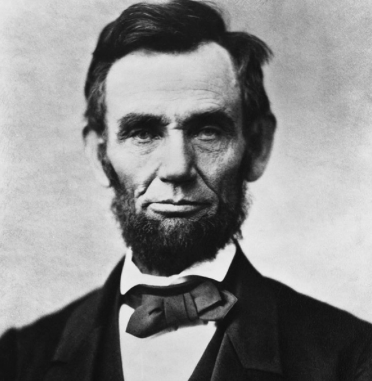 It doesn’t take a genius to look at the present situation in America and conclude that our nation is dangerously and seriously fractured. Right now the United States is in a highly volatile situation. People are on edge and protests have erupted. I would say it’s safe to wager that this country hasn’t been this divided since the American Civil War.

The ironic thing is that the many of the elements of the current crisis actually resemble the situation we faced 160 years ago: Insurgence and outright rebellion encouraged by the Democratic Party and directed at a Republican President who has many detractors. While he will likely never go down in history for making speeches that stand the test of time, President Trump nevertheless faces a situation similar to what President Lincoln faced. Each man came to Office without winning the popular vote and while the level of pure hatred directed at Lincoln was bad, I think even more hatred has been directed at Trump.

Why did America go to war in 1861? It was due to slavery. Which political party supported slavery? The Democrats. Why is America in turmoil now? It’s due to the lasting impact that the scars of slavery have had on the American psyche. For generations African Americans have felt the sting of racism and their progress towards equality has been hampered. The culprits for this? The Democrats. What have Democratic Presidents, Governors, and Mayors done for African Americans? Nothing, yet they continually perpetuate the myth that it is the Republicans who are the enemy of black people. African American have always been victims of the Democrat Party…a party that has continually taken advantage of them for over 200 years.

Democrats and those with ties to the Democrat Party are taking full advantage of the situation to the detriment of America. High unemployment and a shaky economy…both products of the COVID-19 pandemic set the stage for the firestorm we have seen over the last two weeks. It has been nothing short of pure insanity. It’s as though all the progress made by African Americans over the last 50 years is being discounted. The level of hypocrisy is startling. I for one am not impressed by all the sudden calls for racial awareness. If all these people really cared about race relations why didn’t they take such strong stands earlier? It seems that a lot of companies and people are giving in to pressure in order to avoid being shamed, therefore I don’t see it as genuine. I see them as mindless self-righteous social justice warriors.

What in the world is taking place? I don’t deny that racism exists but how am I expected to believe that African Americans have made zero progress towards equality, especially given the fact that our prior President was black? Further, none of the protests recognize instances where black people hold back other black people for their own personal gain. Those instances are every bit as if not more damaging than any white supremacist attacks. These protests also ignore all the various and sundry ways the Democrat Party has continually failed the African American community.

The most important rights we have as Americans are freedom of speech and the right to assemble peacefully. However, this is a right that is currently being abused. If people are going to gather to protest, that in and of itself doesn’t scare me provided that’s there is a stated objective associated with said protest. Protests associated with women’s suffrage focused on giving women the right to vote. The Civil Rights protests of the 1960’s focused on ending segregation. Those protests led to change because they had stated objectives. The kinds of protests we are seeing now are general protests fueled by rage. Technically speaking, a crowd of 10,000 people that does nothing but hold up signs is peaceful. However, when dealing with large numbers, the sheer volume of such a crowd while not necessarily violent, nevertheless represents something to be feared. It’s analogous to a 7 foot, 400 pound man asking an average size person to give up their table in a restaurant. While the request is ‘nonviolent’ the size of the man evokes enough fear give in to his demand. The problem with large crowds is the potential they will turn violent. At that point is it free speech or organized terror? I really don’t know.

The current Black Lives Matter movement has no stated achievable objectives.The only thing that would appease them is having every white person in America get on their hands and knees and beg for forgiveness. Otherwise, their narrative is that the entire country is one big unjust and corrupted mess that needs to be demolished. BLM runs on hate and it’s hatred directed at the United States of America. I personally expect to see plenty of athletes refusing to stand for the National Anthem. Refusing to stand and respect the American flag is as un-American as it gets. It shows complete contempt for this country.

Seeing people express such unabashed contempt for this country gives me a new perspective on President Lincoln. When the Southern states seceded it was a blatant act of defiance and disrespect. The people in those states refused to accept the results of a valid Presidential election and downright refused to accept Lincoln as President. It was lawless behavior that Lincoln had to save at a terrible price. When I see ‘peaceful’ protestors declaring their own ‘autonomous zone’ in Seattle, it reminds me of the first shots fired at Fort Sumter…the shots that officially began the Civil War. Who ever thought something like that could happen again? Given the current state of affairs I can honestly see a group of protestors attacking a military base. It doesn’t seem far fetched.

I don’t condone unnecessary police brutality or murder committed by police officers, but it feels like this country is a ticking time bomb. Every time some rogue police officer kills a black person, are we going to see sustained protests on an even larger scale? Also who is being blamed for this? The liberal media would have us believe that President Trump is either the cause of police brutality or at the very least supports it. He is being depicted as the enemy of the people the same way Lincoln was depicted as an enemy of the people.

Everyone is calling for change but how can we instantaneously eradicate racism? It’s impossible. Further, there are no statistics which support the BLM movement. How many white people are killed in custody? How many black people are killed by black cops? I find it terrifying that the actions of 4 cops in Minneapolis have led to the sudden conclusion that ALL police forces are hopelessly corrupt institutions run by white supremacists. People are being mobilized to support a cause that offers no rational solutions. Eliminating the police is not a valid option. Sure, a few hopelessly misguided cities might try it, but I don’t think it would solve anything. I can only imagine the amount of organized crime would be attracted to a city with no law enforcement. If I were a criminal I sure would want to operate in a place without cops. On the other hand, I probably wouldn’t want to live in a city run by warlords even if I were a criminal.

Eventually something is going to take place that creates a full scale riot the likes of which this country has never seen…something that results in the destruction of a major American city. I don’t always agree with President Trump…did he really need to walk to a church for a photo op last week? Probably not. However, that act needs to be understood in a larger context. If the current protests look bad, wait until November. If Trump is re-elected BLM and the Democrats will depict it as a victory for police brutality and white supremacy despite there being no truth to it. The protests will be at full volume and knowing this, Trump sent the message that he a will use the U.S. Military to maintain order.

As a loyal American who believes in the conventional and tangible meaning of America, I’m angered by acts of insurgence led by people who see America as some sort of meaningless abstract set of ideals. This Country stands for many great things and it must be preserved and it must be endure even if it means violence. As Lincoln surveyed his situation back in 1861 he was faced with a country that wanted to tear itself apart. He felt hurt and anger and he saw his beloved country on the brink of collapse. Fortunately he acted and law and order was restored. All we can do is pray that Trump will not be faced with the same dilemma but if he does, I think he will act as Lincoln acted and work to preserve the Union.

Katie Hopkins: London's Hypocrisy: Locked Down While Protestors Gather in the Thousands

This Just in From #AntifaStan (aka CHAZ): Border Walls Work