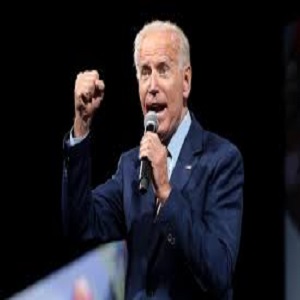 People who run for president think pretty highly of themselves. They have to. It’s the most important and powerful job in the world. To believe you can do it requires a pretty serious ego.

The only difference between Trump and just about every other American president is that Trump wears his ego for all to see. That doesn’t mean, though, the giant egos of other recent presidents don’t show through. We saw it in Bill Clinton’s belief the rules didn’t apply to him. We saw it in George W.’s confidence and quick decision making, many will prefer, arrogance and imprudence. We saw it in Obama’s manipulative deceit – his saying things that convinced Americans the unreal was real, and the real wasn’t, reality that didn’t much matter anyway.

Joe Biden’s ego shows through in a profoundly different way, but in a way that makes it even more problematic for America’s future welfare. Biden believes America’s well-being, in fact, it’s very existence, is utterly dependent on his election. In Biden’s case that thinking means anything required to win is justified, even if it means the destruction of the country only he can save.

It’s why Biden who ostensibly started as the moderate in the race, was quick to bow to the likes of Alexandria Ocasio-Cortez, Bernie Sanders, and their Green New Deal. They’ve convinced Joe that for him to receive the votes of their followers, he must destroy the coal industry, end every coal miner’s job, and close coal fired electrical generation. They’ve convinced him we must all drive electric cars, ride on electric busses, and ban oil exploration and fracking.

Even though an end to fracking means America is forced to surrender its energy independence and return for it’s energy to those in the Middle East who really dislike us. Giving those countries that kind of power could shut down our economy worse than a Chinese coronavirus. Despite everything, Joe folded to get Bernie’s and AOC’s support. It wasn’t much of a battle, and Joe didn’t take that much convincing.

Joe loves big government and the big taxes that go with it. Those are the same taxes that gave us economic stagnation during the years he was Vice-President …. back when GDP was between 0% and 1.7%; unemployment was so high millions of workers gave up and dropped out of the workforce; and small businesses closed at record numbers.

And let’s not forget Biden’s answer to big government proposals for universal medicare. You’ll remember that Biden and Obama both promised Obamacare would expand access to health care and reduce costs. It did exactly the opposite on both counts. Biden thinks the way to fix Obamacare is to make it bigger. He wants to add an option that puts government in charge of your healthcare. Talk about ego. Only he can do what no one else can.

Obamacare isn’t the only failed Obama plan Joe wants to recast in his own image. He wants a mulligan on giving away free Obama-phones; to be renamed Biden-phones. He wants to return to Obama’s billboard campaign encouraging folks to go on food stamps and welfare. Under Obama, 47.8 million people participated in the food stamp program – a 70% increase during his Administration. Biden intends to out-Obama Obama and grow it even more. Now, that’s ego.

Joe’s talking as well about spending 100’s of millions to tear down the Trump wall that cost 100’s of millions to build on our southern border. Expect it to be called the “Biden-non-wall.” Another thing Obama never did that Biden wants to do is put illegal immigrants on track to become citizens. He dreams of 20 million former illegals locking in Democrat election dominance permanently.

Sure, looser border rules and easy citizenship for illegals would mean more crime, higher welfare and healthcare costs, and inclusion in government programs like social security. But if burying Americans in higher taxes and bigger government debt is what it takes to assure one-party Democrat control, so be it. If drowning the victim is required to rescue her, well that’s the price you pay.

Biden will do whatever it takes because only he can save whatever little is left when he implements government health care, huge tax increases on workers and businesses, open borders, and a Green New Deal that replaces free markets with socialist government.

Another Obama policy Biden thinks he can do better at achieving is bringing more Muslim immigrants to the U.S. That Muslims tend to support authoritarian government of the kind Democrats yearn for here is reason enough to overlook their support for Sharia, the death penalty for gays, and the subservience of women (I’m not sure Jill Biden has totally signed off on that last one yet.). Or maybe Joe thinks he’d benefit if Americans accepted the Islamic tradition of much older men marrying very young girls. The Obama-Biden Administration was the most liberal in American history. Biden thinks it wasn’t liberal enough.

Whether its election reform, gun confiscation, or forcing taxpayers to pay for abortion right up to the point of birth; Joe thinks he can turn all Obama’s unrealized policy ambitions into brilliant left wing successes. It’s great irony that Joe is so obsessed with besting Obama’s very liberal record because he often sites his tenure as Obama’s Vice President the “greatest honor” of his life.

I know there are quite a number of voters who like Trump’s policies, but are put off by his flamboyant egoism. Let me caution those folks though not to mistake Joe Biden’s “aw-shucks” persona as a lack of ego.

Anyone who believes he alone can save the country, and is willing to destroy it in the process, exhibits something worse than arrogance and ego. He exhibits an attitude that justifies any action it takes to win, and that’s dangerous.

Daniel Greenfield: A Left-Wing Group is Planting Hundreds of Activists in Local Papers