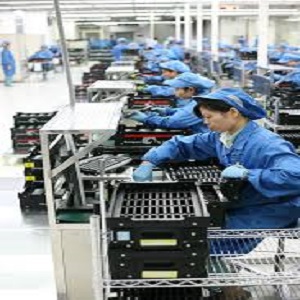 Five decades ago, China was our enemy. Then Richard Nixon saw the opportunity to win a skirmish in the cold war by leveraging China’s distaste for our more immediate enemy, Russia. The problem is that once we’d won the Cold War, we didn’t recalibrate. We failed to recognize the monster we’d helped create.

Instead, we overlooked moral and economic abuses by the Chinese Communist government in a vain conceit, promoted by a more vain establishment, that China would eventually come around to our political system if only we could lure them toward our economic system. And so we enticed them with “most favored nation” status in 1980, made it permanent in 2001 when we welcomed them into the World Trade Organization.

As a result, China’s economy did indeed change. What had been annual trade of $100 million in 1972, exploded into $1 billion in trade flowing each and every day between the U.S. and China. In 4 decades, China has gone from one of the poorest countries on the planet to the 2nd largest economy in the world.

What did not change was the strategic goals of the Chinese Communist government. They have no interest in being number 2 — not in economics, not in global influence, and certainly not in military power. If Trump had not been elected President, their progress toward world dominance would have continued at a breathtaking pace.

Let’s be honest, presidents since the 90’s have done little to slow China’s rise. The Communist authorities might be nefarious, but they’re not stupid. They’ve studied the get-along-go-along attitude popular with the U.S. foreign policy establishment through the past 40 years. China had every reason to believe that with President Hillary, business would continue as usual.

Instead, Trump’s election was a knee to the establishment’s most vulnerable parts. Trump didn’t like their trade agreements with China so he tossed them and imposed tariffs. Predictably, China retaliated with tariffs of their own. Less predictably, Trump did what previous presidents had not; he refused to fold to the establishment, and instead says, “I’ll see your tariffs, and raise you, by a lot.”

The damage wasn’t confined to China’s economy, it threatened its regime. Something dictators often learn too late is that if you give people a little, they want more. The Chinese people had finally tasted a little prosperity and now want more. They enjoyed a little freedom, now they want more. To keep the domestic peace, the Communists realized they had to get their economy back on track and sign a new trade agreement.

Then the coronavirus upended the plan.

They closed Wuhan to domestic Chinese travel, but allowed infected Wuhan residents to travel internationally, passing the virus to unsuspecting victims in 184 different countries. Hundreds of thousands went into hospitals, millions went into quarantine, and more than 200,000 went into morgues – so far. They hoarded masks, swabs, and ventilators. Then they sold those goods for 5 to 8 times their pre-virus cost.

We don’t know yet everything we need to know in order to most effectively fight the virus. China’s still not talking. We do know their deceit and malfeasance will continue to cost a huge number of lives and ruin the livelihoods of many millions of families. We can’t afford any longer to hope China changes. This pandemic has taught us the establishment’s wishful thinking won’t work.

We need to pull the electrodes out of the monster we created and give huge tax breaks to companies that move their manufacturing away from China to the U.S. We should also mandate any item made in China bear a large bright label that says, “Made In China.”

But breaking commercial ties isn’t enough. We must also stop China’s thrust for military dominance wherever it occurs. We need to expand our arsenals of munitions, ships, planes, and troops.

But that’s still not enough. We need to recognize that Trump’s instinct to end U.S. dependence on cheap Chinese manufacturing was 100% correct. And above all else, we must demand our leaders make Trump’s independence initiatives official national policy.

Is Gov't Tracing Our Actions A Paranoid or Realistic Concern? You Decide.

For Democrats, Truth Is Adjustable