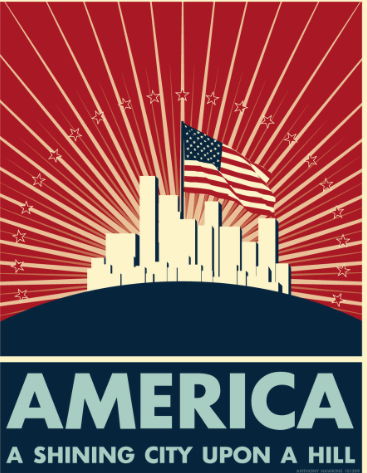 To be perfectly honest, I have had a difficult time processing the current COVID 19 pandemic. I have tried to take an impartial non-partisan stance because I really have no idea what to make of it. The virus is an enigma. No one seems to be able to definitely state whether I can catch the virus by walking down the street or if I can catch it from petting someone’s dog.

I figured that in due time, my thoughts on the pandemic would become more clear. I was just looking for something to push me into taking a stance one way or another.

Then I learned that CNN is holding a town hall to discuss “facts and fears” about the Coronavirus they and are including teenage environmental activist (and media darling of the left) Greta Thunberg.

Greta Thunberg? What makes her any kind of expert on anything, including the environment? She doesn’t hold a Ph.D. in any scientific field and is hardly a trained researcher with a ton of scientific papers to her credit. Her thoughts on the Coronavirus are of no interest to me. In fact, her inclusion in CNN’s town hall only serves to make me more suspicious of the narrative surrounding the pandemic.

How can CNN, the network that pompously calls everyone else ‘fake news’, expect to be taken seriously? Having Grunberg on their show is just as ridiculous as having Dr. Anthony Fauci in a round table discussion concerning Major League Baseball or having Speaker Nancy Pelosi discuss the finer points of deep-sea fishing. Maybe they could have Chief Justice John Roberts on to discuss the engineering and technological obstacles associated with a manned mission to Mars. If CNN were legitimate news they would only include highly qualified and preferably apolitical persons in the discussion. Instead, they are only reinforcing their image as proprietor of leftist propaganda.

Clearly, this country and in fact the whole world is facing a crisis. COVID 19 isn’t something to be taken lightly. I think any reasonable person can agree that this disease is deadly. However it isn’t the bubonic plague. The world has faced international pandemics in the past, but this is the first pandemic to hit in modern times. This means we have knowledge concerning previous pandemics and as such it’s the first time our government has taken steps to prevent its spread. Unfortunately, we have no way of knowing whether the steps taken were correct.

This has created a serious dilemma moving forward. If the President and state governors open things back up and the virus spreads rapidly they will be accused of opening things up too soon. If they open things back up and there is only a marginal increase in the number of cases, then they will face criticism for overreacting to the situation and harming the economy unnecessarily.

President Trump has been put into an impossible situation. No matter what he does, he will be criticized. There is no precedent for this kind of situation. He can’t look to history for guidance. A situation like this has never happened before. How can Trump or anyone else be criticized for having to make such overwhelming decisions? Neither he nor his Democratic naysayers can truly say they had a ton or training for such a scenario.

All I can do is glean whatever information I can and try to arrive at conclusions myself.

The main thing that bothers me is that closing everything down doesn’t do anything to eradicate COVID 19. It isn’t like the virus will naturally die out while we stay at home. Whenever we reopen, the virus will still be there. All staying at home has accomplished is keeping the hospitals from being overwhelmed. However, how long can we stay closed? Is a widespread outbreak an unavoidable situation?

If our economy is the mechanism by which the American people are fed, you can’t shut it down indefinitely. For now, we have sufficient reserves, but those reserves won’t last forever. It’s analogous to a situation in early frontier America. The safest thing may have been to barricade yourself into your home. If you had ample food supplies, you may be able to avoid danger for a while, but eventually you have to wander out again once the food supply is gone. You have to face the danger or starve.

I think that is the situation this nation faces right now. Stay home and risk starving or venture out and take our chances. Since this country was built on bravery and courage to face the unknown the only option is to face the danger. The key is finding ways to mitigate the danger. Just as an American frontiersman had his trusty rifle to hunt for sustenance we too have methods of protection. Wearing masks and using common sense is our greatest weapon. We can also leave the more vulnerable at home while the stronger provide for them.

To me, there is something much more important than whatever challenges or threats America faces…it’s how we respond to those challenges and threats. Our response is what defines us. When the Japanese bombed Pearl Harbor, the nation rose to the challenge. We mobilized and built a mighty war machine. When the Soviets put a man in space, we set our sights on putting a man on the Moon. In both cases we responded to the challenge. In more recent times however, our responses haven’t always made sense. Take airline security after 9/11. Is it really necessary? Does it actually make things safer or just make us feel things are safer?  What if a group of 4 terrorists consisting of men that were each 6’8 and 300 lbs decided to board a plane and commandeer it? Sure, I’m all in favor of metal detectors but the reality is we can’t prevent everything.

The Coronavirus poses much more serious issues than making air travel less convenient. It threatens some of our most vital freedoms. It’s like a double-edged sword. On the one hand I can agree with limiting gatherings to a certain number of people, but I also find it unsettling when the government tells people they can’t attend church and pastors are arrested for attempting to hold services. Doesn’t government interference with religious services establish a dangerous precedent? What about all the other individual freedoms that have been compromised?

Once the government establishes/defines a situation they can use to justify limiting our freedoms, what is to keep them from deliberately creating another situation to accomplish the same thing.

Going back to the analogy of having enough food supplies to stay at home: Most people can only store a limited amount of food before they have to go out looking for more. However, there are some who have enough food to last indefinitely. The problem for those with plenty of supplies is that those who don’t have enough will eventually be forced to steal from them. That’s the biggest threat to ur country right now. As the economy remains largely closed, people will get more desperate and desperation leads to lawlessness and chaos. It’s a matter of human nature.

Commentary: Democrats and Collusion on All Fronts