The Imperial College’s doomsday models that inspired lockdowns worldwide have officially been exposed as a jumbled mess of bad coding and flawed models by experts who were finally allowed to test it this week.

The reviews were less than glowing.

“In our commercial reality, we would fire anyone for developing code like this and any business that relied on it to produce software for sale would likely go bust,” David Richards, co-founder of British data technology company WANdisco, told the Daily Telegraph. “It’s a buggy mess that looks more like a bowl of angel hair pasta than a finely tuned piece of programming.”

Wow. Researchers at the University of Edinburgh were also disappointed when they tested Ferguson’s program. “There appears to be a bug in either the creation or re-use of the network file. If we attempt two completely identical runs, only varying in that the second should use the network file produced by the first, the results are quite different,” the researchers wrote on the Github file. In other words, Prof. Ferguson built a calculator that gives you a different answer each time you add one plus one. But unlike a normal (broken) calculator, this one was used to craft extreme government policies that have killed more jobs than Black Tuesday.

So how did this happen? Why have 100,000 businesses gone under forever in the U.S.? Why have over one million people in my home state of North Carolina lost their jobs when only 650 of their neighbors have died? 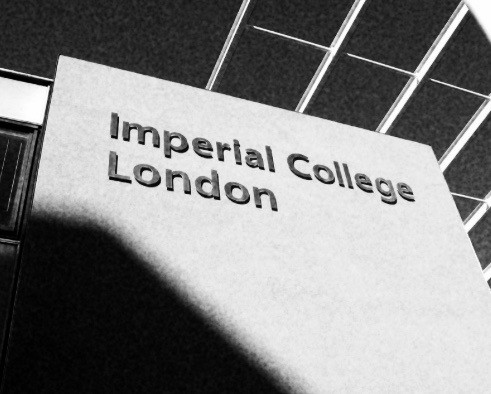 On March 16th, British scientist Neil Ferguson released the Imperial College paper, entitled, “Impact of non-pharmaceutical interventions (NPIs) to reduce Covid-19 mortality and healthcare demand.” The paper was immediately accepted by British politicians, the Left’s so-called “consensus of scientists” gave it the thumbs up and BOOM. Overnight, the Imperial College paper became the most important scientific document to shape public policy in modern history. Both the U.S. and U.K. based their economy-killing responses to COVID-19 upon it and the shelter-in-place orders (see mass incarceration) it called for.

At the time, I strongly argued that, like Al Gore’s hockey stick graphs, no one should make any serious decisions based upon one group’s report, pointing out that it had not even been peer-reviewed. But I don’t have an M.D. after my name, so what do I know? Even worse, I’m just a Libertarian-leaning conservative, so all of this is clearly over my anti-science, bigoted head. But it’s been 2 months since that powerful paper inspired the shuttering of all businesses, shelter orders, masks in public, social distancing and the widespread chaos that those measures create, and we’ve learned a few important things.

First and foremost, everyone needs to know that the paper’s author, Prof. Ferguson, didn’t believe his own report. He was recently forced to resign his position as an adviser to the British government, after being caught violating the very stay-at-home orders he’d so vigorously recommended. The good professor didn’t think that leaving your home was really a death sentence, after all. Apparently, Old Neil had been maintaining an affair with a married woman from across town, one Antonia Staats, a far left campaigner for an American firm, “Avaaz.”

Antonia’s area of expertise? Wait for it…climate change. Yes, the same climate change that has, like Professor Lockdown’s buggy program, spread fear and panic worldwide using the same so-called “consensus of scientists,” debunked hockey stick models and numerous failed predictions of its own. In a dark way, Neil and Antonia are just perfect for each other. She was seeing him after he’d tested positive and shortly thereafter, her husband started to show symptoms, but fortunately, COVID-19 has a really hard time killing people under 60, so everybody’s okay.

The second critical thing we’ve learned since the Imperial Paper, is that the lockdowns didn’t make much of a difference. Nations like Sweden, that did not shut down their economies, have had almost the same infection and mortality rates as places like the United States. Basically, when Professor Lockdown told us that the best cure for a headache is to eat cyanide and set yourself on fire, Sweden said, “Ah, no thanks,” while we were busy dousing ourselves with kerosene. All of this chaos came from a buggy program and a paper that wasn’t even peer-reviewed.

We basically killed our economy, destroyed small businesses, and dashed dreams because a Magic 8-Ball told us to.

Sweden, on the other hand, listened to business leaders like Jacob Wallenberg, who championed a “life versus life” perspective, weighing economic hardship, freedoms, and civil unrest alongside potential health risks. They took a measured approach, pumped the brakes and only lost .3% of their GDP in March, while the rest of Europe lost an average of 3.5%.

And lastly, we’ve learned that COVID-19 has more in common with the flu than SARS. WHO published a report in October last year entitled, “Non-pharmaceutical public health measures for mitigating the risk and impact of epidemic and pandemic influenza.” The report explicitly rejects draconian measures like contact tracing and lockdowns for flu or flu-like epidemics and pandemics. Yet, the Imperial College apparently failed to do their due diligence before setting the world on fire as Professor Fergusson played his fiddle.

In true bitter-clinger fashion, allow me to close with a scripture. Proverbs 13:16-17 advises,

16 Wise people think before they act; fools don’t—and even brag about their foolishness.

Public officials, the next time some professor or activist suggests that 2.2 million Americans will die if we don’t ____, will you please remember the words of Solomon and think before you act…especially when the proposed solution involves ruining millions of lives? And for my fellow rank and file citizens, please view any extreme claim with skepticism until you’ve taken the time to research it. “Trust but verify,” as Ronald Reagan so eloquently put it, even when it comes to people with doctorates. I have no doubt that Prof. Ferguson, Dr. Fauci and rest of the Lockdown Mob are smart, but are they wise? Dostoyevsky hit the nail on the head when he observed that“it takes more than just intelligence to act intelligently.”

ADDENDUM: I’m off to defy the lockdown order in my state by reopening my business this afternoon. Wish me luck!

Molotov Mitchell is a writer and producer for We Are Thinking, a Q&A site with answers from experts and Mensans.

Barry Shaw: The Battle for the Reputation of Hydroxychloroquine