As of this writing, Vermont Senator Bernie Sanders has dropped out of the 2020 Presidential race. We all kind of knew it was coming. While Bernie has a ton of supporters, the Democrat Party was never going to allow him to become the nominee and essentially the face of the Party.

When he announced the end of his campaign, Sanders also stated he intends to keep his delegates, and will have an active role in determining the Party platform. That leaves Joe Biden as the last man standing. That means that his decision on a running mate is the first order of business. Many names, names we have all heard have been tossed around. But regardless of who is ultimately chosen by Biden himself, will that person be more than willing to join the race? Will they deem it a wise career move in light of the daily gaffes, and rambling statements and actions made by Biden that will only get worse the closer we get to November? 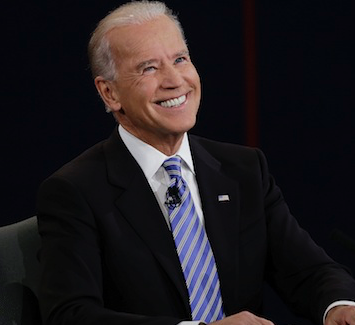 So, who might be in contention for this “vaunted” position? Recently, Biden insisted that his choice would be a woman. A woman gives Uncle Joe a two-fer. He believes this will throw the female vote his way, and nullify all of those creepy hair-sniffing photos that Joe is well known for. And the biggest bonus; maybe fewer people will believe the current sexual assault allegations made by former staffer Tara Reade. The decision must encompass many factors. If Biden does in fact select a woman, the usual identity politics of the Democrat Party must be considered. Age, race, what area of the country does the possible Veep hail from? Is she from a state that might be subject to Democrat loss?

According to a recent New York Post piece, the current frontrunner may be a bit surprising. The article puts Minnesota Senator and former rival Amy Klobuchar currently front and center. She is from a state that is traditionally blue and therefore could be a reliable pick up in the Electoral College. She is considered to have some decent political skills, and is generally seen as a moderate, which would counter the argument that the Democrat Party is lurching far left into Bernie Sander’s back yard. However, African-American voters, the most reliable of voting blocs for Democrats might show their disappointment in Biden not picking a black running mate that some may stay at home. The other pertinent question is whether or not Klobuchar brings disgruntled Bernie voters to the table.

Michigan Governor Gretchen Witmer’s name has been heard more since the outbreak of the Corona virus. Her extreme stay-at-home and business shutdowns have made national news. But what has also made national news is the anger brewing among Michigan residents who have had enough of Whitmer’s obvious power trip. While her actions may please the hard-core big government far-left of the Party, the Biden campaign may not want to be hindered by a Governor whose constituents are, as of this writing, gathering to protest in Lansing again and again. That is bad optics.

Another named that has been on short lists is Illinois Senator Tammy Duckworth. Her name is not usually associated with the far Left, but is a reliable liberal vote. Duckworth is an Iraq war veteran, having lost both legs during her service in that conflict. Her status as a veteran would give some much-needed credibility to a Party that is very often seen as pacifist and not Military and veteran-friendly. In addition, as someone with a disability, she would be seen as a built-in advocate for the disabled community.

The name most seen at the top of Vice-Presidential candidate picks has been California Senator Kamala Harris. Harris checks off the most boxes on the Veep qualification list. She is an African-American woman, and the daughter of Indian and Jamaican immigrants. Perhaps her most visible moment during the Democrat Debates was a beat down of Joe Biden on his support of forced busing of minority students in the 70’s. Harris claimed she was one of those affected by busing.

Massachusetts Senator and former rival Elizabeth Warren has stated that if asked, she would accept the offer, and former Georgia gubernatorial candidate Stacey Abrams has done everything but stand in front of the Biden Campaign Headquarters, jump up and down and yell, “pick me pick me”!

But who among these potential Veeps are willing to possibly sacrifice a potential rising star status within the Party to bail out the old white guy they said would not be the nominee because he is an old white guy? For the Party, Warren may be on the take-one-for-the-team chopping block Biden doesn’t realize he is on. Her best days are behind her, and it might be best to offer up a Cabinet post to her. Amy Klobuchar, while a bit younger, and even though she is a former rival, still might not have name recognition, and would have a few more terms in the Senate left unless Minnesota lurches even further left, and voters decide she is not left enough.

Of the other possible picks listed, they are young enough to have a viable future in the Party. Is it worth it to always have “Biden Vice-Presidential candidate” in front of their name as a description? And in the case of women, will they be seen as condoning any more Biden groping and assault accusations? After all, all women must be believed. Unless of course they are accusing a Democrat man.

Because of all the identity politics that must be played within the Democrat Party, this process of picking winners and losers, and the reaction of said winners and losers should, if nothing else should be fun to watch.

Barak Lurie: The Math Of COVID-19