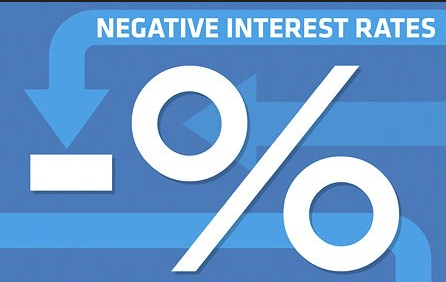 The Federal Reserve has reached well into its bag of tricks to fight the economic impact of the lockdown of the United States economy. Massive amounts of money are being printed and other financial mechanics being deployed in the name of saving the economy. Currently, we see the Central Bank debating a Negative Interest rates environment and one must ask, “what does this all mean?” Negative Rates may seem like a great idea but, when we look deeper, we find a disaster waiting to happen.

Negative interest rates are summed up this way – you are “paid” for borrowing money and deploying that money into the economy. If you decide to take a loan and leave the money in the bank, you will be subject to paying the bank to hold that money not being put into circulation.

A typical reader may say, “well wait, what’s wrong with getting paid to borrow money?” I’m glad you asked. Economic activity is based on preference of economic actorswho deploy their capital into goods and services based on their personal needs and desires. These people’s preferences can be influenced based on things like interest rates, inflation, deflation and subjective analyses of need.

What happens when a bubble becomes too big? It pops. We have seen these many timesin our recent economic history, the Japan Real Estate and Housing Bubble, DotCom Bubble, US Housing Bubble to name just a few. All of these bubbles were fueled by corresponding economic policy that was meant to be stimulative.

Do not get me wrong, asset bubbles do happen without central bank intervention into the economy. It is normal to expect such based on basic economics however, when policy is implemented to enhance or influence economic activity, these asset bubbles are larger, more pervasive and more disastrous when they burst mostly to those who cannot afford to lose the money they have deployed.

Beyond the bubbles that will be created by this type of policy, do we want to put forth a policy that completely eradicates any benefit to saving money? In a negative interest rate environment, where saving is penalized, are we not setting ourselves up for a disaster of epic proportions? Imagine what it would be like if we were to have let’s say, a pandemic, amidst an environment where people are fully expected to have little to no savings? This could lead to an economic calamity that has not ever been seen. As has been evidenced by our recent experience with COVID-19, black swan events tend to decimate those who are at the brink of economic survival before the event and are wiped out entirely once the black swan event hits.

Thankfully, we have signals from the Federal Reserve that this type of policy is not preferred at this time. Do not be surprised however, if we begin to see the war drums of this policy beating shortly. Those who sell assets like, stocks, bonds, homes, etc., would love to see this policy in place because they would see asset prices rise in conjunction with this policy play. Like anything else, listen to what is being told to you, understand what it truly means, and discern how it impacts your personal financial bottom line. Here, the beneficiaries of this policy prescription are the peddlers of assets and “the rich” so, be wary of those selling you this policy, and of course, follow the money.

Losing More Than We Gain