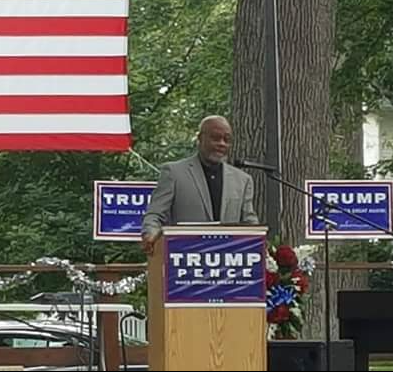 The recent racial slur that Joe Biden made on the morning of  Friday, May 22 would never have come out of the mouth of President Trump. President Trump respects every American.
The racial slur came from Joe Biden because that’s his character, and his true nature.
His comments this morning should remind everyone of his dark past, and how he has responded to, and commented on questions about Blacks throughout his political career.

We don’t need to go back very far to expose him.

He has consistently degraded Blacks and others collectively as a group as well as one on one.
Remember the Convenience store clerk comment?
He degraded Barack Obama, and made negative comments about him during the Obama campaign.
He has made lots of negative comments regarding the intelligence of Blacks. Friday’s comments are no exception and further builds upon that record.

Let’s not forget how he treated Justice Thomas during his Supreme Court Hearings. Biden tried to give Thomas a ‘High Tech Lynching.” Thomas didn’t fit the template of who or what a Black man should be in Biden’s mind.

Biden’s solution was to smear, degrade, and punish him.  Unfortunately it didn’t stop Thomas from being confirmed, thank God!

Biden needs to be confronted over this gross racial statement, and Blacks from every walk of life need to demand an apology from him.

But of course they won’t, because most of the Blacks who are aware of this incident, especially those who consider themselves Democrat Party supporters, are still on the Plantation, and dance to the Master’s music. Biden is one of their Masters playing the tunes.
When will the Black community ever wake up?
I don’t support Mr. Biden, and I don’t have doubts about my Blackness. I can decide that on my own.  Also who I will or will not vote for or support is my decision.
He must think that I’m a product of Sherwin Williams or Benjiman Moore Paint, and has forgotten that I was born this way?
Share
Facebook Twitter Pinterest Reddit Share via Email Print