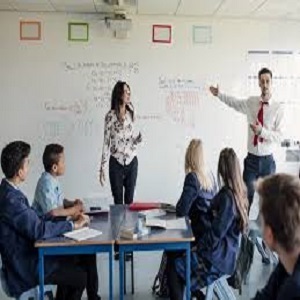 I admit that this article will be very controversial and sadly may upset many of my friends in education, a field I dearly love. It is strictly personal opinion based upon my own experiences and observations. This Pandemic has closed schools and caused a great deal of thinking about how to proceed not just next year, but years to come.

If there are any plusses to Coronavirus it might be that we may have to rethink the American education system. I tend to think ours is the best in the world, but we have many holes in it which is one of the things that have caused me to support home schooling. The loss of parental control in the education of their children.

However, even with the brilliant books and computer generated curriculums available, there can be home schooling problems with the children not having access to public schools. There have been reports of child abuse and too many cases of children needing free warm lunches who have not had access to the benefit of home delivery.

As a former teacher with forty years experience I feel there are some things I could do better in a classroom setting than in the living room with a student. In those years of teaching, I often found that each class has its own dynamisms, a rhythm like no other class as the students meld into a team.  I have had former students tell me the same.

Now as to our school systems in this country, they have been threatened more by communities losing much of their control and influence over the education of the children. This is contrary to how our public schools were originally planned and the whole education system has drifted toward making us a socialistic state. We need to get our education program back to meeting local and community needs.

It has made me recall something from back sixty years ago, when at the University of Virginia working in a graduate class, we were assigned to come up with a plan for a high school building that would meet the needs of every student. I developed what I hoped would incorporate the best of team teaching and involve the community in the school. It was a futuristic plan that completely did away with our concept that school has to be isolated in one building.

Why not have a year round program with a set of buildings, one for each department? Each community would have separate centers for each department, English and Foreign Languages, Math, Science, History and Government, The Arts and others. Each center would have spaces for large groups for films and lectures, and spaces for small groups. Teachers would have the usual home rooms to start each day and from there spread out with different learning activities. Each center would have differences of course. And each would have a Head Teacher.

The Science Center would have laboratories for research and experimentation. The Center for the Arts would have a theater for plays and special facilities for bands and choirs. While the English and Foreign Language Center would concentrate on American and English literature as well as writing and grammar there would be classes in French, Spanish, German and other languages as needed. Why not, if in a Polish community, have classes in that native tongue so young people could stay in touch with their heritage.

Of course there would have to be a consideration for students with special needs and this would be built into each center. English as a Second Language is a case in point. All the students would need to have attention paid to individual differences. No carbon copy system like we find in too many schools today.

Let us not forget one very important area being neglected in many parts of the nation today. We need to get over this bias that every child needs a college education. There needs to be a Center that concentrates on basic services we are often in short supply of. That includes every thing from carpentry to electrical engineering. And of course the good old classes in home economics

There are two questions that would come up. First how would students navigate from Center to Center. Actually they would not. In a year round program the students would spend one month or more in each center. The school bus system would have to be revised for those not within walking distance of a Center. That may seem complicated at first, however creative planning should eliminate any possible problems.

Second and one that would seem very big in our sports minded culture, what about the sports program? This could be handled outside the normal class time. Instead of high school teams we would have community teams whether football, baseball, basketball, track or any other of a number of sports. School spirit would be replaced by Community Spirit.

This is not to leave out elementary education, say grades kindergarten through six. These schools would have to be modeled differently due to age differences and in a sense could bring back the merits of the old one room school. Ungraded. Students allowed to advance by ability and not be restricted to age. Talented students would benefit greatly. The transition from elementary to high school would be done carefully and with a greater emphasis on meeting students needs.

There would be a great deal of opposition at first based upon the money involved. And yet every year millions of dollars are allocated in every school system for renovating older buildings and building new ones. The Centers by no means would have to resemble the school buildings we have now. There are also many vacant buildings in nearly every community that have been abandoned by a company going out of business. A waste of a community resource.

School administration would also change a great deal to meet the demands of teachers and students. The delightful part of this program might mean a forced changes in colleges.

Have you ever wondered where we got the notion that high school should be four years. It is largely based on the fact that colleges are four years. That  is a carry over from the college systems in Europe that goes back hundreds of years. Now how did colleges in Europe come up with four year plans? It was gotten from the first universities during the Middle Ages. These schools drew students mainly from the upper classes and were all male. The idea was not just that four years gave you the perfect amount of education. It also made sense that young men needed four years to allow them to sow their wild oats and be ready to assume adult responsibilities when they returned home.

Now despite this idea being loved by college instructors at the time, this general outline has never fully been tried, and I freely admit it may be a plan too futuristic to consider. However, the point is we have let ourselves be hampered by thinking that we must keep doing the same thing over and over in education year after year, decade after decade, and century after century.

If any nation can make the universal changes needed in education it is ours. It will take innovative planning and with the goal of helping every individual student be the best he or she can be without the restrictions of a socialized formalistic government running things. We must restore the rights of local school governance if we are to survive as a nation. The Pandemic has already served as an excuse for some governors to take away these very rights.

Daniel Greenfield: A Tale of Two Funerals in New York

Democrats Want Us To Live In Opposite World