There’s a You Tube channel with more than 12 million subscribers called “Opposite World.”  It’s a Minecraft puzzle game popular with young people.

But Opposite World could apply even more obviously to politicians who attack others for the behavior they most resemble. Political Opposite World is populated most densely by Democrats. And among their Opposite World ideas is that the trouble with Donald Trump is his dictatorial tendencies. 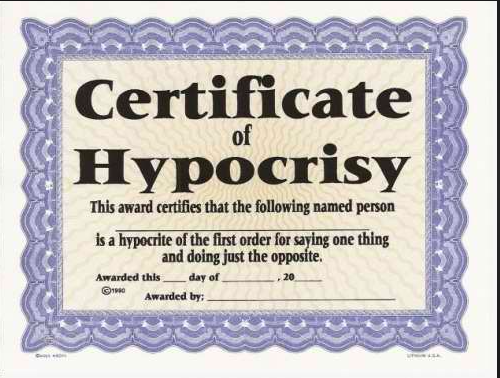 Bill De Blasio, the Democrat Mayor of New York City, banned protests by New Yorkers who don’t like his mandates. Mandates, by the way, he personally has regularly been caught violating.

A Democrat “activist” judge in Texas jailed a young mother who opened her hair salon so she and her employees could feed their children. He also fined her $7,000.

The Democrat Governor of Michigan declared it illegal for husbands and wives from riding in the same car.  She also forbid people to buy seeds and garden products, mow their lawns, and blocked off the sections of stores that sold American flags.

The Democrat Governor of California shut down beaches in a primarily Republican county.

Democrat Governors up and down the east coast forbid people from attending church and synagogue, and even jailed a pastor who held a church service over the internet while his congregation listened in their cars in the church parking lot.

Democrat Governor Phil Murphy of New Jersey said he, “wasn’t thinking of the Bill of Richts” when he ordered much of his state’s economy closed and enforced social distancing.  He said about considering the Constitution of the United States before making executive orders, “that’s above my pay-grade.”

Murphy’s disregard for our country’s constitution while enforcing his mandates should be a gut punch to anyone who cares about the potential tyranny of government.  It wasn’t though for most Americans.  It was mostly accepted.

In blue states across America; governors, mayors, and even local politicians are using the Wuhan Virus as a chance to attack the values, the rights, and the fundamental freedoms that underlie the foundation of our Republic.

Now, the Democrat Governors of America’s biggest states — New York, California, Illinois, New Jersey, Pennsylvania, and Connecticut — are demanding a trillion dollar bail out for their states. Not because of the economic fall out from the Chinese virus, they were given 400 billion in the first relief bill. Rather, they want America taxpayers to pick up the tab for their past fiscal responsibility.

These governors want the money to pay primarily for the shortfall in their public employee pension programs. These are pensions they’ve failed to properly fund for more than a decade. They are pensions that nearly guarantee public employees in their states are millionaires when they retire after only 20 years of employment.

Fortunately, President Trump isn’t buying their sob stories. Yes, he’s agreed to further payments to cover funds lost because of the Wuhan virus, but he’s refused to force taxpayers to pick up the tab for their prior mis-management. He should refuse. With a bail-out, nothing prevents them continuing their irresponsible behavior.

Illinois confronts near imminent bankruptcy, but they give drunk sailors a bad name as they continue their unrestrained spending.

Lori Lightfoot, the Mayor of Chicago, is happy to fund programs for illegal immigrants and release some 4,000 convicted criminals from prison, including 143 child molesters, while sending police to arrest parents “guilty” of taking their children to a park. Lightfoot, by the way, was caught violating her own social distancing orders by getting her hair done. When caught, she explained she took her hygiene seriously. In other words, “the rules that jail you, don’t apply to me.”

It’s interesting that Democrats accuse Trump of dictatorial tendencies while they run roughshod over our Constitution, make a mockery of the rule of law, and spend taxpayer funds taxpayers haven’t yet forked over.

Even more ironic is the fact Democrats attack Trump for his being a dictator while at the same time attacking him for not using force to require that Americans observe their preferred behavior.  His refusal to use the Defense Production Act to force manufacturers to make the products they want.  His suggesting health care professionals be allowed to use generic drugs to treat the victims of Covid even when those drugs seem to have worked in other countries. His stated desire to lift restrictions safely, but as quickly as possible.

It is a sad reality of human life that people tend very often to accuse others of the very flaws which most inflict themselves. That is clearly the case with Democrats. They have to corrupt the meaning of nearly every idea, value, and word in an effort to hide from themselves and others their own “do what I say, not what I do” attitude.

But the more they do it, the more people see the truth: that Democrats want to force us into “Opposite World.” And that’s a place of petty autocracy, corruption, and injustice where most Americans have zero interest in living.

Left's Next (Terrifying) Corona Strategy: Removing People from Their Home