A majority of states have issued stay-at-home orders for 95 percent of the country to prevent the spread of the outbreak. In California, Gov. Gavin Newsom has said he won’t ease such orders until he feels and sees consecutive weeks of declining hospitalizations and widespread testing. On the other hand, he is handing out free cash to illegals while 1000’s of Americans stand in line or in their cars to procure food to feed their families. By every passing day, the lines grow by the hundreds.

As more Democrat Governors clampdown on our constitution and the bill of rights, you feel Americans are 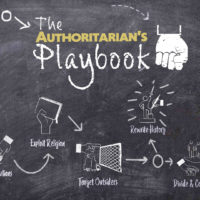 getting restless. The relentless protesting is putting pressure on local and state governments to “Let their people out”. President Trump has stated “Our country wasn’t built to be shut down, “This is not a country that was built for this.” Loosening of the guidelines sooner rather than later would offer a boost to the U.S. economy, particularly in areas where the virus hasn’t had as significant of an impact.

President Trump has openly encouraged Americans to speak up, but he has cautioned keep social distance restrictions in states with stay-at-home orders. A day after he had announced guidelines for how the nation’s governors should carry out an orderly reopening of their communities on their own timetables, most Democrat Governors felt that they will maintain control of their newfound power, some that live in President Trumps red states do not want the people to go back to living their lives. To those Democrats, it’s all about the power and suppression of the American spirit.

The coronavirus pandemic is, as most of the prominent virologist’s comment, something that is going to stay for a long while – at least until there is a vaccine or an effective treatment in place that can protect everyone from the raging virus. The vaccine trials alone would take a minimum of one year to gain momentum and begin. There are multiple intricacies that the scientific world must, before the trials, turn to and address. But, countries, especially those as big as the US, cannot go on imposing lockdowns every time a wave of viral surge erupts. Such an option is not feasible. While there is not enough in terms of food-stock and amenities to meet the demand of consumers who are now staying within the four walls of their home, if this situation of a lockdown continues and is prolonged, it will be impossible to cater to even the most basic of these needs of the people. Liquidity in the economy is essential to keep supplies running in accordance with demands; and for the maintenance of this liquidity, people must work. The prospect of working from home needn’t be applicable to all professional fields and jobs.

Businesses across the globe have had to face an unprecedented collapse in the face of the viral outbreak. The IMF predicts a recession of the same scale as that of the 1940s. With the stock market in a fix and the shares being pushed further into the sale market, investments are hurt. The fall in economic growth may not be one that can be tended to with government relief packages or action. The decline, if not dealt with in the early phases with prompt response, will only worsen with each passing day. Unlike other years or periods, even a single day in the present context matters. According to estimates, small businesses have been the MOST sensitive and vulnerable industry and has been the most affected by the pandemic owing to the complete shutdown and government-mandated closure of every business in the United States. Understandably the travel bans and border restrictions have stopped industry in its tracks across the globe.  With more than a hundred countries imposing these restrictions on travel, the number of flights has dipped enormously. This ban, however, cannot be lifted unless the situation is partly under control. But, other business establishments can be brought back to life, provided the employers assure that social distancing measures and contact awareness will be maintained.  The unending continuation of a lockdown is something that takes into account a central tenet called ‘privilege’. Not all are well-equipped to spend without a regular system of earnings being maintained on the other end. More than 20 million Americans have now lost their jobs or have been furloughed. Small business has disappeared altogether, along with this; MANY have lost their hold over health insurance as well.

The lockdowns also have social implications. These further strengthen class divides and increase the extremities in a society. The struggles that would ensue from a situation worsened like this would only result in unrest that the government would not be able to tackle with ease then. Scarcity in terms of the availability of food, medicine, and other essentials would increase EVEN further. A factor that is often overlooked with respect to lockdown is the authoritarian undertone that it holds. It is only the most repressive establishments, such as China, which can implement severe lockdowns (given that practically everything is state-owned in the region); not democracies like America where personal liberty has been and continues to be given great regard. Authorities at all levels must look at alternatives (like reverse quarantining and cultivation of herd immunity or disease mitigation which is a possible ‘mid-way’) instead of adopting an anti-government attitude. The latter is sure to bear no positive results.

“The vast majority of Americans have self-quarantine, wear masks, and freely social distance it makes sense for themselves, their families, and the country. Free people act out of self-preservation, but they shouldn’t be coerced to act through the authoritarian whims of the state. Under what imperious conception of governance does a Michigan Governor Whitmer believe it is within her power to unilaterally decide what liberties she has the right to take away, or a Texas Judge jail a salon owner because she needed to feed her children? It is an astonishing abuse of power to issue stay-at-home orders, enforced by criminal law, empowering police to harass and fine individuals for nothing more than taking a walk, sharing a meal, living in a FREE country. The United States was established on a set of principles and ideals that have guided and shaped the public life of the country since the Founding

Yet this is exactly what’s happening”. The power grabs of authoritarians- local government dictatorships-tyrants, these politicians act as if a health crisis gives them license to “lord over the most private activities of the American people in ways that are wholly inconsistent with the spirit and letter of the Constitution”.

Now is the time to act constructively and democratically; and not like the extremely authoritative communist model of China.