Even while the media is blaring stories about the abuse of the Payroll Protection Plan loans from the Small Business Administration, its own industry took millions in loans and wants billions more.

Unlike many small businesses which were forced to shut down because of the lockdown, the media has been wrongly listed as ‘essential’ and exempted from the shutdowns, but that hasn’t stopped it from taking money that should have been used to compensate small business owners who can’t stay open.

Even when the media operations cashing in on the SBA loans aren’t anyone’s idea of a small business. 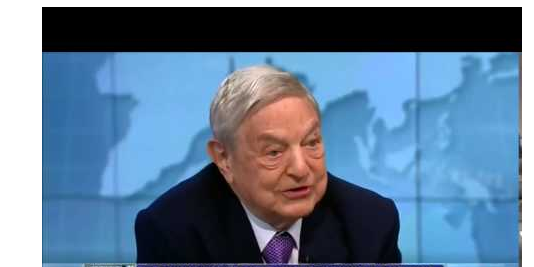 The Seattle Times maxed out its PPP loan with a $10 million payout. The Seattle Times is not only Washington State’s largest daily, but its parent company, the Seattle Times Company, owns two other papers, and had, as recently as 3 years ago, put out 7 papers. It also owned multiple newspapers in Maine which it sold off for over $200 million. It had two printing plants, one of which it sold. The Rotary Offset Press, which it still owns, continues to print a variety of magazines and newspapers.

While McClatchy has operated at a loss and filed for Chapter 11, it’s not a small business. Neither is the hedge fund likely to run it which is partially backed by, among others, CalPERS, the California Public Employees’ Retirement System, the largest and most politically correct pension fund in the country.

Is this really a small business?

Despite the façade of family ownership, national chains have owned much of the Seattle paper business since the Great Depression with McClatchy taking over from Knight Ridder. Even if you ignore all the wizards behind the Emerald City paper’s curtain, the Seattle Times Company has 849 employees.

How was the Seattle Times able to max out the SBA’s PPP loan? Double and triple standards.

If you deal in fresh fruit and have over 100 employees, according to the SBA, you’re not a small business. If you supply toys, you’re limited to 150 employees. But if you’re a newspaper publisher, you can have up to 1,000 employees and still be considered a small business.

That’s how a company that owns 3 papers, a printing plant, and its silent partner is one of the largest news publishers in America, was eligible to grab loans intended to keep small businesses afloat.

The Seattle Times wasn’t unique among the media in seizing loans meant for shuttered small businesses.

The Tampa Bay Times got an $8.5 million loan, close to the max. The Times Publishing Company also puts out 10 papers, a few magazines, and Politifact, a site which claims to ‘fact check’ politicians, but frequently makes false claims, puts out spam, and smears conservatives.

The Company is owned by the Poynter Institute for Media Studies, which is funded by leftist billionaires like George Soros and Pierre Omidyar.

And just to make matters worse, the Poynter Institute, which is officially a non-profit, also got a stimulus loan of $737,400 to cover its coronavirus “business losses”.

Poynter notes that as, “a nonprofit with under 60 employees, Poynter qualified for the loan.” But Poynter’s documents suggest that its newspaper business had $123 million in revenues with assets of $43 million.

That’s not a small business.

The Tampa Bay Times and its shady operations, the intermingling of non-profits and for-profits, is already suspect on its own. It should not have been taking money meant for small businesses.

But the media has been eager to pig out on small business loans even as it attacks public companies that took PPP loans. Axios, a media venture by Politico bigwigs, with around 200 employees, funded by venture capital and investment firms, including Jeffrey Katzenberg, the Hollywood tycoon with a net worth of $750 million, and NBCUniversal, scored a $5 million PPP loan.

But this obscene piggery isn’t enough for the media which wants a much bigger exemption.

Senator Maria Cantwell, Senator Amy Klobuchar, and Senator John Kennedy dispatched a letter urging a waiver on the affiliation rule “which restricts assistance to companies owned or controlled by larger entities.” This would potentially allow huge multi-billion-dollar conglomerates like Gannett to raid money intended for small businesses even as they lobby politicians to shut those businesses down.

The senators falsely claimed that keeping the media going was “essential to public health”.

Affiliation waivers would lift the 1,000-employee limit and allow newspapers owned by national chains to apply for loans as if they were small businesses. It’s the equivalent of having every Starbucks outlet claim that it’s just a small business serving the local community and won’t pass the money upward.

The media has been shaming other corporations that took PPP loans, yet it is entirely without shame.

There ought to be no more sanctimonious lectures about corporate bailouts from Democrats who want to bail out billion-dollar corporations while small business owners can’t get inside the front door. If affiliation rules are waived for the media, Gannett’s thousand plus newspapers would be ready to raid the SBA for loans that would likely never be repaid, while justifying the looting by arguing that the media is suffering because small businesses can’t afford to take out as many ads in local papers as before.

The media has already managed to loot at least $23.5 million meant for small businesses. Affiliation waivers would turn PPP loans into a bailout for media conglomerates that would be worth billions.

The media has already been allowed to operate while actual small businesses were shut down, even though there’s been a coronavirus infection spike in the media which, as far as we know, killed several people. It’s used its megaphone to push for more shutdowns of local businesses as non-essential even as it demands the right to raid the money intended for those businesses to fund its massive operations.

National media chains on the verge of bankruptcy want to exploit small business loans intended for coronavirus relief to keep their broken business model going for another few years before they fold.

The PPP loan program was not designed as a bailout for media giants and their pension fraud.

The Seattle Times, the Tampa Bay Times, Poynter, and Axios ought to be pressured into returning the money they took. And while that may never happen, any effort by politicians to apply affiliation waivers to the media ought to be fought as an obscene cash grab from small businesses to lefty corporations.

Left's Next (Terrifying) Corona Strategy: Removing People from Their Home