Over 7,000 of the country’s coronavirus deaths emerged out of nursing homes. 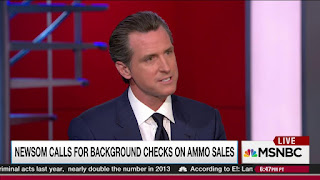 New Jersey’s coronavirus deaths were part of the coronavirus outbreak in 425 nursing homes. At one nursing home, after an anonymous tip, police found 17 bodies being stored in a shed.

Nearly 7,000 nursing home residents in the state have tested positive for coronavirus.

In neighboring New York, nearly 1 in 4 coronavirus deaths emerged from nursing homes. Those 3,060 deaths are only part of the story and represent an extremely incomplete picture. The Health Department had battled against releasing the information, claiming that it was protecting the privacy of residents. Even when the people pleading for the release of the information were their own loved ones.

And even now, only data from a fraction of nursing homes in the state has been made public.

Why were New York authorities so reluctant to release the information? Even the partial data makes it all too clear that the severity of the death toll was not due to urban density, but poor oversight and response. If urban density were the issue, Manhattan would have some of the highest numbers. Instead it has among the lowest, while boroughs with sizable nursing homes have the highest numbers.

The actual nursing home death toll in New York may be closer to 3,316

In New York City, while the official numbers peg it at 688, the actual numbers may be over 2,000.

And the death toll, actual or estimated, is only a part of a bigger picture with 8% of nursing home residents in the state testing positive for the virus. Those numbers make it painfully clear that the dying is likely to continue and that authorities have utterly failed to secure our most vulnerable population.

The Cuomo administration is blaming nursing homes. And while nursing homes often provide poor care and personnel often work in different facilities at the same time spreading the infection between them, it was the state that ordered facilities to accept coronavirus patients returning from the hospital.

Governor Cuomo’s Department of Health had issued an order that, “no resident shall be denied re-admission or admission to the NH solely based on a confirmed or suspected diagnosis of COVID-19” and also prohibited requiring testing of returning patients. Sending hospitalized patients with coronavirus to the same mismanaged nursing homes was a death sentence for countless seniors in those facilities.

As Betsy McCaughey, the former Republican lieutenant governor, has said, “One Covid-positive patient in a nursing home produces carnage.”

Is it any wonder that the Department of Health obstructed the release of nursing home fatalities?

In Connecticut, 40% of coronavirus fatalities emerged from nursing homes.

In Virginia, the majority of the coronavirus outbreaks have taken place in nursing homes. Like New York, Virginia’s Department of Health is refusing to release the names of the facilities with outbreaks.

That means loved ones have no way to know if their families are at risk.

Governor Ralph Northam’s administration is continuing to engage in the cover-up even as a quarter of the population in one facility died of the coronavirus. That outbreak was the deadliest in America.

In Illinois, Governor Pritzker’s administration had fought against providing the numbers of deaths and the identity of the nursing homes with outbreaks by claiming that it was protecting the privacy of residents, but finally began putting out some numbers about coronavirus deaths in nursing homes.

1 in 4 coronavirus deaths in Cook County, an area which includes Chicago, took place in nursing homes.

In Michigan, Governor Gretchen Whitmer’s administration also refused to release the names of infected facilities. What information reporters have put together indicates that over a third of coronavirus deaths in Wayne County took place in nursing homes. Every nursing home in Detroit is infected.

“We have a crisis in our nursing homes,” Mayor Mike Duggan admitted, as 35% of nursing home residents tested had the virus.

In California, 29% of the deaths in Los Angeles County have taken place in nursing homes. In nearby Long Beach, it’s as high as 72%. In one Central Valley home, 156 residents tested positive and 8 died.

The Newsom administration, like its blue state counterparts, dragged its feet on releasing nursing home information, until its feet were held to the fire.

Governor Newsom is now claiming that nursing home residents are his top priority. “This state has a disproportionate number of aging and graying individuals, and we have a unique responsibility to take care of them and their caregivers.”

Except that California, like New York, was forcing care facilities to accept coronavirus patients discharged from hospitals. Newsom, like Cuomo, has blood on his manicured hands.

The ten deadliest outbreaks in this country have taken place in nursing homes and care facilities.

While officials around the country shut down churches and synagogues, arrested people for surfing and playing catch, and sent drones flying over their backyards, little was done to secure the estimated 4,100 nursing homes out of over 15,000 in the country where coronavirus was known to have taken root.

Even though the first coronavirus outbreak in this country took place in a nursing home in Washington, and killed 43 people, the CDC failed to track the spread of the virus to nursing homes nationwide.

Instead, the CDC has been relying on “informal outreach” to track the spread and has not updated its numbers since March.

The CDC’s estimate of 400 nursing homes is only about 10% of the national total.

The Trump administration took an important step by ordering nursing homes to report coronavirus deaths to the CDC, and to the residents and their families. This move puts an end to the state stonewalling that covered up coronavirus cases and their own malfeasance.

It’s the beginning. Not the end.

Coronavirus disproportionately affects the elderly and the ill. Securing nursing home facilities would cost a fraction of the money we have lost by shutting down the economy and passing massive bailouts. And as death tolls remain a major barrier to reopening the economy, saving lives in nursing homes will also save the economy. It’s the right thing to do for our parents, grandparents, and for our country.

We don’t need to stop people from planting flowers in their yards or going to the beach. Instead, blue state and local governments, where the pandemic death toll is concentrated, failed to do the most basic and decent thing because it wasn’t in their political interest and didn’t offer the same allure of power.

Thousands of lives could have been saved if they had done the right thing. And they still can be.

Blue state governments lied, deliberately covering up the scale of nursing home deaths, while playing up the pandemic risks and the lockdown. Their decisions killed the weak and the elderly, devastated the economy, and transformed the entire relationship between the people and their governments.

The appeal of imposing social distancing measures on everyone proved irresistible to blue governments even while they neglected to track virus cases in the places where they were most likely to emerge.

As the numbers trickle in from recalcitrant blue states, the truth is finally coming out. That truth should carry its own consequences for the bureaucrats who let so many die while chanting hollow slogans. It should also transform our coronavirus policy from the federal level to state and local governments.

Let the truth be spoken and let the lies fall.

Daniel Greenfield: Protests Under Coronavirus Are Dangerous and Illegal...Unless They're By Lefties