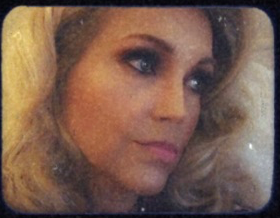 It finally happened. I broke. I guess I’ve been going through all of the stages of grief for my father without even realizing it; he died in a memory care facility on March 28 after a long fight with Alzheimer’s. Thankfully my sister and I were with him as he passed so he wasn’t alone in the end. But I didn’t know I was struggling, mainly because I’ve had to hide everything, tamp it all down. My 83-year old mother, who also has Alzheimer’s, moved in with me this January. It’s been a lot, to say the least.
Last night everything finally got to me. I gave Mom her bath and put her to bed early at 7 pm, then I went to my room and down I went. Just too many losses. Losing my step-father, the man who raised me after my biological father died in a car wreck when I was 5, was a big one. I’m having new issues about leaving him in that facility unchecked for too long, not knowing how he was treated or what was happening in those final lock-down weeks before he died. Logically I know there’s nothing I can do now but it’s still been haunting me and it’s something I need to go through. There were things I should have been stronger about, more insistent about but I was juggling too many things at once and unfortunately my father was a ball I dropped…I’m praying very hard about this one.
But another overwhelming loss I’m feeling is in regards to our country and some of the God-given freedoms we’re giving away under the guise of “health”. I’m sure many of you are feeling the same, while others might be upset that I’m daring to even write such words. But the truth is I’ve already survived a barrage of attacks from fast-spreading viruses–three at the same time, in fact, and I’m not even talking Chinese.
In 2018 I began taking a twice-annual infusion drug for Multiple Sclerosis. The side-effects are known to weaken your immune system and cause you to become prone to infections. Things were fine with my summer infusion so after the winter treatment I went to the grocery store. Before even getting home I could barely swallow, followed by high fever. Long story short, it was strep throat. Within the next few days I developed a terrible cough (brutal with strep). I went back to the doctor: bronchitis. Despite even stronger antibiotics my fever continued to rise; a 3rd doctor’s trip confirmed I now had a strain of the flu. Then after about two weeks of high fever I woke up unable to move, feeling paralyzed. It took almost an hour just to pick up the phone to call my sister…I have no idea what I said to her because I could barely speak but I ended up in the ER with a very bad MS attack.
This was the first time since being diagnosed with Multiple Sclerosis that I was afraid. I realized I could have died if I’d been a weaker person, or if I hadn’t been taking care of myself and following Dr. Wahl’s Protocol diet because what started as strep throat ended up being almost 4 months of brutal illness.

Bottom line: In 2018 I contracted 3 fast-spreading viruses within a 2 week period stemming from one trip to a grocery store. And for the record, according to the CDC over 61,000 people DIED from the flu in 2018. Not coronavirus–just the regular old flu.

So for added protection the following year I began isolating after my MS infusions, which is when I’m most vulnerable to infection: 2 weeks in the summer, 3 in winter during virus season. I learned everything that all of the world now knows about isolation: staying inside, no visitors, ordering groceries, washing all my products, the works. And I did all of this instinctively without the government telling me to do so. In other words, I used my own common sense.

And I also discovered the very real fear about first emerging from isolation. It’s worse now with non-stop bad news blasting doom, telling all of us in the Vulnerable World ‘if you leave your house you’re going to die!’ Or telling the Healthy World, ‘If you leave you’re responsible for killing thousands of people!’

First of all, STOP LISTENING TO THOSE PEOPLE! I didn’t need anyone to frighten me; the voices in my own head were bad enough, trying to keep me from leaving the house. But paralyzing fear of the unknown is a worse illness than Multiple Sclerosis. If you constantly read frightening statistics about anything, car wrecks for example, you’ll never want to drive again. I believe we’re now being told all of this non-stop bad news to scare us into submission. That’s not a good thing, and it’s definitely not about health. Why? Because it makes no common sense why ONE fast-spreading virus was turned into an economy-crushing pandemic. Obviously strep, bronchitis and the flu were also fast-spreading (and potentially deadly) viruses for me, along with millions of others every year. But has that terrifying fact ever kept Americans inside their houses for months at a time? Nope. Never in the history of the world…
Truth is, no matter what we do or how much we hide or “prepare” we are still just vulnerable human beings, suspect to illness. We can’t outrun all diseases–or death, for that matter–any more than we can outrun a race car. And sorry to scare you more than you already are, but as long as we continue purchasing products and having them delivered inside our homes, those germs and bugs and bad things will eventually seep inside our houses, too. You can’t hide from viruses forever but we can take lots of common sense steps to protect ourselves wherever we are. For me, that meant self-isolating after being deathly ill more than 1/4 of 2018. But I would never have forced the entire Health World to isolate with me. That’s the opposite of common sense.
Speaking of, the main reason I doubt the validity of government’s “concern” for public safety: The grocery store that got me deathly ill in 2018 was Walmart. This national chain has remained open throughout the entire pandemic, mostly unmonitored. Meanwhile people have been fined for sitting inside their cars in church parking lots listening to their church service. People are being encouraged to rat on their neighbors if they see them going to outdoor parks. Arrested on beaches, whether they’re 6-feet apart or not, and by police who aren’t wearing masks and certainly aren’t standing 6-feet away from anyone. And yet there’s Walmart, completely unclean-able Walmart, the store that first gave me a fast-spreading virus, always wide open to anyone and everyone without question or pause. No police in sight; no ratting on neighbors for being inside Walmart, but don’t you dare even think about going to church…
Beyond all of that–I’m glad the Healthy World now knows how dangerous viruses are to people like my mother and me. I’d never want to go back to the 2018-world where I almost died from ignorance of basic public hygiene; thankfully in 2019 I learned from those healthcare mistakes and now know how to protect myself. In 2020 everyone else learned these things, too.
So now that all know how to survive a pandemic it should be time to reopen our country. As long as folks are healthy and don’t have signs of any viruses, it will come down to good old American personal responsibility to get back out into the world again. We need to be with our friends. We need to be able to congregate, eat in our favorite restaurants, and pray in our churches.
But is it going to be possible now, America? The more I see and read it seems people are getting comfortable with what they’re already calling their “new normal”. Perhaps they’re falling for what their local and national news networks are telling them, all of which are extremely left-leaning these days. (Speaking of, FOX News, your Disney is showing. A lot…) Folks are hearing the new celebrity anthem, “We’re all in this together” despite the nefarious meaning behind each one of those words. And people who have enough money to last several lifetimes without ever leaving their mansions are pompously telling those who desperately need to get out and work for a living, “Stay home!”
If people are accepting of this and if this is the world we are expected to live in, it is the opposite of everything America was founded on. And worse, it’s also the opposite of having faith in God.
Last night as I was crying I was trying to remember the lyrics to a song. For almost 2 hours I couldn’t get it. I tried Spotify, looking up random words. Around 3 a.m. I finally prayed to Jesus for help because my head was hurting so bad. He gave the words to me instantly and they were so obvious: “Call your name every day when I feel so helpless. I’m falling down but I’ll rise above this…”
Yes I will rise above this and so will all of you. But my new prayer today is that people will have much more faith in God. And I’m talking about real, deep-down revival-style old-school faith in God. I’m praying that people will ask Him for discernment over whatever they’re hearing in the news because after a decade of political work, this much I can promise you: what’s happening in America is not necessarily happening in our best interest.
Stay safe out there, friends. Thank you for your support of PolitiChicks through the years, and for my family and me.
Share
Facebook Twitter Pinterest Reddit Share via Email Print

Conservative Momma: A Globalist's Promise - "Let Me Take Care Of You"