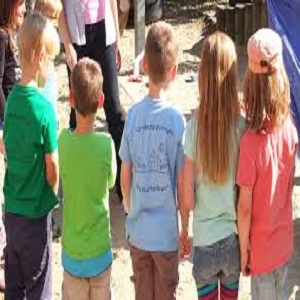 In elementary school, there was always one kid who took names when the teacher was absent. Teachers pet or tattletale; Pick your own term for defining these irritants of our youth. They would vocalize a personalized news bulletin of what happened or who misbehaved to the teacher when the teacher returned from their absence.

Most of these children grew up to be members of their neighborhood homeowners association. An association that will write you up for a chick weed in your yard. Any real or imagined infraction of their vast home owner’s manual will lead to letters and recrimination. The members of these boards are like older versions of elementary children, still running to tell the teacher. If or when I leave my current home, never again will I live under the rules of a homeowners association. They rule the line between bully and tattletale.

In the wake of the current virus pandemic, it is disturbing to realize that many facets of the United States government have become similar to a misshapen home owners association. Like snot nosed elementary tattletales, pointing fingers. That is particularly true for certain municipal and State leaders. Take for consideration the recent example of the City of New York. Recently, New York Mayor Bill de Blasio requested that the citizens of New York report on their fellow citizens when they see stay-at-home “infractions” in public.

Citizens bombarded the Mayor’s office with photos of extended middle fingers, male appendages and Hitler memes among other forms of social protest. I find their responses to be a reasonable response against the tyrannical overreach of Mayor de Blasio, not to mention vastly humorous.

One thing that the Mayors and Governors in the various states and municipalities need to be reminded of is the following: Suggested guidelines are not mandates nor laws. In my current state of North Carolina, among other states, there have been social distance arrests that are questionable in their constitutional validity.

In the aftermath of this virus, we will need to fully examine and structure pandemic protocol for the United States. We need to have, as citizens, an actual, constitutionally sound law. Our government needs to be fairly governing during a pandemic crisis. We do not need to be watched, as citizens, by camera laden drones. I don’t need the drooling countenance of big government watching me or any law abiding citizen.

To articulate a further point, the States and various municipalities, with a few exceptions, have proven themselves to be incapable of addressing any pandemic crisis. They have been largely unprepared, inefficient and incompetent. In fact, the aforementioned states and cities have raised more questions than they have answered. A law governing pandemic protocol should be established on a Federal level. Maybe after “Let them eat ice cream” Pelosi is no longer in office?

Well, I have a few questions of mine own: Why has road repair and construction been halted when there is barely anyone on the highways of America? What is being done to protect our elderly in nursing homes? What is being done to address the vast homeless populations in such states like New York, Washington and California? How are veterans issues being addressed during this crisis? Why is food being destroyed and why are food processing plants being shut down? Note: President Trump has recently issued an executive order deeming food processing plants to be essential businesses.

My wife ask me “Riddle me this: What is the value of getting tested for COVID-19 virus when you can become asymptomatic moments after the test?” They have placed a value on the test, that’s for sure, 100 dollars on the average. As usual, we are not getting our moneys worth as citizens.

Granted, we are in uncharted waters. But I do not blame President Trump for any of the current incompetence. As applicable, I blame the Governors and Mayors of the various states and cities of this country.

I additionally blame former President Obama and his sidekicks, Presidents Bush and Clinton, for this fiasco. Obama played golf during the H1N1 virus like the insensitive hack he remains. Clinton diddled interns and Bush stared into America’s headlights, blankly.

Make no mistake about it, the COVID-19 Virus is a biological weapon. Whether created by a lab in China or started in a research lab in North Carolina by sanctioned scientists, we will find out. There needs to be a Special Prosecutor established, possibly a world criminal court, to investigate this. We need to ultimately hold those responsible fully accountable for crimes against humanity. It is our responsibility to always address abject tyranny and terrorism. We should always recognize the true mask of the flippantly corrupt politician. Your freedom is your awareness

Is Gov't Tracing Our Actions A Paranoid or Realistic Concern? You Decide.