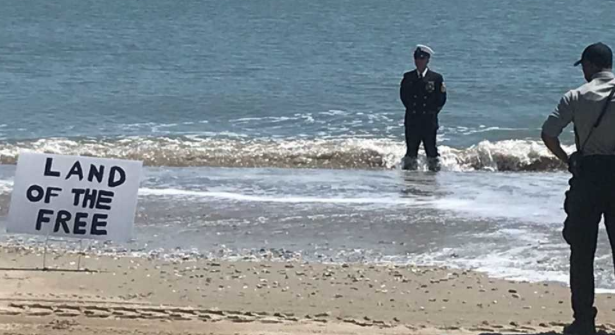 One of my favorite films of childhood is the 1958 Stanley Kramer work, “The Defiant Ones.”  The basic plot is that of two escaped convicts, chained together.  They were portrayed by the actors, Tony Curtis and Sidney Poitier.  Seeing the film again recently, I realize that the film is actually about creating a friendship despite racial divisions.  Considering the Civil Rights Movement, that was still developing in 1958, it was a timely film for our American culture at the time.

But as a child, there was something about the title, The Defiant Ones, that captured my imagination. Consider the definition of the word defiant.  Defiant means; “Full of or showing a disposition to challenge, resist or fight.”

Considering the literal definition of the word defiant, today’s patriotic Americans are becoming the defiant ones.

Now that our government has become criminally corrupt and no longer defends our constitution and inalienable rights we must become, and must remain, the defiant ones.

The viral panic demonstrates how easily fear can be used to manipulate people.  That disturbs me greatly.  We can do better than that. The people in power determining who is essential and who must stay inside have no common sense.

Everyone working to put food on the table has an essential job.

Now is the time for clear, cognitive thinking. Now is NOT the time to take a knee before the throne of government tyranny.  When a citizen becomes a reasoned, defiant one in response to tyranny; they become a real hero to me. 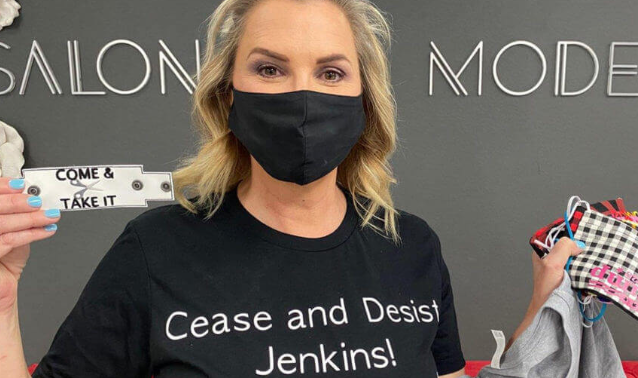 Take for example, Dallas Hairdresser and A La Mode Salon Owner, Shelly Luther. Ms. Luther’s salon had been closed since March 22nd due to the Texas Stay-At-Home order. On April 24th, she reopened and was served with a Cease and Desist order.  On April 25th, she attended a protest at City Hall and publicly tore up the order. Ms. Luther was arrested for violating the cease and desist order by keeping her salon open.

On May 5th, Shelly Luther appeared in Judge Eric V. Moye’s court. Judge Moye found Ms. Luther to be criminally and civilly in contempt of court and said that reopening her salon was a selfish act.  He stated she could avoid jail time if she closed her salon and apologized for her actions.

Shelly Luther refused to take a knee before tyranny. She refused to apologize for trying to “feed her kids.”  Judge Moye, wearing a mask, sentenced Ms. Luther to a seven day sentence and a $7,000 fine.  On May 7th, Governor Greg Abbott issued an executive order amendment that eliminates jail time for violating the “stay at home” order. Governor Abbott stated that throwing Texans in jail for having their businesses shut down, through no fault of their own, was “nonsensical.”

Additionally, on May 7th, the Texas Supreme Court ordered Judge Moye’s court to release Shelly Luther.  She was released that afternoon.

Shelly Luther is emblematic of many Americans these days,  including myself. We have had enough of tyrannical overreach. Whether that overreach is instituted by a Mayor, Governor, Congressional Representative or a masked judge, this has gone too far.

Social distance has become a form of social control. That is unacceptable. I refuse to accept the current tyranny of government or the pathetic rationalization that this is the “new normal.” Faith over fear, peace over panic, is how I choose to live.

As a true defiant one, I will continue to stare tyranny right in the eye. I will not blink.

Even During a Pandemic, Leftists Trying to Control People Via Their Guns