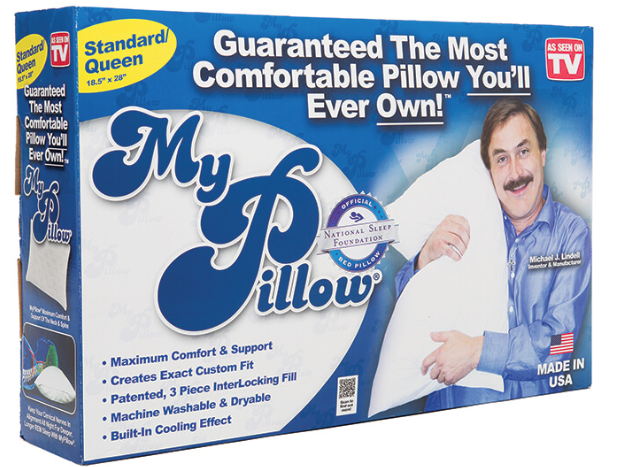 Ah the things that trigger the Left. Depending on the day, it will either crack you up or make you scratch your head in utter confusement. We know that if they cannot win an argument, you are a “racist”! They like science when it comes to climate change, but try suggesting that there are only two genders, see that smoke coming off the top of their heads? They want government to be in charge of every aspect of the everyday lives of Americans, and if you want to talk to them about your faith, not even to convince them to join, but to explain how it is important in your own life well, just remember, these are the same people who booed God at their convention.

But when you have most of that all rolled into one walking example, look out because Twitter is about to explode. Recently, President Trump invited the CEO’s of several large corporations to the White House Rose Garden to discuss what their respective companies are doing to help during the Corona virus outbreak. Along with Doug McMillon, President and CEO of Wal Mart, Thomas Moriarty, Executive Vice President of CVS, and Richard Ashworth, President of Walgreens was Mike Lindell, inventor and CEO of My Pillow, Inc. Lindell was on hand to explain that his company was switching over to manufacturing face masks for hospitals around the nation. During a pandemic, you might think that this is a very good thing. A guy who just wants to do his part to help a beleaguered nation in a time of crisis. What could be wrong with that?

Apparently, plenty. As Lindell spoke about the actions his company was taking to help out, he had the “nerve” to mention of all things, God. Referring to the election of Donald Trump, he said, “God gave us grace on November 8, 2016 to change the course we were on. God had been taken out of our schools and lives; a nation had turned its back on God. I encourage you to use this time at home to get back in the Word. Read our Bibles and spend time with our families”.

As one might imagine, social media was off and running. Several outlets accused Lindell of doing nothing more than a live advertisement. Others blathered on about what a horrible person Lindell was and how unbelievable that Trump invited Lindell to speak which made him even more unqualified to be president than ever before. The Left could just not contain themselves.

So why does a guy like Mike Lindell make Lefties so unhinged? As stated before, he is a walking example of everything the Left despises. For those who might not know, Mike Lindell has an amazing life story. He spent the better part of his adult life in the throes of a pretty severe crack and alcohol addiction. His wife was also an addict. His fledgling business was on the verge of collapse, his marriage was in the process of collapse, he owed a bookie $45,000 and that bookie was threatening to kill him. After being awake for two weeks straight, even local drug dealers would no longer sell to him until he got some sleep. That is rock bottom.

Fast forward. Mike Lindell cleaned himself up, without any government program helping him. He found God and prayer; we know how that makes Lefties crazy. He knew he had a million-dollar idea, and threw himself into reviving that business. Today, he is the CEO of a company that is worth close to $300 million, and has 1500 employees. Mike Lindell’s belief in capitalism, another thing that makes smoke come off the top of Leftie heads, right up there with God, has employed all of those people, offered a product that that is wildly popular because it works, and most likely saved Mike Lindell’s life.

In the midst of this crisis, many people have turned to their faith to see them through. There are many more Mike Lindells out there. The Left only wants to talk about what is negative. Mike Lindell represents everything they hate. What they do not realize and cannot compete with, is that many more Americans feel that God, not government, will see America through the Corona virus pandemic. So, relax Lefties, no one is making you talk about God or pray. Maybe you just need a good night’s sleep.

Which is Worse: A Tyrannical Government or a Virus?

Democrats: Dirty Politics As Usual, Even During Pandemic