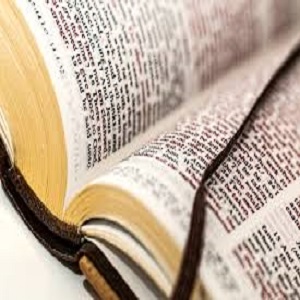 We have seen a lot of negative press and media coverage over the past two weeks about our President, our country, the world, and about each other. The media, and others have gone full circle to help make the old line that Rahm Emanuel made popular a few years ago come to pass. “Take advantage of a good crisis.”

The media, Democrats, and the Hollywood elites are foaming at the mouth during this crisis that is affecting the world. They have gone out of their way to raise the panic level here in America. They seem to have forgotten that this is America and that we are a people who believes in a Divine purpose and that we are a nation that comes together when the chips are down.

They have also failed to understand that we have been given the privilege by Almighty God to be blessed with a strong leader in the White House, a man that believes in God and country. He believes in the American Dream.

We may be down, but we are not defeated, stricken but not incapacitated, saddened but not basking in sorrow.  We understand that we have a God who is faithful and true. A God that gives us the opportunity to seek His face in times of trouble, and He hears us and answers our prayers when we fall down on our knees before him and seek His face in honest repentance. We will rise again, and not allow the media, or any other group to take us down without a fight. We are seeing evidence of that with the passing of each day during this crisis. There is much good news to be reported also.

Many Americans have returned to prayer and are seeking God’s face. Our Churches are supporting those in need and are beginning to stand up once again for righteousness. Pastors are speaking out. Leaders are openly praying and calling we the people to do the same.

America is an exceptional nation and we will recover. Hold on to your faith and support one another with words of encouragement and prayers. Ask God to protect our President and lead him in the right direction during these dark days, so that even though weeping may endure for a night, joy comes in the morning. We will not be defeated, and we will continue to put our trust in God Almighty to see us through.

He has promised to never leave us or forsake us. We can take His words to the bank. Rejoice and be thankful for our God is in control.

Daniel Greenfield: Why is the Media Exempt from Coronavirus Business Shutdown?