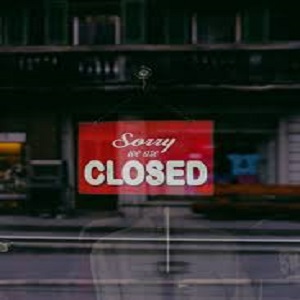 “Turn Me Loose” was the title of a hit record way back in 1959. The song, by then teen idol, Fabian, was an up tempo lament about being set free by his girlfriend. I have borrowed on that title to say, “Turn Us Loose,” we need to get back to work.

Between January to March 11th, there were less than 1000 people infected in the U.S. However, by March 30th, that number exploded to 160,000. As I pointed out in a prior article, the original objective of the economic shut-down and social distancing was solely to buy time, so that the U.S. could obtain the necessary ventilators, masks, PPE, and begin developing testing to determine those who might be infected. We have now arrived at that place; we have an oversupply of ventilators, hospital beds, and testing that has now become ubiquitous.

The original projection of the CDC and other scientific models was that we could expect anywhere from 100,000 to 1,200,000 deaths from the Coronavirus. I have no doubt that those studies were done in good faith, and based on honest assumptions. Yet, those models were wildly wrong. New models suggest deaths at about 60,000, just a tad more than an average flu season. Yet, the economy remains locked down. Any rational person needs to ask the obvious, “If we have attained the proper amount of medical safety devices, and the new model suggests a much lower death rate, why are we still locked down?” Go ahead, think of an answer, and while you are grappling with that, I’ll give you mine.

Dear Readers, it’s all political. It’s as simple as that. From the moment that Trump took office, Democrats have thrown just about everything at Trump. It began with trying to undo the Electoral College, to the Emoluments Clause of the Constitution, the use of a bogus dossier to incite an investigation that went nowhere, lying to the FISA courts, and finally, to impeachment. So, what did the Democrats have left? The pandemic gave Democrats an opportunity, and as Rahm Emanuel once said, “Never let a good crises go to waste.” Their new goal is to ‘slow walk’ the economy back to health…assuming that is doable. The longer we stay locked up, the more unemployment persists, the longer it is going to take for the economy to rebound. And if the Democrats can get all of this to extend into the late summer months, come election time, the economy might still be anemic, and then, it’s Trump’s fault. And there you have it.

Governor Cuomo said that if we can save one life, then the economic risk of the shutdown is worth it. Really? I am going to assert what many are thinking. Is one life more important than the abject financial ruin of millions? Let me prove my point.

During the 1970’s oil crisis, the government mandated that the maximum speed limit be 55 MPH. Guess what? The implementation of that law saved hundreds of thousands of lives. And that’s a good thing. However, as time wore on, the 55 MPH limit became impractical and inefficient. Soon thereafter, and knowingly, the 65 MPH speed limit was reinstated and deaths rose. The U.S. Government sacrificed lives for speed and efficiency. We are at that point where people are more than hurting; they are downright scared. They are frightened about their livelihood and the financial well-being of their families. Small businesses have no revenue, but their fixed expenses continue. Property owners are faced with tenants not paying the rent, yet the property taxes, and all other expenses continue for those property owners. All of this rolls down hill to creditors, lenders, and financial institutions. Excuse the pun, but all of this trumps one life.

For the most part, people tend to be responsible. What would be wrong with businesses providing masks and sanitizer? Could it be an easy fix for offices to provide the appropriate distancing between employees? Of course it would, and all of this could be accomplished.

Gladly, most of us don’t need to be turned loose from the clutches of some admirer, but we need to be Turned Loose to go back to work.

All Work is Essential!

Daniel Greenfield: President Trump Goes After the Socialist Drug Pirates of the Caribbean