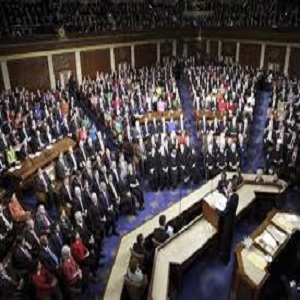 Have you noticed how disciplined Democrats seem to be in sticking to the party line and following the party’s leadership? Republicans fight and argue. They air their laundry in public. Hey, Speaker Boehner retired from Congress because he got tired of dealing with rebellious Members from his own Party. With rare exception, it’s not the same with Democrats. I believe most Democrats who run for public office begin the process with honorable intent. They want America to be a better place for their kids and grand-kids.

But that changes when they get to Washington. Imagine a freshman Democrat showing up on her first day. How exciting to be sworn in as your family and special friends look on. Then the Speaker of the House walks over, pretends to remember you, flashes that oh so famous phony smile, and zap, you get a group photo with Nancy Pelosi. Ah, the rush! Shortly thereafter, you’re assigned a senior member of the House as a sponsor who helps guide you through the 3-day process of orientation — for example, learning where the restroom is (well, there’s the private one in your office no one else in the office is allowed to use.)

You’re shown your office, given a lapel pin that identifies your high status, and allowed to interview the staff who will serve your needs. You’re also taken to the Congressional chambers where you will vote, and be required to yield your speech time to more senior members. If you do want a speech entered in the official record, no problem, just hand a written copy to the clerk – or come back at 2am and, if they’re open, maybe you can speak to an empty chamber.

Your sponsor will also explain how a bill becomes a law, but then tells you you’re not to worry about that in your first term, or maybe your second or third term either. Your only real chance to get a hearing on anything you introduce is if you have much more senior members co-author the bill. And even then, you probably have to be from a district Democrats could lose if they don’t pump up your standing.

When you protest that you have promises to keep, you’re told, “no worries, people back home never remember those campaign promises.” Whenever votes are scheduled, you’re told, you’ll receive a briefing paper on the bill that instructs you how you’re to vote, along with talking points that tell you what you’re to say about your vote. The Speaker insists all her Democrat minions – and the media they speak with – stay on the same page.

You’ll also be told what bills you may co-author, to which committees you’ll be assigned, and sometimes which staff to hire. You’re promised that if you play ball, you can expect a larger office, better committees, a bigger staff, more opportunities to travel, and maybe someday you’ll even be allowed to hold the gavel. Most important, if you really toe the line, you’ll be given help with your fundraising – inclusion on the lists sent to big donors, introductions to celebrity contributors, prime venues and times to hold your fundraisers with Washington’s lobbyists.

Then along with the carrot is the stick. It’s explained that anything less than total obedience to the Democrat leadership will get you sidelined, made thoroughly ineffective, treated like dirt on some Republican’s shoe. So now you have to decide. As the proud American who worked hard to win your seat so you could help your community, neighbors, and country; what do you do? Choose to play political ball the way everyone else plays, or allow yourself to become insignificant.

Rationalizations being what they are, you decide you can best change things by working from the inside. So you soldier on. You do what the Speaker or the Majority Leader or the Whip or the Chairman of the committee tells you to do. And presto! You get a free vacation to the Paris Air Show with the Chairman of the Ways and Means Committee — the big money guy. Over champagne on the taxpayer funded airplane ride, you even get a chance to mention that bridge your district could use. Before long, your district gets its new bridge, the people love you, the Speaker makes sure you have plenty of re-election money and the media writes about your promising career as an up-and-comer.

And all those campaign promises? Well, let’s be realistic.

It’s natural I suppose that an increased sense of self-importance would lead to a kind of soft corruption that requires you get-along-and-go-along with what your party leaders expect. But the truth is you’re no longer your own. Nor do you belong to the people who elect and re-elect you. Instead, you wake one morning to realize you’ve become just another fly trapped in Nancy Pelosi’s Washington web. Or, maybe you never realize it at all.

The Importance of Napoleon Bonaparte