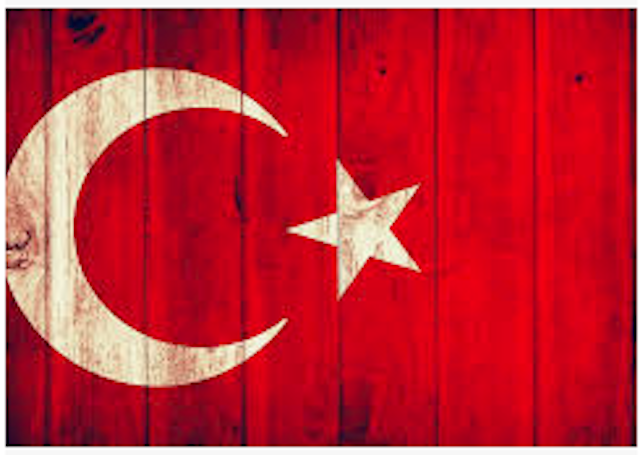 “If you haven’t seen The Dissident, I hope you will,” Hillary Clinton told the folks at the Sundance Film Festival. The Dissident is Sundance’s hottest documentary. It’s also Turkish government propaganda.

Hillary’s comments at Sundance exposed a chunk of the fake news problem surrounding The Dissident.

“We just learned about the pacing of malware on Jeff Bezos’ phone, ironically technology created in Israel and sold to the Saudi government,” she falsely claimed.

Despite these false claims made by the Washington Post, a paper owned by Bezos, which has spread conspiracy theories trying to blame the exposure of his affair on entire countries, the actual report when reviewed by cybersecurity experts found no actual malware of any kind on the billionaire’s phone.

The hack of the billionaire’s phone that wasn’t is an example of the fake news vortex surrounding the death of Jamal Khashoggi. Bezos cronies have alleged that the Amazon boss had his affair exposed by the Saudis in retaliation for the Post’s decision to run Qatari Islamist propaganda by Khashoggi.

The Dissident is the latest effort at mythologizing Khashoggi, a former Saudi stooge, terror propagandist, bigot, and friend of Osama bin Laden, by Islamist interests operating out of Qatar and Turkey. Jamal Khashoggi was not a journalist: he was producing pro-Islamist and anti-Saudi propaganda for the Qatar Foundation, a pro-terror organization, which helped draft his articles and dictated their content.

There are actual dissidents and actual journalists in prison in Islamist tyrannies like Turkey. But instead of telling their stories, The Dissident and its director, Bryan Fogel, turned to Turkey’s Islamist regime.

Bryan Fogel claims to care deeply about human rights. He cares so deeply that he ignored the tens of thousands of political prisoners in Turkey, journalists, judges, professors, and Kurds, to lobby the regime to help him make a propaganda flick about Khashoggi. Nor is Fogel at all ashamed of toadying to Turkey.

Articles about The Dissident boast of how Fogel received “unprecedented access” to material from the Turkish government and its intelligence apparatus. Any filmmaker gushing about getting exclusive access to CIA materials while making a completely uncritical documentary about its role would face a torrent of criticism. Yet The Dissident has met with equally uncritical praise even as it boasts of its access and parrots propaganda from a despotic regime which is engaged in ethnic cleansing at home and abroad.

“I was building a relationship with the Turkish government who at the end of the day saw the power they could have in this story if they allowed me to tell it, rather than it coming out through Turkish media,” Bryan Fogel admitted.

What Fogel was offering Erdogan and his cronies was a credible whitewashing of their propaganda.

The false narrative of Khashoggi as a political dissident, rather than an Islamist bigot, would be more effective if it came from a seemingly independent filmmaker rather than the Turkish state which, after Erdogan’s Reichstag coup, had destroyed the country’s last vestiges of an independent press.

Asked about Erdogan’s human rights abuses, Fogel shrugged them off.

“You have to know when to pick your battles depending on that story you’re telling… This was not the film to focus on other political matters and in this case Turkey has been a superhero. I felt very strongly that this wasn’t the film to go down political rabbit holes,” he insisted.

Turkey’s lack of an independent press, its ethnic cleansing of Kurds, and its 48,924 political prisoners would be one of those “political rabbit holes” that Fogel didn’t want to explore. The Leni Riefenstahl of Sundance was telling a story about the regime’s political martyr, its Horst Wessel, and noting that Hitler and Goebbels aren’t very nice people would be a political rabbit hole that would ruin the whole tale.

You either care about human rights or you don’t. If Fogel cared about human rights, then the UN special rapporteur’s report documenting the Erdogan regime’s torture of professors, journalists, officers, and many others would have made a much better and more important documentary than The Dissident. It’s a story that has never been told, and, unlike Khashoggi’s myth, never will be told at any major level.

Fogel pawning out his camera to Erdogan’s regime while refusing to discuss its abuses is an indictment.

Orwell Productions, Fogel’s company, mistakes 1984 for a guide, rather than a warning. The Dissident is Orwellian, political propaganda, the same discredited lies, dressed up with special effects and a human interest angle, on behalf of a dictator who has eliminated actual dissidents in his own country.

“I needed the world to see and fall in love with Jamal and understand this man was not Muslim Brotherhood or an al-Qaeda sympathiser or all these things being presented by Saudi Arabia or being written about by the alt press in the United States,” Fogel tells an interviewer.

The plain facts of the matter are that Khashoggi was both of these things which The Dissident is denying.

Fogel, the director of Jewtopia, may be in love with Khashoggi, but the Islamist would have loathed him.

Jamal Khashoggi, a member of the Muslim Brotherhood, which had allied with Nazi Germany and continues to celebrate Hitler, promoted the Protocols of the Elders of Zion and defended Holocaust denial. He tweeted, “everything can be ended by the rule of Assad and the rule of the Jews.”

The Dissident is yet another exercise in historical revisionism by a powerful industry built on repeating the same lies: in Fogel’s Riefenstahlesque case with digital special effects and Turkish propaganda.

Khashoggi’s journalistic career began when he followed his old friend Osama bin Laden to Afghanistan on behalf of a man listed by the Treasury Department as one of “the world’s foremost terrorist financiers”. There he churned out Jihadi propaganda like, “Arab Mujahadeen in Afghanistan II: Exemplifies the Unity of Islamic Ummah”. Afterward he became a stooge for the Saudi state for the likes of Prince Turki bin Faisal, who was linked to Al Qaeda, and blamed 9/11 on American support for Israel.

Jamal Khashoggi became a dissident, not because he wanted a freer Saudi Arabia, but because Crown Prince Mohammed bin Salman had turned on Islamists like Khashoggi and his Muslim Brotherhood pals.

“Crown Prince Mohammed bin Salman should get rid of his complex against the Muslim Brotherhood and stop treating them as the enemy or a threat to Saudi Arabia,” Khashoggi had complained, and urged a confrontation with Israel instead.

After the Saudis were no longer interested in funding Islamist dreams of world conquest, Khashoggi went to work for the regimes in Qatar and Turkey who were more than happy to step in. He was a dissident in the same way that former Communists in Russia or old Nazis in Argentina are dissidents.

Saudi Arabia under MBS has become more liberal for the average person while Turkey under Erdogan has become more tyrannical. In Saudi Arabia, women have become more able to vote and drive. Meanwhile the number of women being murdered in Turkey for their gender is continuing to rise. And the perpetrators under Erdogan’s Islamist regime often receive little more than a slap on the wrist.

The Dissident and Fogel weigh in on the side of dragging Saudi Arabia back while tossing away the reforms that Islamists loathe, all the while falsely depicting this as a struggle between autocracy and democracy. This same Islamist lie led to the Arab Spring and the deaths of hundreds of thousands of people, the rise of ISIS, the rape of little girls, and the use of chemical weapons against civilians.

But the liars can’t get enough of that lie.

The Dissident is not a courageous defense of human rights. It’s another echo in an echo chamber run by Qatar and Turkey. Instead of telling the stories of the protesters who battled Erdogan’s thugs in the streets, professors tortured in gymnasiums, and journalists jailed for reporting on the regime’s corruption, Bryan Fogel chose the profitable route of amplifying the narratives of Erdogan’s regime.

In interviews, Bryan Fogel had the chutzpah to suggest that his life is at risk for making The Dissident.

“So far I’m OK,” the self-promoting hack claimed. “I have this strange nightmare that Putin calls Mohammed bin Salman and goes, ‘Hey buddy, this American filmmaker, he’s causing us lots of problems. You know, look, maybe we do something.’”

There will be no assassins coming to the Orwell Productions offices in Santa Monica near the beach. The praise from figures like Hillary Clinton will keep rolling in as the echo chamber pressures Netflix to distribute The Dissident as part of a larger campaign of informational warfare against a reformist Saudi government. If it wins, a new Saudi government will be more likely to support terrorism against Americans, Europeans, and Israelis. Like Horst Wessel, Jamal Khashoggi is an Islamist martyr whose death is being used as the engine to overthrow a government and kill hundreds of thousands of people.

Emery McClendon: I Support President Trump and Ask You To Do The Same

Can Corona Virus Kill the City?