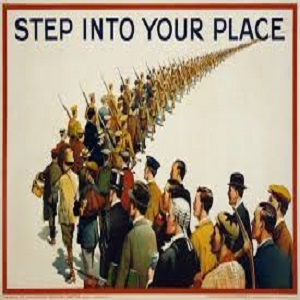 Where do we begin? What began as an unheard-of virus in an unheard-of place like Wuhan China has become one of the most rapidly growing pandemics in world history. Corona virus and all things related have become part of our daily vernacular and our daily new normal. Americans are understandably obsessed with hand washing and hand sanitizer, and cleansing our surroundings with alcohol and Lysol wipes with surgical precision. The term, “social distancing” rolls off the tongue. But who can blame us? This is scary stuff. Corona virus has killed thousands around the world, including here in the U.S.

At some point, the initial needs of caring for the sick and dying will pass, and we will make sure that our health care providers have everything they need in order to do that. Perhaps the uncontrollable urge to buy every roll of toilet paper that rolls into our path will loosen its grip on us, and we will be able to ask some very pertinent and very valid questions about how this happened. How was this allowed to spread so quickly? What information exactly did the Chinese government keep from the rest of the world, and what accountability, if any, do they have to the rest of the world? Here in the United States, we will have our own set of questions to ask. While people were understandably frightened, how did we let some of our most basic freedoms be taken away? And while, for the most part, it might be a temporary fix, what if, next time, that is not the case?

In a recent Op-Ed for RT.com, Constitutional Lawyer Robert Barnes lays out in disturbing detail how, in the effort to keep Americans safe, and to spread the virus any further, leaders at both the local and federal levels have tap danced on a dangerously thin line when it comes to the basic Constitutional rights of Americans. Most people will agree that these are uncertain times, and short of medical advice by experts, there is no handbook for how to handle a pandemic, but when you take a look at the basic tenets of a few of the first five amendments, it is very clear that each one has been violated. As Barnes says in his article, Constitution quarantined.

Our first amendment rights to peaceful assembly have been greatly inhibited. If where you live is not under a “lock down” or mandatory “stay at home” order, it most likely will be soon. Gatherings of 10 or more people are prohibited. Most Americans see the sensibility in keeping people away from each other, but look a bit more broadly at this picture outside the U.S. Remember the pro-democracy protests in Hong Kong? Remember the “Yellow Vest” protests in France, French citizens protesting the policies of the Macron administration. The American street corner, where protest is sometimes at its most raw and real is silenced. All is quiet on the Far East and the American street corner front. How convenient.

What should be equally disturbing as first amendment violations are clear and blatant 2nd Amendment violations. Mayors of several American cities have prohibited the sale of guns and ammunition during this crisis. What on earth does firearm sales have to do with a pandemic? Are these mayors afraid that rioting in the toilet paper aisles is going to be reduced to armed insurgencies? No. The more likely answer lies in the fact that they see a great opportunity to, as South Carolina Congressman James Clyburn recently commented, “…..restructure things to fit our vision”. There are also places where officials are considering the release of inmates from county jails to prevent virus spread. Where in the Constitution does it state that the restriction of second amendment rights, and the right to defend one’s family and property is acceptable in a pandemic? The answer is of course, it does not. It is Liberals, once again, using the suffering of Americans to shove their agenda down the throats of those same Americans.

These first two examples are becoming fairly clear to more and more Americans, but the violation of our 4th amendment rights should also be called into question. The right to privacy is sacred to most Americans. They know that they are free people who can come and go and conduct their business as they see fit. But in the age of the coronavirus, more government agencies, and their cohorts in the media are looking for ways to invade average Americans’ personal and medical privacy. In some cases, people are being stopped and asked why they are away from their home. Is the government working with Big Tech to come up with more ways to monitor our every day behavior? Perhaps we should ask “Alexa”. The scary part? She may very well know what you are up to.

We all know about “pleading the fifth”, but there is much more to the 5th amendment. According to Barnes, included in this amendment is our right to the, “right to property without deprivation by due process of law, and the obligation for the government to compensate any such takings”. Yet this is exactly what is happening. Millions of small business owners and other who work for large corporations have had their way of making a living ripped right out from underneath them. While political and professional people will enjoy an extended time of “working from home”, many others, for whom working from home is not an option are forced to go on unemployment, and take what ever crumbs the federal government can dish out that Nancy Pelosi does not get to first to give to her favorite causes. As we have all seen in the past, the American people never seem to be one of her favorite causes.

There are many more questions surrounding the timing of this virus, and those questions, who is involved, and who should be held responsible and be accountable will happen in due time. There can be a fine line between public safety and our basic God-given rights. As Robert Barnes so eloquently stated, our founding fathers were very familiar with viruses and plagues. But as those viruses and plagues wore on, so did the fight for liberty and freedom. When those freedoms are suspended, the door is open for much more sinister and long-lasting things than viruses. In what must be one of the most powerful quotes to illustrate the utmost importance of freedom, and our Constitutional rights, Barnes says, “The answer to 1984 is still 1776”.