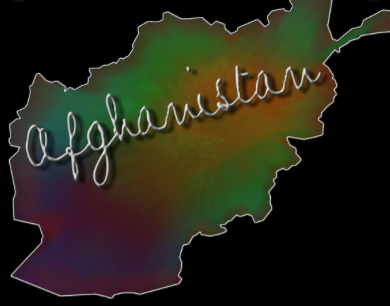 The shadowy alliance between Iran and the Taliban has killed countless American soldiers over the years. But Iran exported more than just IEDs and training to Afghanistan. The social problems of the Islamic dictatorship traveled along the same highways as the IEDs. But they didn’t kill Americans.

Iran has a huge meth problem. Now, so does Afghanistan.

Under President Trump, the United States has begun bombing Taliban meth labs as the junior Islamic terror regime in Afghanistan began imitating the meth export business of its big brother in Iran. But when Islamic republics get into the drug business, it’s their own people who get addicted to the stuff.

Iran’s coronavirus outbreak, like its meth crisis, has also been exported to its good friends, the Taliban.

The virus crosses Shiite-Sunni barriers as seamlessly as it does international time zones. And the estimated 500,000 infected in Iran are translating into rising infections in Afghanistan.

The first confirmed case in New York City, the epicenter of the pandemic in the United States, was a traveler who came from Iran. But Iran’s shared border with Afghanistan and the millions of Afghans living in Iran, as workers, religious students, and terrorists, makes the spread impossible to stop.

Iran has a huge Afghan population. When the coronavirus pandemic hit, 200,000 Afghans fled the disease-ridden terror state for their home terror state and brought the disease along with them.

And the Taliban are getting nervous.

The Islamic terrorist group had famously gone after health care workers as part of a joint bid with Islamist allies in Pakistan fighting against the polio vaccine. But now the Taliban are promising not to kill health care workers and begging WHO to come back after previously banning the organization

“Our Mujahideen are helping the health workers to spread out the messages about the dangers of COVID-19,” a Taliban spokesman declared.

The Taliban’s General Commission for Public Health has issued bulletins advising Afghans to resist the virus by wearing masks, gloves, eating Vitamin C, and Halal foods. Taliban fighters have begun detaining and quarantining Afghans coming back from Iran. While the Taliban’s official position is that the coronavirus was sent by “Allah” because of the “sins of mankind” which is to be fought by reading the Koran, its willingness to embrace western medicine, from test kits to PPEs, shows it’s worried.

In an unprecedented move for an Islamic organization that had murdered vaccine aid workers and treated medicine as a conspiracy against its regime, the Taliban is telling supporters that, “safety guidelines issued by health organizations, doctors and other health experts must be observed.”

In a further sign that its leadership fears that the virus might spread to its Jihadists and decimate their ranks, a Taliban spokesman announced that, “If, Allah forbid, the outbreak happens in an area where we control the situation then we will stop fighting in that area.”

What really has the Taliban so worried?

The Islamic terror movement has Iran as a cautionary example. Like Communist China, Iran lied to its people about the scope of the outbreak. Its death tolls and case numbers are equally unreliable.

Iran caught the pandemic from China. Both regimes chose to maintain open access as part of their alliance. Instead of protecting its people, the Iranian leadership prioritized its relations with the PRC. While the Iranian regime continued lying to its people, it was carefully taking precautions to protect its leadership, including its 80-year-old leader, even as the pandemic was quietly spreading across Iran.

Officially there was no coronavirus outbreak in Iran. In reality, it was burning through the country.

Religious Islamic ties were behind the spread of the coronavirus to Iran with 700 Chinese students studying in seminaries in the Islamic sacred city of Qom identified as the source of the outbreak. Afghans returning from Qom, many of them fellow Shiites, then helped spread the disease into Afghanistan.

The IRGC, Iran’s terror hub, had been recruiting Afghan Shiites to fight in its wars, including in Syria. The Assad government has become an Iranian puppet and so failed to stop travel from Iran to Syria.

The IRGC had provided the Taliban with IEDs, MANPADS, and political support in any “peace deal”. Despite the Taliban’s hostility to Shiites, the Sunni Islamist terror group was reliant on Iran, but it also had the inside information through its IRGC contacts of just how bad the situation in Iran really was.

That is what likely panicked the Taliban.

And the Taliban, like many Islamic terrorist groups, including ISIS, are worried that the virus spreading through the ranks of its fighters could be particularly deadly and cripple its terror campaign. If the virus gets into its training camps, then its entire force infrastructure could be badly compromised.

Even ISIS, which had been frantically urging foreign supporters to come and join the group to supplement its declining numbers, has asked them to stay away during the coronavirus crisis.

But the Taliban, despite being on track to take over the country from a conflicted government, can’t stop the flood of Afghans fleeing Iran and can’t sever its ties to the Islamic terror regime which has been training its Jihadists and providing it with weapons. And that’s why the Taliban are panicking.

While Iran has been happy to supply the Taliban with weapons to kill Americans, it’s not going to bail it out during a pandemic. Not when its own people are dying. If the Taliban needed any evidence of that, it comes from the Afghans in Iran who have come down with the coronavirus and been denied care.

And if the Taliban become infected, the next vector would be through the porous Pakistani border. Infected Afghans have already been detained trying to enter Pakistan, but the Taliban are interlinked with a variety of terrorist organizations, including Al Qaeda, as well as Pakistani and Chinese Islamists.

If the Taliban become ‘super-spreaders’, they could take down quite a few other terror groups.

The world’s Islamic terrorist pipeline begins in Iran, Qatar, Turkey, and Pakistan, and flows outward across the Middle East and Asia. Its interlinked nature, uniting unlikely allies like Iran and the Taliban, is uniquely vulnerable in a pandemic. A wide variety of Islamic terror groups have been trained in Iran, many then check into Qatari hotels, and make contacts with Islamists in Pakistani and Turkish cities.

These secret networks have proven resilient in the War on Terror, but are vulnerable to the coronavirus where every contact potentially compromises everyone whom he comes into contact with ad infinitum.

The network’s very circuitousness, its dependency on human contact across different countries, makes it the best ally of the pandemic. It’s no wonder that the Taliban, ISIS, and other Islamic terrorists are worried. Even as their political Islamist allies dismiss the threat, the Jihadists understand that the pandemic risks destroying the global infrastructure that makes Islamic terrorism an international threat.

Emery McClendon: America, Is the Cure Worse Than the Disease?