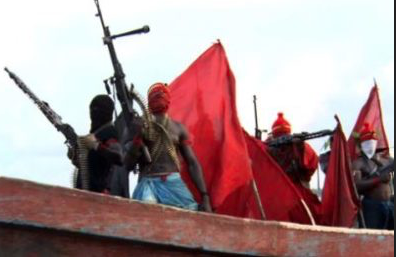 After being indicted by the United States for narcoterrorism and conspiring to import cocaine into the United States, the leader of Venezuela was touting a socialist ‘Cuban cure’ for the coronavirus.

Interferon Alpha-2b, a Hepatitis drug, is a popular cure on Socialist Twitter where it’s touted as a Cuban miracle drug that the United States is conspiring to block. Interferon isn’t a Cuban drug. It came out of Switzerland. Its manufacturers include Israel’s Teva. There’s no actual need to get it from Cuba.

Maduro, the druglord socialist leader of Venezuela, was better with cocaine than with actual medicine. But he retained his grip on power by using Cuba’s slave doctors to go door to door telling people that if they didn’t vote for him, they wouldn’t receive medical care. Patients were denied basic medical procedures under socialized medicine until they voted for the nacrosocialist regime’s candidates.

Then Maduro shared a cure for the coronavirus by the Venezuelan nanotechnology expert, Dr. Prof. Sirio Quintero, consisting of ginger, black pepper, and lemons with coffee. Quintero has degrees in philosophy from Italy and claims to have cured cancer. Though not so much for Maduro’s socialist predecessor, Hugo Chavez, who died of cancer, which Maduro blamed on an American conspiracy.

But, fortunately, Maduro claimed that Chavez returned to speak to him in the form of a bird.

The problem with “conspiring to import cocaine into the United States” is that it leaves plenty of cocaine around to sample. Unfortunately, there are no medications, running water, or even soap in the socialist terrorist drughole which Senator Bernie Sanders had once touted as a model for the American Dream.

Only 25% of hospitals and clinics have running water. Most don’t have gloves or soap.

Maduro had the answer to all the country’s problems. “Give birth! Every woman is to have six children! Every one! For the good of the country!”

That plan might work better if they had the food to feed them. Unfortunately, there isn’t any food, except for the socialist military and paramilitary groups which are being paid in food, instead of money.

Unlike the worthless Venezuelan currency, food is very valuable in a country full of starving people.

But Maduro’s 6 children plan is understandable since 5,000 people leave his socialist hellhole every day. It’s going to take a lot of extra babies to make up for the millions who have already fled Venezuela.

With an official 10,000% inflation rate (there aren’t enough zeroes for the unofficial numbers), and the country’s one industry, oil exports, dropping sharply after the government’s takeover of the industry, the failed socialist narcotyranny had to do something to make money.

The answer was obvious. What else can a bunch of socialist drug dealers do beyond sell drugs? Piracy.

The new Pirates of the Caribbean are socialists who fly the red flag, instead of the black flag. After Chavez had nationalized the fishing industry, with the usual disastrous socialist results, the country’s unemployed fishermen turned to piracy.

It began with kidnapping fishermen from other countries and holding them for ransom. But there wasn’t that much money in abducting Trinidad fishermen who also began to get guns and fight back.

Anyone who resisted was killed. Sometimes even those who surrendered were murdered, thrown overboard with weights tied around their ankles, in brutal massacres meant to send a message.

After the indictment of Maduro and top members of his regime, President Trump announced that the United States Navy is deploying in a counter-narcotics operation near Venezuela.

Maduro had responded to the indictment with a televised rant calling Trump, a “racist cowboy”.

And the Venezuelan Navy upped the ante by trying to hijack a cruise ship. Their target was the RCGS Resolute, a five-star German cruise ship, flying a Portuguese flag, and operated by a Ukrainian crew, as part of a plan to get as many countries involved in an international naval piracy incident as possible.

Even the Venezuelan Navy ought to have been able to hijack a cruise ship. But the country’s military is entirely run by the socialist flunkies of a delusional drug dealer who are paid in food to commit crimes.

The Venezuelan Navy patrol ship decided to hijack the Resolute by ramming the cruise ship until it left international waters and entered Venezuelan waters where it could then be seized by the regime.

This was not a good plan.

The Resolute is the only five-star expedition cruise ship. Its high-density steel hull allows it to conduct polar cruises. Its bulbous bow imitates the nose of a submarine. It’s meant to be able to smash through the ice. And it suffered only minor damage when the socialist pirates of the Caribbean tried to ram it.

The same wasn’t true for the pirates.

The Venezuelan patrol ship began to take on water after it decided that the best way to stop a cruise ship was by ramming it until one of them sank. To add insult to injury, the cruise ship offered to extend assistance to the sinking naval vessel, but got no answer except rising bubbles, and decided to leave.

The Venezuelan government accused the cruise ship of attacking its naval vessel in an act of piracy.

But cruise ships don’t usually attack military vessels. This may be the first such engagement on record. And it’s hard to see how it would work since the patrol ship is far more maneuverable than a cruise ship.

The Venezuelan Ministry of Defense called the cruise ship “cowardly” for having “fled”. But that’s what happens when you pick fights with civilian vessels. They’re not obligated to wait around and fight you.

“The Portuguese ship that rammed ours is eight times heavier,” Maduro complained. “It is as if a 100-kilo boxer grabbed a boy apprentice boxer and beat him.”

Except that the “boy” was a naval vessel with a 76mm rapid fire turret, a pair of 20mm cannons, two .50 caliber machine guns, electronic warfare equipment, and a helicopter while the cruise ship was armed with shuffleboard, fruity drinks, and large swimming pools.

It is really unfair when you ram a ship eight times heavier than you and your armed vessel sinks.

The next day, President Trump announced a crackdown on the socialist pirates of the Caribbean. And if they thought cruise ships are dangerous, US Navy destroyers are going to be a lot tougher.

Everyone is sick and tired of Maduro, except maybe his Cuban, Russian, and Iranian allies. And the usual socialist fanboys in the United States and Europe who continue to tout his magical socialist medicine.

“You are a miserable human being, Donald Trump,” Maduro rambled in a possible attempt at auditioning for CNN or MSNBC. “If one day the imperialists and Colombian oligarchy dare to touch even a single hair, they will face the Bolivarian fury of an entire nation that will wipe them all out.”

Around 15% of the country has fled. That’s an incredible number. Many of the refugees have tried to enter the United States.

A coronavirus outbreak in Venezuela could send millions more trying to reach the United States while infecting countless people along the way. Meanwhile the narcosocialist drug cartels continue moving cocaine into the United States and potentially spreading infection if an outbreak takes off.

That’s one reason why President Trump is trying to shut down the narcosocialist pirate regime.

The diseased socialist drughole is running out of food, money, and even oil, it’s turning to piracy, and it’s producing more refugees than Syria. The country’s population is living off tubers and beans.

“These days, the American dream,” Sanders once wrote, “is more apt to be realized in South America, in places such as Ecuador, Venezuela.”

That’s not the American dream. It’s the socialist nightmare.

Venezuela was once a prosperous country. This is what’s left when the socialists take over.

How Can America Remain Secure In This Age Of Political Ignorance?