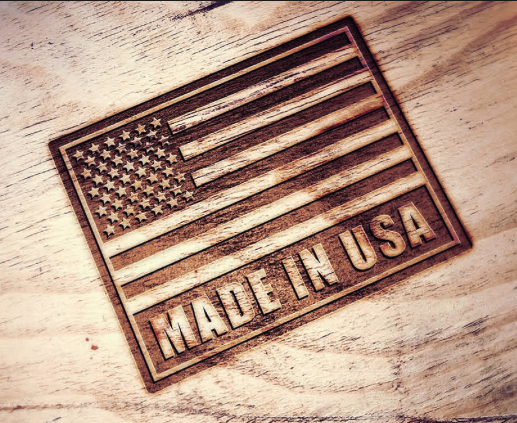 After September 11, we began the long process of trying to build a society that would be hardened against massive terror attacks. Airports became grueling fortresses in which shoes, bottled water, and personal dignity had no place. A vast intelligence infrastructure was built to violate privacy. But the big decisions were never made. Instead, America became more vulnerable than ever to Islamic terrorism.

That’s why President Trump ran on, among other things, a travel ban from terrorist nations.

As the nation undergoes another shock, we are going to have to think about how to rebuild our society so that it will be hardened against another pandemic. That is going to require hard choices beyond throwing more money at the same alphabet soup government agencies that failed to protect us.

There are three key areas to think about: biological security, urban living, and domestic manufacturing.

The coronavirus, like September 11, was primarily a national security failure. The massive alphabet soup of government agencies, from the CDC to the FDA to the State Department to the CIA failed to correctly assess the problem, take action, coordinate, and keep the nation safe from an external threat.

The nature of the threat on September 11 flew under the radar because it was too big for security agencies and too small for the military, it didn’t fit the shape of what the FBI or Joint Chiefs did. And so we began the task of transforming both the military and security agencies into fitting that shape.

The Department of Homeland Security, in theory the sort of entity that might tackle multifaceted threats, which would include a pandemic, has failed to live up to expectations of basic competence.

The CDC meanwhile spends so much of its focus on social issues that it’s unfit for the job.

After the coronavirus, we will need a national security agency capable of tackling a pandemic. It will need to have intelligence gathering abilities, veto power over immigration, and the ability to quickly commandeer resources to meet a foreign disease outbreak by testing and quarantining suspects. And it must be able to plan both defensive and offensive biowarfare against hostile entities like the PRC.

Call it the Biological Security Agency.

Coronavirus took off in this country because the State Department was allowed to take the lead and it treated the virus not as a threat, but a transportation issue. Henceforth, pandemics must be the responsibility of a national security agency able to evaluate the threat and shut down travel. It should be tasked with maintaining stockpiles of medicines, protective clothing, and other resources needed to meet a biological warfare attack. Even if that’s not what the coronavirus was, it will come one day.

We need to be ready with a national security response to biological warfare.

Hardening America against a pandemic also requires rethinking the blue model. Dense urban areas can’t be defended against biological warfare. The farce of social distancing in New York City’s crowded subways is a structural problem. The denser an urban area is, the more impossible it is to maintain social distance. Density pushes out cars and sends price signals that force the maximum number of people into the same residential, and commercial areas, which are connected by crowded public transportation.

The coming of the coronavirus to New York City has made it all too obvious that’s a death sentence.

Hardening America against a pandemic requires sprawl, large lot sizes, spread out centers, multiple family cars, reduced immigration, smaller population sizes, and the ‘re-ruralization’ of America. Instead of massive malls selling a thousand flavors of Made in China, smaller businesses should be selling products manufactured in this country for a more decentralized shopping experience.

Federal and state governments made runaway urbanization possible by directing resources to the infrastructure, physical, economic, and social of massive cityscapes, while defunding rural areas.

This 20th century vision of the future stopped making sense with the arrival of the internet. The coronavirus showed that urban density is hazardous to our health and technologically unnecessary. Urban industries, cultural and technological, are the easiest to virtualize and decentralize. Colleges, dot coms, and financial firms don’t all need a massive physical footprint in one superdense neighborhood.

The growth of the city paralleled the rise of the factory. Post-industrial urbanization is cultural. It’s also physically and socially unhealthy, unsafe, and expensive. And, as we found out on 9/11: vulnerable.

Cultural urbanization has created elite castes and political divisiveness. The modern city is a dysfunctional apartheid zone with sharply divided upper and lower classes, but no middle class, a series of real estate bubbles, havens for foreign oligarchs and international gangs, and a national security hole.

The internet has eliminated the need for the modern city. Pandemics and terror make it too dangerous.

Federal and state governments incentivized the city with taxpayer money. That money should now be used to incentivize its decentralization with subsidies, investments, market signals, and tax policies.

Post-coronavirus America doesn’t need the cities it has too many of, it does need the factories it has too few of. Once the pandemic struck, cities became viral minefields with too many people and not enough goods. Too many of those goods, especially medical protective equipment, were far away in China.

In a pandemic, we don’t need a thousand Thai places within a dozen blocks of each other. We do need a hundred factories that can quickly make the products that we need in order to be able to survive.

Cultural urbanization is a dangerous luxury. Domestic manufacturing is a vital necessity.

The urban hubs with mass migration providing services to the elites are a suicide pact that this country can’t afford anymore. And we can’t afford to outsource manufacturing to corrupt foreign oligarchies that in a crisis will prioritize getting medical equipment and drugs to their people, not to our own.

The Obama administration invested endless billions in the green energy obsessions of urban residents. It’s now time to invest in the domestic manufacturing that, unlike solar panels, they actually need, even if they refuse to admit it until health care professionals are dying because of a lack of N95 masks.

Many European countries don’t have the space or scope to expand instead of contracting. The United States has vast territories and frontiers that are going unused because we have contracted to the coasts. The technology that could enable us to spread out is instead being used to further contract the country.

The United States has the resources and the territories to become the factory of the world once again.

If we are going to survive the next pandemic, that is what we need to do. Stockpiling equipment against the next crisis is an insufficient answer because the next crisis may not be a pandemic. After the Swine Flu outbreak, states rushed to build up supplies of masks and ventilators, and then disposed of them.

Domestic manufacturing gives us the flexibility to adapt to meet the demands of each new crisis. Without that ability, we always going to have to stockpile everything on the chance we may need it.

Interdependence and independence are two possible responses to the pandemic.

The official word is that we need to double down on interdependence: on global networks, on multinational organizations, on international supply chains, and mass migration. That’s the same globalism that got us into this mess, and that will leave us weaker, more vulnerable, and no wiser.

The alternative is to pursue independence, personal and national freedom with strong borders, local manufacturing, national defenses, and personal property for a great culture of prosperity.

This is how we get there.

If we learn the lessons of the pandemic, we will be hardened against the next one. If we don’t, we’ll make the same mistakes all over again. And we’ll emerge weaker, poorer, and more globalized.

The coronavirus is an opportunity to build a greater and stronger nation. We should not waste it.

The Right President for the Right Time