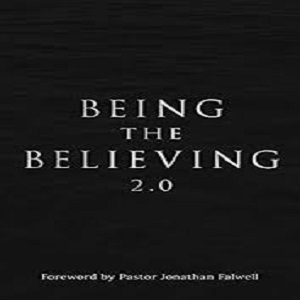 We have many statements in the Bible about behavior, and most scholars agree that the most famous message delivered was by Jesus Christ, the Beatitudes. There is a book newly published titled Being The Believing 2.0, which is designed to cover and explain the Beatitudes by Pastor Thomas McCracken, which touches on behavior and in its way in politics. There is much misunderstanding about the Beatitudes just as there is about what the Christian attitude should be toward government. One such misunderstanding is caused by a statement made from Paul to Timothy.

First of all, then, I urge that entreaties and prayers, petitions and thanksgivings, be made on behalf of all men, for kings and all who are in authority, so that we may lead a tranquil and quiet life in all godliness and dignity.
1 Timothy 2:1–2

There are Christians who believe that Paul’s letter is the model for them to accept whatever the government does with obedience. Some refuse to go to the polls and vote for the same reason. There is an estimate as high as forty million Christians who do not vote. That was hardly true in Paul’s case, who according to tradition, was beheaded in Rome because he refused to be quiet and obey laws requiring worship of the emperor, and other actions that would go against the teachings of Jesus Christ. Eleven of the twelve original apostles were put to death for standing against what they knew as Christians was wrong, and the twelfth one was exiled. The history of what Christians went through in the first century is full of stories about martyrs who gave their lives rather than forsaking their faith.

Of course we must always pray for people in government and their decision making. However, in the United States, we do have the privilege of making our voices heard and the right to elect our leaders. We also have freedom of speech when our leaders do things that we believe are harmful not just to our faith but our society as well.

Contrary to what historical revisionists tell us, our government was created by people who believed in God, and we have numerous documents with proof, including our Declaration of Independence. That great document states, “We hold these truths to be self-evident, that all men are created equal, that they are endowed by their Creator with certain unalienable Rights, that among these are Life, Liberty and the pursuit of Happiness.” There are also statements made by our first three presidents.

“It is the duty of all Nations to acknowledge the providence of Almighty God, to obey his will, to be grateful for his benefits, and humbly to implore his protection and favors. “– George Washington

“I always consider the settlement of America with reverence and wonder, as the opening of a grand scene and design in providence, for the illumination of the ignorant and the emancipation of the slavish part of mankind all over the earth.” –John Adams

And from one whose beliefs have often been mischaracterized, Thomas Jefferson, who wrote the following as a concern about slavery causing a major war between the states:

God who gave us life gave us liberty. And can the liberties of a nation be thought secure when we have removed their only firm basis, a conviction in the minds of the people that these liberties are of the Gift of God? That they are not to be violated but with His wrath? Indeed, I tremble for my country when I reflect that God is just; that His justice cannot sleep forever; that a revolution of the wheel of fortune, a change of situation, is among possible events; that it may become probable by Supernatural influence! The Almighty has no attribute which can take side with us in that event.

When Thomas Jefferson was president, it was at a time when presidents had among their many duties, the running of schools in the District of Columbia. Jefferson decreed that every classroom was to have a Bible to be used for teaching purposes.

Now that brings us to Being The Believing 2.0, which deals with understanding the Beatitudes.

Being The Believing 2.0 by Pastor Thomas McCracken is an in depth study of the Beatitudes. The Beatitudes are considered the most outstanding sermon ever delivered, more than a sermon but words to live by delivered by Jesus Christ. Pastor Tom uses a chapter to cover each, and each is sprinkled with quotes from other theologians that reinforce the message. The commentary is designed to cover things that are often misunderstood by people reading scripture. One example is the word “meek.” This is sadly misunderstood as being wishy washy where in the Greek it means control of self, the power within you. Which can be interpreted as being unafraid to express ourselves as Christians and stand up for liberty and justice.

What marks this book as different is that the author divulges his own trek from a non believer to a devout born again believer. There are parts of his own past, and many experiences that draw the reader with awe and amazement. One is reminded of the journey C.S. Lewis made and described about his unbelief and the great events in his life that changed him. Pastor Tom weaves commentary with the actual Beatitudes as presented by Jesus Christ as a way to successfully live a life with meaning. As a pastor he has made good citizenship a priority and has even served on his district’s local school board.

A special feature in the book is that Pastor Tom introduces and runs vignettes by people who have found how faith can change their lives. Several of the chapters have outstanding guest writers telling their own stories. These include Dreama Denver, Greg McDougal, Sam Sorbo, Kathy Garver, Ann-Marie Murell and Jenn Gotzon Chandler. One in this group, Ann-Marie Murrell, As the founder and director of PolitiChicks she gave up a promising career to work for the preservation of our democratic values. The others named have all had brilliant careers of community service. The book itself is introduced by Jonathan Falwell the senior pastor of Thomas Road Baptist Church in Lynchburg, Virginia.

Daniel Greenfield: Believe All Women - Unless They Accuse Joe Biden