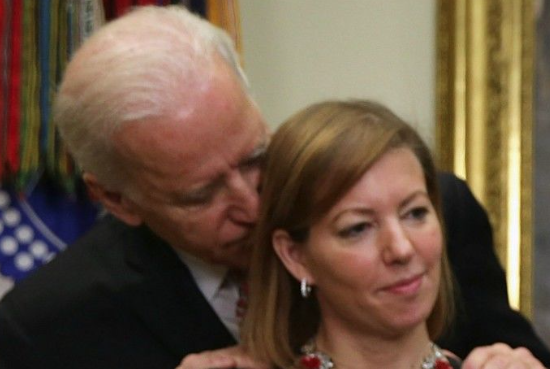 The biased hypocrisy of the #MeToo Movement was blatantly obvious when Tara Reade stepped forward to complain about being sexually assaulted by Democratic Presidential nominee, Joe Biden.

The assault took place in his Senate office in 1993. Reade put her complaint on record at the Senate. Her complaint was ignored.  She also complained about Biden’s assault to friends and family.

It is interesting to compare how the Democrats, their compliant media, and the #MeToo activists responded to this complaint and ow they acted in their fiery outrage against Trump nominee, Judge Brett Kavanagh.

Remember the MeToo cry “Believe All Women!” when a false complaint was brought about him over some vague event decades before?

What happened to that slogan when it came to Biden’s accuser? Well, nothing.

The biased shoe, it seems, is on the other foot when a leading Democrat is the abuser.

Lara Reade must go the way of Juanita Broderick, Paula Jones, Kathleen Willey, Gennifer Flowers and all the other women raped or sexually molested by another high profile Democrat, President Bill Clinton.

In the Kavanagh case, the media had a field day attacking him and his family mercilessly.

Biden, on the other hand, is protected by a media that will be rock solid behind his 2020 candidacy.

When unsubstantiated rumors were brought against a college-period Kavanagh, Jason Johnson, the political editor of The Root said on MSNBC, in September 2019, “I never heard of a one-time rapist.”

This TV jerk called Judge Kavanagh a “gang rapist,” based on no evidence whatsoever.

There was no evidence that Kavanagh ever met his accuser at the time and place she mentioned. There is clear evidence of the working relationship between Reade and Biden.

Is Johnson now prepared to go back onto MSNBC and say the same about Joe Biden? I doubt it.

Biden deserves due process, but Lara Reade’s complaint also deserves the same respect and due diligence that was afforded to Christine Blassey Ford.

If that was an essential step in the process of affirming Kavanagh onto the Supreme Court, how much more essential is it to thoroughly investigate charges against a Presidential nominee, Joe Biden, in advance of the November election?

The New York Times led the charge against Brett Kavanagh in large part because of their political bias. Kavanagh was the nominee of President Trump, therefore in their eyes worthy of persecution and prosecution.

This bias clearly warped their coverage against Lara Reade’s complaint against their 2020 champion, Joe Biden.

Their double standard and their botched up job at all levels was truly jaw dropping.

The story of Joe Biden’s impropriety had been brewing for over a week and the NYT had to print something. Lara Reade’s complaint was graphically explicit and required a response.

Part of the NYT’s coverage of the incident on April 12 included a startling sentence:

The Times found no pattern of sexual misconduct by Mr. Biden, beyond the hugs, kisses and touching that women previously said made them uncomfortable.

Perhaps inadvertently, the Times has opened up a history of Biden’s penchant of sliding up to women and fondling them.

This leads to the necessity of examining in detail Biden’s strange sexual behavior over the years.

Does America was another Democratic President touching and fondling women making them feel uncomfortable to be in close proximity to him?

Where is #MeToo when you need them most? Missing in action.

This section of the NYT article was removed following a call from Biden’s campaign team, showing clear evidence of media compliance by a news outlet in an election period.

Then the big shoe fell.

NYT Executive Director, Dean Basquet, opened his mouth and put his foot in it:

I think that the campaign thought that the phrasing was awkward and made it look like there were other instances in which he had been accused of sexual misconduct.

Then he seemed to emphasize Biden’s strange pathology with women:

We didn’t think it was a factual mistake. I thought it was an awkward phrasing issue that could be read different ways and that it wasn’t something factual we were correcting.

The big boss of NYT didn’t think it was a factual mistake that Biden fondles women, or worse.

This should have been one of the biggest political stories in an election year. It certainly would have been based on the lies that were printed about a Trump non-event with hookers in a Moscow hotel prior to the election four years ago.

But to Basquet, this was “just a different news judgment moment.”

Yes, it was. Basquet’s judgment was to dilute the story at the request of the Biden squad, a courtesy he did not afford Donald Trump in 2016.

The Biden election team find it awkward to deal with their client’s sexual proclivities.

The double standard is open and amazing. It goes deeper than sexual misconduct.

Biden seems to have gotten away with a history of nepotism with his family’s get rich quick schemes by following or escorting their father/brother/father-in-law around the world and then personally signing multi-million dollar deals in his wake.

Now the media and his party are covering up a history of sexual abuse.

Surely Americans wants these issues investigated before they place their vote?

Daniel Greenfield: Idiocy in the Time of the Coronavirus

The Coronavirus Soapbox: Timeline of How Trump Did Everything Right