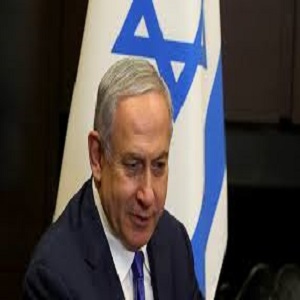 Deafened under the constant drumbeat of the virus crisis has been the ongoing efforts to form a new Israeli unity government. What was perceived over a week ago as a quick solution between the Bibi-led Likud and the Ganz-led remnant of the Blue & White Party, cruelly named the Black & Blue Party by some members of the political right in Israel, has become bogged down in a tactical Game of Thrones, as the horse-trading for government ministries leads to friction and division.

What should have been a simple granting of departments to appease Ganz’s depleted grouping, and the rapid establishment of a new government for the sake of a nation severely damaged by the growing spread of the China virus has become a tiresome quarrel over the minutia of who sits where. At closer inspection, this is more important than it looks to an outsider. It is a tactical battle over the future of Israel’s democracy, Zionism, the shaping of Israel’s economy, and the geo-political map of Israel.

There was an early suggestion that, as a form of compromise, the new government would consist of thirty-six ministries. In a time of dire economic circumstances this would be a massive burden on an economy at a breaking point, and would be seen by the public as fiscally irresponsible and unwelcome.

The foolishness of this idea was seen after it was agreed that each party would have the same number of ministries and the bloated numbers would not result in equality but rather in a disproportionate bias to Blue & White’s 17 MKs receiving 15 ministries with the dominant Likud bloc receiving proportionately fewer ministries. In the last government the Likud had 16 ministries. In an enlarged government, Likud would have fewer posts. Likud MKs will be extremely resentful if this is to be the outcome of Bibi’s high stake poker game with Ganz.

It is important for Netanyahu to protect his right wing allies that gave him the vital edge over the opposition in the last election. Ganz wants to edge them out and insert is supporters. While Bibi is fighting to retain Yaakov Litzman, the head of the United Torah Judaism Party, as the Health Minister through the current crisis, Ganz, on the other hand, wants him removed to be replaced by a medical professional.

His argument is that Litzman has failed, in his five years as minister, to prepare the health system for the current emergency. Netanyahu has to give the UTJ party at least one ministry and he sees the continuation of Litzman as key to solving the ongoing virus crisis rather than the disruption of bringing in a new and unexperienced minister in the middle of a pandemic.

It appears that Naftali Bennett, the head of the Yamina (New Right) Party, will be shunted out of his Defense Ministry role. Neither will he be given any other major ministry. This will exacerbate the friction between himself and Netanyahu. Neither does it appear as if former Justice Minister, Ayelet Shaked, Bennett’s partner in Yamina, will be given any meaningful role.

Shaked is concerned that handing important ministries such as Justice and Defense to the ideological left will reshape Israel’s future to the detriment of the country and endanger the Jewish presence in Judea & Samaria to the desires of those who want to remove Jews from their ancestral land. Shaked said that she would not join a government that would not advance the conservative agenda represented by her party. If she and Bennet are excluded from having a voice in a future government, it is likely that Yamina will withdraw its support for any proposed Ganz-Bibi government.

If truth be told, there will be several Likud members unhappy with an outcome that looks increasingly likely with the addition of the failed Labour leader, Amir Peretz, who is pushing to be included in the mix. The thought of the socialist Peretz heading the finance ministry is an anathema to free market economy advocates. At such a perilous time in which Israel’s immediate economic future is a vitally important component, the presence of a business-minded person at the helm of our economy is essential. Likud’s Nir Barkat, the former successful mayor of Jerusalem, who brought thousands of hi-tech jobs to Israel’s capital would be the ideal candidate to be Israel’s next Finance Minister. But who knows if this important position will not be compromised to Ganz.

The Likud Party issued a statement saying that “the prime minister made it clear that the preservation of the national camp is more important than ever.” This statement was made to keep Bibi’s feet in the fire during his intense bargaining with Ganz.

The potential outcome of the Trump peace proposal lies in the balance with Bibi repeatedly calling for annexation of Judea & Samaria and the Jordan Valley and a reticent Blue & White that is prepared to make unwelcome compromises that some say would only compromise the security of the Israeli citizenry. From whispers being leaked to the press, it does appear as if Bibi has relinquished many senior positions to Ganz. Rumor has it that Ganz’s party will receive the Justice, Defense, Foreign, Knesset Speaker, and maybe Finance. Although these positions, along with the prime ministerial role, will be rotated in eighteen months, there is enough time for Blue & White to inflict sufficient damage on Likud’s plans as to make them irreversible.

And they call this a Unity Government. It looks, from this writer’s perspective, as if we are on our way to a fourth election.

If You Hate Israel, You're No Friend of the Jews