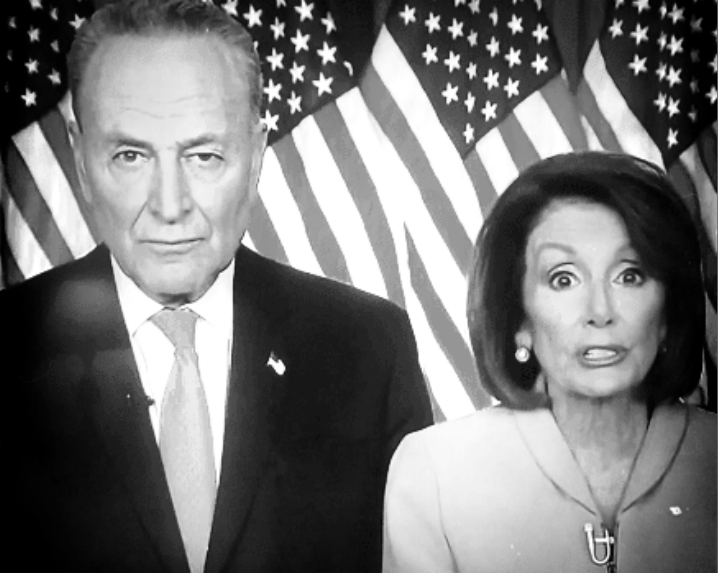 It does not take the ramblings of a Rhodes Scholar to determine one simple fact: Politicians like Senator Chuck Schumer are walking forms of poison disguised in a human form. Schumer and his ilk are symptomatic of the malaise that grips D.C. these days. Mean-spirited and venal individuals whose best-by-date expired decades ago.

If I spoke about Supreme Court Justices, such as Kavanaugh and Gorsuch, in the manner that Senator Schumer did on March 4th, I would probably be writing this article from jail. Schumer threatened Kavanaugh and Gorsuch with the words, “You  have released the whirlwind and you will pay the price,” if they decided to vote from an anti-abortion stance in a Louisiana case. The case is about the Louisiana Unsafe Abortion Protection Act which requires an abortion doctor to have hospital privileges.

What the Louisiana Unsafe Abortion Act seeks to do is actually protect the Mother when a medical emergency occurs during an abortion.  It is a health regulation and nothing more. Yet, Schumer seeks to put party before a woman’s right to seek professional health care in a medical emergency.

Schumer is a despicable drone of a “man.” He is a pathetic bully who resembles a Vice Principal drooling over the corporal paddle. That is the problem with the current Democrat leadership; they have become maladministrative bullies, as opposed to noble public servants. They mistake arrogance for intelligence. They look down their noses at hardworking Americans.

The thuggish behavior and poison politics of the Democrat Party extend to the Democrat front runner, Joe Biden. Biden has addressed legitimate questions or issues raised about his platform with name calling and bully-like behavior that is beneath anyone seeking higher office.

In 2013, the Republican Party was accused of being the party of “old white men.” Considering the front runners for the 2020 Democrat ticket, the Democrat Party has become the party of mean old doddering white men. Neither Biden nor Saunders have achieved any substantive legislative record to run on. Biden demonstrated as Vice-President that he  was a corrupt inflatable clown dummy for the Obama Administration. His only accomplishment was his acuity for extortion and quid-pro-quo to benefit his family.

Currently, the leadership of the Democrat Party are demonstrating what poltroons they are in their reaction to the coronavirus issue. In January, when President Trump started limiting travel from affected areas into the United States he was called a “racist.” Biden, using the brand new pocket dictionary his wife brought him, said that President Trump’s travel restrictions were “xenophobic” and accused the President of “fear-mongering.”

In actuality, President Trump may have saved many American lives by being prudent in January. His recent declaration of a State of a Emergency for the United States is also prudent. It keeps the control of decisions made about this virus close to the Oval Office and frees up billions of dollars for use by health care professionals.

My faith in God and in the better attributes of mankind does not allow me to panic. Yet, the Globalist
media does its best to panic the populous like penguins lined up before polar bears. Where was the media and the political talking heads when Obama did nothing while citizens died from the H1N1 virus? When Obama irresponsibly opened our doors to unvetted Somalian refugees, where were they?

Where was the media when none of the previous three Presidential administrations developed any real protocol in dealing with pandemic issues?

At this point, the Trump Administrations approach is measured and thoughtful to the matter at hand. The Democrats seek to use the coronavirus as a political weapon against President Trump. Well, they have nothing else to bring to the table, such as a real consideration for the American people.

The media works hand-in-hand with House Speaker Nancy Pelosi to smear President Trump.  Nothing President Trump does is ever right according to the haters. Even at its most humorous, the continued political poison of Pelosi and her cohorts is tedious and tiresome. 2020 is either going to a be a bloodbath for the Democrat Party or a missed opportunity for the Republicans.

One thing for sure, fear divides us. Do not allow these political and media hacks to place roadblocks  against your active humanity, common sense or compassion. To paraphrase the Father of my friend, Dr. Dave Janda, to panic is easy, it is the thoughtful, measured approach that can be difficult. Yet, the totality of the American people is more powerful than any political agenda. We continue to win with the current administration.