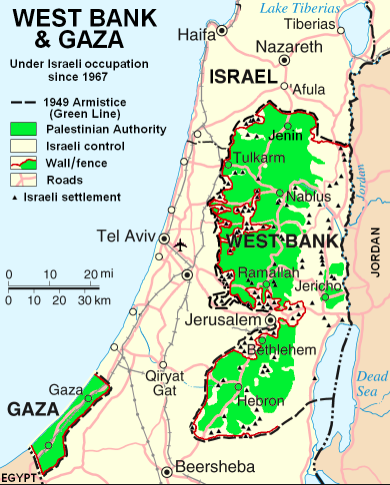 News outlets are quick to accuse Israel in stories of Palestinian poverty, but if there is poverty who is responsible?

Let’s put to rest the false Palestinian moan that poverty exists in the Gaza Strip because of Israeli oppression over the most densely populated place on earth.

Both theories are wrong.
When Hamas and Palestinian Islamic Jihad stop their rockets, border violence and terror, thousands of Gazans enter Israel daily to work and bring money back to their families.True, Israeli salaries are higher than those under corrupt Palestinian mismanagement.
Also, when Palestinian rockets stop flying into Israeli civilian centers, a thousand trucks roll into Gaza from Israel daily bringing everything that Gazans need to lead comfortable and healthy lives.
So their economic situation is a factor of living under the corrupt oppressive Hamas yoke that prefers war to wealth.

The Gaza Strip has a population density of 5,154 people per sq. km. Compare this with
Mumbai: 83,800
Karachi: 59,100
Cairo: 19,376
And population density does not have a direct relationship with poverty. Compare the Gaza Strip’s demographics of 5,154 to wealthy Hong Kong 6,659 per sq.km.,and rich Monaco 19,426 per sq.km.
Even Greater London has a density of more than three times that of the Gaza Strip-14,550 per sq. mile.
So Gaza Strip’s economic condition has less to do with population density than it has to do with a brutal, corrupt Hamas leadership that steals prosperity from their people and wastes it on their obsessive terror war against Israel.
Incidentally, the population density of Tel Aviv is greater than the Gaza Strip at 7.606 people per sq. km.
Palestinian Hamas could learn a few things about population economic policies and management from Tel Aviv municipality, even if it unprepared to learn anything about how to create national prosperity from the Israeli Government.
But, of course, it won’t.
Share
Facebook Twitter Pinterest Reddit Share via Email Print