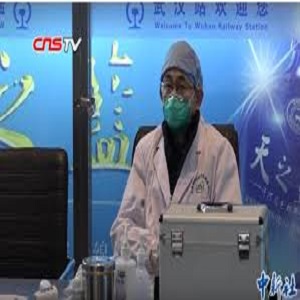 It seems strange to me the many hills that journalists are quite happy to die on when it comes to defaming Donald Trump. Most recently, they’ve focused on Trump calling it the Chinese virus to “prove” he harbors a deeply racist bias.

This hill doesn’t even rise to the scale of mole-hill. Never mind that many of these same reporters called the coronavirus much the same thing in its earliest stages – in their words the Wuhan virus or Chinese pneumonia. Or that they have no trouble calling the 1918 influenza epidemic, the Spanish flu. Or that Ebola is named after a river in Africa. Or that they are happy to call Chinese food, well, Chinese. Sound racist? By the standard they’re using against Trump, absolutely.

Consider for a second why Trump may be calling out China for reasons other than racism.

China knew a new coronavirus was infecting residents of Wuhan as early as December 10, but hushed up the evidence. They reprimanded health care workers for talking about the virus. They lied about the virus being contagious from one person to another. They allowed a Chinese new year celebration to go forward with tens of thousands in attendance. Several weeks later, even after they were forced to admit the virus was passed from person to person, they started arresting journalists and medical personnel and “disappearing” them. By then, of course, South Korea, Italy, and Iran were all experiencing the beginning of an outbreak.

But Chinese malfeasance didn’t stop with their early cover-up. When American health care experts offered to help China find a remedy, China refused. When American journalists reported on the growing contagion, they were expelled. More recently, China started refusing to send drug components to the U.S. that might be helpful in creating treatments. They’ve also refused to share blood samples from those who had the disease, but recovered; another essential ingredient to create medicines to treat the infected.

If China had told the truth from the beginning, they could have spared the world a deadly pandemic and helped prevent massive economic hardship. But even now they’re looking to escape blame by improbably trying to pin the entire crisis on the United States.

As crazy as it sounds, in just the last few days, China’s launched an international propaganda campaign claiming it was actually the U.S. Army that released the virus into their country.

Chinese communist leaders were also the first ones to accuse Trump of racism when he used the term, Chinese virus.

China called Trump a racist because they knew our media would be perfectly happy to repeat it. Why? Because news outlets love nothing more than assigning hateful motives to Donald Trump; a president they loath.

I wouldn’t be surprised if the Washington Post isn’t already investigating the possibility of an American conspiracy to infect China carried out by war loving members of our Defense Department.

Liberals have lost their ever-loving minds. But if the best they’ve got is calling Donald Trump a racist for using the term, “Chinese virus,” they need to find another line of work. They’re doing their fellow Americans no favors and, may instead, be causing a great deal of harm by sidelining our chance to learn valuable lessons about how we deal with early viral outbreaks in the future (i.e. the opposite way China did when they lied and covered-up.).

As hard as the left tries to label the President a racist, there is not one shred of evidence to support their claim. Not one.

As far back as records go, Donald Trump’s history has been one of getting the best people to fill whatever jobs he created. It didn’t matter if they were black, Hispanic, women, Asians. Sometimes he did it because it was best for the company’s bottom line. Sometimes he did it just for the joy of helping people. In fact, there are countless examples of Trump working to help people out of tight spots — before he became president and after.

Yes, Trump often sports a rough edge. His actions aren’t always presidential in the way the media would like. So what? Obama was quite polished and dignified as he repeatedly lied to the American people. Over his worthless health care system. About his sweetheart deal with Iran. About releasing violent terrorists. About Benghazi. About a thousand other things as well. But at least as he lied relentlessly, he looked presidential.

How about Bill Clinton? How presidential was it that he sexually victimized a young intern in the Oval Office, then threw her under the bus to save his own butt?

Or George H. W. Bush Sr.? “Read my lips, NO new taxes,” then he caved at the first opportunity to cut a deal with Democrats for a huge tax increase. Was that presidential?

Trump’s language and manner offends some folks, though I expect his intent is to focus attention rather than cause offense. Either way, does that make him a bad president?

In seven decades, I’ve never seen a president work as hard. I don’t always agree with him, but I always know he loves America and wants what’s best for Americans. And even when I disagree, he often surprises me by being right.

If all his political opponents have on him is calling it the Chinese Virus: GET A LIFE! I hardly think you’ll see the American people side with you on that one.

Daniel Greenfield: You Can't Get Hand Sanitizer Because of the Government