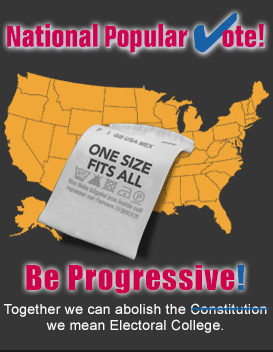 The Democrat Party has already proved it is more than willing to remove President Trump from the White House by just about any means possible. From the false Russia interference narrative to bogus impeachment charges, Trump’s Presidency has been constantly under attack. Aided by the largely complicit and supportive liberal media, Trump is constantly depicted as a President whose daily actions are an affront to freedom and democracy. Their narrative is that Trump is somehow an exception amongst all the Presidents…as though everything he does is an unprecedented challenge to the Constitution.

Are the Democrats really interested in serving our best interests or are they more interested in imposing their will upon the American people whether we like it or not? I believe it is the latter. Their smug elitist attitude was brought forcefully to the surface by President Trump. I think its safe to say in hindsight that Mitt Romney was hardly viewed as a threat by the Democrats. Even if he had won, he would have adhered to conventional political norms. President Trump terrifies them because he is a highly unconventional politician who communicates his message in a much different fashion. He may not be the most polished or articulate speaker to ever sit in the Oval Office, but he has the pulse on what this country needs and wants. His bluntness is in stark contrast to the false politeness exercised in many facets of today’s society. If you are trying to manipulate people, the last thing you need is a person who gets right to the point…and does so in a manner that appeals to people’s true desires.

This makes Trump the Democrat’s worst nightmare. That’s why they refuse to accept the results of the 2016 Election. And that’s why they are endorsing something called the National Popular Vote Interstate Compact (NPVIC). If it were to go into effect, it would be nothing short of a catastrophe.

While its safe to say the United States represents the ideals of democracy, it isn’t actually a pure democracy. It’s a republic. While this may sound a bit confusing on the surface, it was really a stroke of genius by our Founding Fathers. If the United States were a pure democracy and everyone got an equal vote on everything, then the majority would always outweigh the minority. If this were the case, this country would not have had the ability to enact important legislation such as Civil Rights. The majority would have likely prevented such legislation at that point in our nation’s history. However, such legislation was passed because we have a proportional representation system. The number of delegates each state is allotted in the House of Representatives is proportional to each state’s population. This republic form of government prevents the majority from always imposing their will on the minority without violating the ideals of democracy.

The best example of how our republic form of government works is the Electoral College in Presidential Elections. While Democrats preach diversity as a virtue, they really don’t support it. The United States is a complicated country. Local values and norms can differ wildly across our vast country. For example, it would be highly unlikely that a small community in the rural south would share the same values as a large community in California. It doesn’t mean one area is superior to another, but the fact that values are not uniform across the country makes things such as the Electoral College (which is based on proportional representation in the U.S. House of Representatives) vitally important.

If you look at a map of the Electoral College from the 2016 election it is obvious Trump was the preferred candidate in terms of the number of states carried and the geographical area represented by those states. Assuming you view the United States as a diverse nation, the 2016 map clearly shows Trump was the preferred candidate. The states that went to Clinton were mainly concentrated in the Northeast and West Coast. Those states also represent a fairly large geographical area but its only about half of the size of the geographical area that went to Trump. From the standpoint of proportional representation, Trump won the Electoral Vote 304-227.

What bothers the Democrats and has them calling foul is that Clinton won the national popular vote 65,843,514 to 62,984,828 or by a margin of 2,868,686 votes. So how do they fix that? The obvious answer is to either eliminate or fundamentally change the Electoral College. That’s exactly what the NPVIC would do.

Currently, the NPVIC is not in effect. In order for the NPVIC to take effect, states totaling 270 Electoral Votes (enough to guarantee an overall Electoral College victory) would have to adopt it. The scary part is that the states who have already adopted it represent 196 Electoral Votes. Those states are Maryland, New Jersey, Illinois, Hawaii, Washington, Massachusetts, Vermont, California, Rhode Island, New York, Connecticut, Colorado, Delaware, New Mexico, and Oregon. The District of Columbia has also adopted it. This means states representing only an additional 74 Electoral Votes still need to sign it for it to take effect. So how close are we to this scenario?

Fortunately, it won’t play a role in the 2020 election. Also, there is some debate as to whether such a pact would be Constitutional. Assuming it is Constitutional, there is a strong possibility that states with a strong Democrat presence could soon follow suit. It’s obvious that everyone who has already signed the compact leans strong Democrat. Its highly improbable that New York or California will go Republican any time soon. The same goes for the other signers. So, the idea is to pool their Electoral Votes and vote as one block. This makes the intent of the NPVIC clear. It is a way to circumvent the intent of the Electoral College without abolishing it. To that end, an additional 14 states are considering signing the pact. Those states are Florida, Georgia, Kansas, Minnesota, Mississippi, Missouri, New Hampshire, North Carolina, Ohio, Pennsylvania, South Carolina, Virginia, West Virginia, and Wisconsin.

The idea of the NPVIC has been around since 2007, undoubtedly inspired by George W. Bush’s victory in the 2000 election despite losing the national popular vote. Maryland was the first to adopt it in April 2007 and Oregon was the most recent to sign it in June 2019. Virginia is the most likely state to adopt it next given that the Democrats control its state legislature and governorship. That would add another 13 Electoral Votes to the pact, bringing the number needed down to 61 Electoral Votes. Other states (Electoral Votes in parenthesis) with state assemblies that are controlled by or could conceivably be controlled by Democrats and/or have a Democratic governor are: Minnesota (10), Missouri (10), New Hampshire (4), North Carolina (15), Pennsylvania (20) and Wisconsin (10). Those states represent another 69 potential electoral votes as part of the pact, which is more than the minimum needed for the NPVIC to go into effect.

If the 14 states who are currently considering the pact actually sign it, the impact would be enormous. If such an agreement had been in place in 2016, Clinton would have won the Electoral College 376-162. If only Florida, Minnesota, Virginia, and Wisconsin had adopted it, Clinton would have won the Electoral College 271 to 267. It’s a terrifying thought. It would essentially create a situation where New York and California controlled the outcome of Presidential elections. Clinton won the overall popular vote by 2,868,686 votes, but it should be noted she won California by 4,269,978 votes and New York by 1,736,590 votes. That is a total of 6,006,568 votes. If you discounted those two states, Trump would have won the popular vote by 3,137,882 votes!

All of us need to be aware of the NPVIC and oppose it at every turn. Everyone should have a voice in determining who becomes President.

San Francisco's Sheriff On A String

Bernie Sanders: The Crackpot Who Could Be President