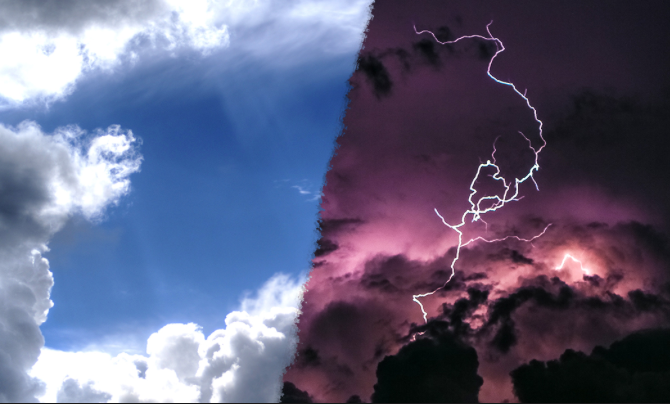 No mistake about it, my life has been two divergent paths. One path is of a scorched earth, one path aims towards redemption. I continue to navigate both paths. I have embraced my faith in God, particularly these days. I have also learned wisdom through adversity. I also know what it is like to face the lingering shadows of loss.

Regretfully, I am occasionally graceless. But I am also smart enough to be grateful. The first imprints of grace were taught to me by my dear Mother. The application of learned manners and an adherence to going to church were softly wrought edicts in our household. I wanted to please my Mother.

My life has been a search for personal redemption and a personal relationship with God. Regrettably, It has also been a struggle to survive the imprint of evil. My story is that of a victor, not a victim.

What we lose or struggle with in this life is not a determination of our experience. It is a measurement of our experience. Those first imprints from my Mother are crucially important. They were the go-to-church foundation of realizing that faith in God is salvation. In my darkest night and deepest despair, my God is a prescient God. There may be chaos, but there is also comfort whenever God shines his light amidst the chaos. I have been fortunate enough to have God remain most near to me when danger is at its most awful present.

My Mother tried her best to teach me lessons of manners and grace. Well, occasionally I need a refresher course. Ask my wife, Sharon.

I realize now that the imprint of evil came upon my soul far too early. I learned that someone desperate to end their life can take part of yours with them in the process. At the age of eight, I was ill equipped to fathom my Father’s murder. No school courses or active counseling for that in 1965 America.  December 1965, was when my world first shattered. In a broader sense, America was unraveling in it’s own wake in 1965.

As I have stated and have written in the past, the first time I saw the words “Murder-Suicide” was in the newspaper account of my Father’s murder, I was eight. Rereading the newspaper clipping recently, I find now that the reporter actually called it a “Homicide-Suicide.” My Father was killed by a suicidal tow truck driver who had a fight with his girlfriend. This disgrace, this robber of my father’s life, was purposively going down the wrong side of the road. That was on Shore Drive in Norfolk, VA on December 27, 1965.

My Father was on his way to his work as a Game Warden. A car driven by this tow truck driver ran into my Father, head-on, they were both killed instantly. To take your own life is one thing. To take someone else with you in the suicidal process is the ultimate form of cowardice.

I have stated and written before that my Mother forgave this disturbed young man. I never have and that is the first imprint of evil in my life. The inability to forgive a wrong wounds the victim of the wrongdoing, not the perpetrator of the wrongdoing.

But in turn, this experience was also an imprint of grace. I learned at the age of eight that life is precious and should be cherished. I also sadly realized that life can be sadly and quickly fleeting. It can change in a ghost of a second. Even though I continued to receive toys, it was difficult to play again as a child after the loss of my Father. Experiencing the death of my Father, in the manner that he was killed, forever changed me.

I think that is why I turned to the Blues. Starting before my Father’s death, I was exposed to the great Bluesman, Howlin’ Wolf. Howlin’ Wolf had appeared with The Rolling Stones in May 1965 on the television program, Shindig. My Father watched that program with me, tapping his foot to the Wolf.

After my Father’s death, I learned that the Blues was a music that felt as serious as my emotions were at that time. Real stuff. The Blues was not like Pop music to me, no flimsy melodies or saccharine lyrics. It always makes me feel better to listen to the Deep Blues.

When I started playing Blues in my early teens, I learned that music was another imprint of grace. The community of musicians that you spend time with become like an extension of your original family. A pack of like-minded animals pursuing music and adventure.

But on the opposite side of the mirror, there can be trouble. Sometimes the creative mindset can lead you down some very dark paths. It is only through grace and the nurturance of real love that the madness of the creative life can be cooled. The exhilaration of the successful mingling of notes is in stark contrast to the dens of inequity you have to play while learning your craft. The musical roads of the night have many blind twists and turns. That contrast can also be applied to the art of the written word.

The imprints of grace and the imprints of evil can be equally present when walking the wild side. But you can only consume so much danger. The many rounds where we wrestle with the shadows of our life can be a form of redemption, if you survive the journey.

The imprint of evil has been an additional presence since the death of our nephew, Sean, in Benghazi. The Deep State of the United States government has a rotting stench and it remains a consistent imprint of evil. The imprint of grace in this circumstance is the many supportive and gracious people that Sharon and I have met in our search for accountability.

Ultimately, I have been lucky to have had the family, friends and mentors that I have had. Their kind lessons inform my intellect. They have filled my soul with their love and kindness.  For someone who is only 62, I have experienced an inordinate amount of loss in my life. Through the unfortunate events of murder, suicide, addiction, accident and illness, I have lost many of those same family, friends and mentors.  There is a great deal of misadventure in this world. These are the trials of this bitter earth. But it is prayer that separates the moment from the madness that consumes it.

Yet, my lost loved ones are not lost. They are the angels that always have my back. My relationship with God is daily. Succinctly passionate and conversational as I take my almost daily walks.

We can look forward to a broad reunion in Heaven with the loved ones of our past. As we walk on this still bitter earth, we can continue to look forward to the walk through Heaven’s Gate. I thank God for what I have received. I am patient within this struggle of life. I thank God for what I have learned from those that are lost to this world. I will embrace them in Heaven.