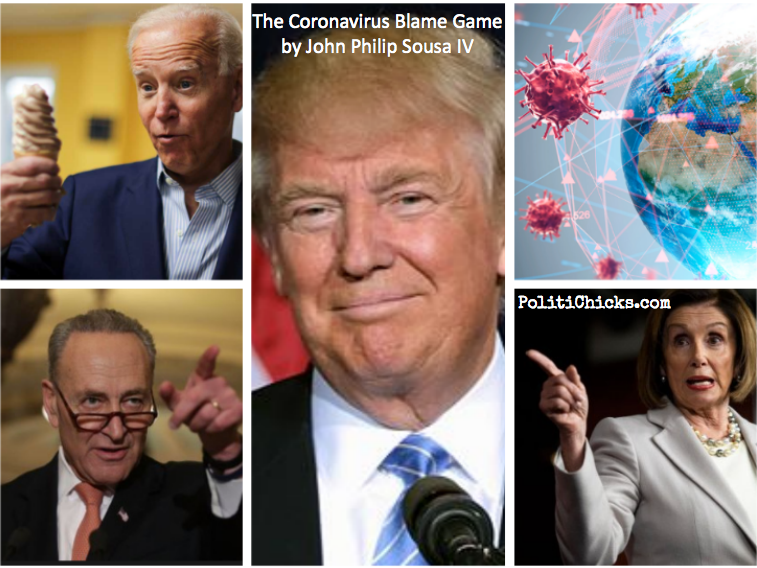 I have a prediction of the future, but first the present.

President Trump and his team have taken a stimulus package to Congress intended to help the America people, and the American economy, get through the Covid-19 pandemic.

One proposal made by President Trump is a temporary “holiday” on withholding taxes. Most experts agree it would add billions to the federal deficit.  They also agree that putting billions of dollars in liquidity in our economy would definitely help us through this crisis much faster than doing nothing. And not only us, but a stronger U.S. market will be hugely important to helping economies in the rest of the world get back on their feet.

But Democrats have resisted the idea of a “holiday” on withholding. They don’t want to give Trump anything that might make him look successful in helping get the U.S. or anyone else through this mess.

Sure, they’ll give him a handful of lesser measures like delayed tax filings with no penalties and interest charges. That way they can claim they reached across the aisle to put people over politics, but forget about them actually supporting anything Trump suggests that might make a real difference.

Some Democrats have agreed to help certain businesses so long as they’re in industries they like.  But forget about them helping any businesses in the drilling or natural gas business – despite the fact that natural gas has made America energy independent.

The left just doesn’t care that the elimination of shale fracking would hugely raise energy prices, plunge our economy into chaos, and again make us dependent on foreign governments who hate us.

And now, my prediction.

In the very near future Nancy Pelosi, Chuck Schumer, Joe Biden, and all the other usual liberal suspects will blame Trump for the fall of the stock market and the damage done to people’s retirement accounts.

Despite the fact it was Trump’s policies of reducing taxes, slashing regulation, and rebuilding our economy that led to the largest rise in market values ever, Democrats refuse to credit Trump.

Now, Chuck Schumer is telling anyone who will listen that Trump is incompetent to handle the crisis. Schumer never says what Trump’s done that’s incompetent, or, what Trump should be doing he’s not.

Maybe Schumer’s upset that Trump’s relying on the brightest scientists and health care professionals in the world at the Center for Disease Control, and not him or his political cronies in the Senate. Or maybe it’s that Trump stopped travel from China to prevent the infected from entering America. Or maybe Schumer means Trump was wrong to tighten border security and prevent infected illegals from crossing. Or maybe it was that Trump invested billions of dollars into testing kits, protective clothing for health care workers, and expanded facilities for the sick. Or, could it be that Schumer was referring to the near seamless coordination between federal, state, and local health and government leaders?

It seems strange to me that Governor Newsom of California, a devout Trump hater, has nothing but praise for President Trump’s management of the federal government’s response to the crisis.  And his providing to the states everything they need to contain the virus. Yet, the liberals in DC are intent on making the coronavirus Trump’s Hurricane Katrina moment.

As for now, the only thing Democrats have suggested is forcing businesses to pay sick leave to their employees who don’t come to work. But that won’t slow the spread of the virus which is contagious for a week before the sick start showing symptoms. And it won’t help our economy to recover. Just the reverse.

Instead of making businesses suffer twice — once because of a massive slow down in economic activity and major disruptions in the supply chain — and now with a huge new paid sick-leave tax they’ll try to make permanent — Democrats should instead consider expanding unemployment insurance to cover sick leave until the crisis passes.

Other than a massive new tax on businesses though, Democrat politicians have failed to offer any serious ideas to help the American people. Sadly, they have only criticism for the president.

Instead of the political blame-game, this is the time for our political leaders to unite. The Trump haters will have plenty of chances this election year to criticize and find fault. But until we put the coronavirus crisis behind us, they should just shut the hell up.