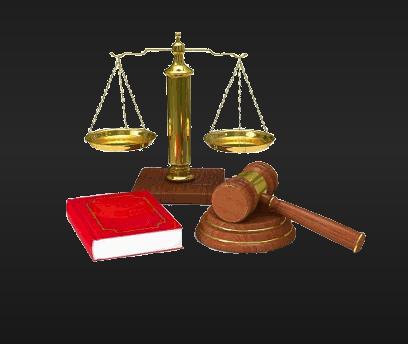 My local weekly Newspaper carried a story about a local citizen, Jerome Halterman. Turns out Halterman had a very bad couple weeks in November 2019 when he was arrested on a variety of charges over several days brought on by a pattern of behavior which spoke of worse problems for his victim(s) in the future.

A little history is provided as related in the Weston Democrat newspaper:

November 12 – Arrested by Lewis County Deputies again for the same exact offense – violation of the DVPO.

November 15 – Arrested by a State Police Officer for the exact same offense including making harassing phone calls and texts to the victim in violation of the DVPO.  On this same date he was charged with possession of methamphetamine and buprenorphine by another State Police Officer.

On February 20, 2020, Halterman was sentenced under a plea agreement in which he plead to a single count of possession of a controlled substance – methamphetamine and two counts of violating the DVPO.  It is in the structure of the plea agreement that I believe the judge and prosecutors who approved the agreement were guilty of malfeasance.

Halterman’s sentence completely discounted the seriousness of his offenses.  DVPOs are intended to protect the victim from being subjected to violence at the hands of a spouse or domestic partner who has already demonstrated a propensity for physical or psychological abuse against the victim.

Violating such a protective order three times in a two-week period represents a significant disregard for the order of the court.  It also suggests that continued violations of the order could eventually result in serious harm being inflicted on the victim.  We often hear such victims bemoan the fact that a piece of paper doesn’t mean much when a partner is intent on doing physical harm to them. This is the textbook case that proves that point.  Unfortunately, the court and prosecutors made things even worse.

On the felony possession charge, Halterman was sentenced to – wait for it – one year of probation and court costs of less than $200.  Does anyone consider hard drug possession a serious issue any more?

On the first violation of the DVPO, he was fine $250, court costs of under $200 and sentenced to one year in jail with six months to serve and six months suspended – but – the second six months was replaced by a year on probation (as with the first charge).

On the second violation of the DVPO, which should have resulted in a more serious penalty given the nature of recidivism displayed by this individual, the very same penalty was assessed as with the first offense.  Now one might think, “A total of a year in jail is more appropriate.” Nope.  The court decided for some inexplicable reason that this sentence should run concurrently with the first two sentences.  So, in effect, Halterman gained a free ride on the second DVPO violation.

The icing on the cake was that the defendant had the third offense completely dismissed, so, again, he gets a free ride – he gets away with the crime without punishment.

The entire point of the criminal justice system is to respond to bad behavior with penalties that deter future offenses and give the offending individual an incentive to adjust his/her behavior to the better.  Perhaps even repent and change their ways? Yeah, that’s what we thought.  Instead, they have very effectively learned that there is nothing to fear from the law and much of the bad behavior will be swept away by “copping a plea.”

If we are ever to get a handle on crime, something must change, but there are two major incentives for ridiculously light sentencing coming into play, particularly in West Virginia. Some years ago, the state moved to a “regional jail” system that shared space with multiple counties. These jails charge by the inmate-day rate with the payment coming from taxpayers in the county where the offense took place. The jails are already – in most cases – near or completely filled to capacity or the county’s budgets are strained from the weight of their jail bills. The result can be judges and prosecutors more interested in projecting budgets than meeting out justice in a manner that deters future bad behavior.

Meanwhile, New York City has gone completely off the rails and decided that releasing even violent offenders without bail is the way to go. Their reward has been an over 20% increase in crime in just a few months. West Virginia cannot be far behind.

Stop the world, I want to get off! Everything is spinning out of control and has been turned upside-down. Instead of focusing on one of government’s primary obligations – protection of the general public – our state legislators are fiddling with prescription drug prices and raising taxes for dubious programs that change very little in our daily lives for the better…but I digress…

My prayers go out to his victim six months from now.

Trump Is Not Responsible for Coronavirus (Or Stock Market Decline, Etc.)

The Imprints of Grace & Evil