Politichicks reported on Thursday, March 12th that hospital ventilators could be in short supply if large numbers of coronavirus patients face respiratory problems all at once. When President George Bush called for the stockpiling of 742,500 ventilators to handle a worst case human pandemic in November 2006, the population of America was 298 million people. Today there are 330 million people in America.

The Washington Post acknowledged on Friday, March 13th that the country’s supply of ventilators could fall short. On March 15th, Breitbart reported that government officials believe America will need up to 500,000 ventilators to help many elderly Americans survive the Wuhan coronavirus. The next day the online news source estimated a shortfall of 320,000 ventilators in a worst case scenario. Both numbers are very conservative.

Unless infection rates slow, America may need up to 11 million ventilators and beds to care for coronavirus patients on ventilators. Crunching the currently available data out of China, this assumes 70% percent of Americans contract the Wuhan coronavirus, and that five percent of those infected require hospitalization in intensive care units across this country.

Hopefully, nationwide isolation efforts will flatten the curve of infection. If not, in addition to Pentagon’s compact battlefield ventilators, here is a novel solution originally published on March 13th to solve a ventilator shortage crisis:

There is a way to save Americans who need ventilators but cannot get one. It is a life-saving model successfully used on the battlefield in times of war when ventilators are unavailable: manually operated respirators called ambu bags.

Ambu bags can supply the positive pressure to force air into infected lungs. They require no electricity and are reusable once sterilized with ethylene oxide. Anticipating a possible shortage of respirators, President Trump has already directed U.S. secretary of labor to increase their availability.

State militias and the army core of civil engineers in coordination with the CDC can begin converting stadiums, gymnasiums, or local auditoriums into make-shift MASH infirmaries. Lined with beds, these can house many flu or coronavirus victims managed by one respiratory therapist supervising teams who ventilate patients using ambu bags. 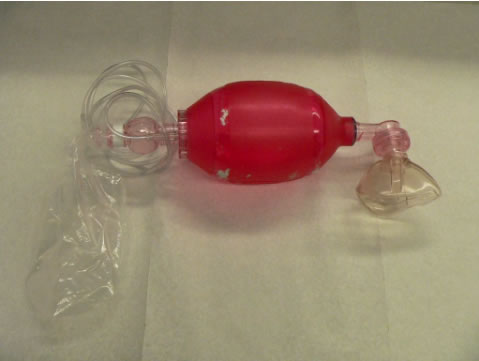 Over the next six weeks, the federal government can mobilize high school and college aged students — an increasing number of whom are not in class due to quarantines — to collect and sterilize ambu bags America already has on hand in hospitals and nursing homes.

The same students will learn from respiratory therapists how to use the ambu bags effectively. If necessary, two or three Gen Zs per bed will take take turns pumping the ambu bags to become the ventilators for people who need treatment.

Gen Zs will get sick but they won’t die. The China CDC found fatality rate for infected people ages 10 to 39 was 0.2%. StatNews reports “Teens and people in their 20s . . . don’t seem to be contracting the disease at significant rates. . . [A]ge increases the risk that the respiratory system will basically shut down under viral assault.”

The average age of those who stormed the beaches of Normandy in Operation Overloard was 20 years old. Armed with ambu bags America’s Gen Z can become heroes if the coronavirus battle becomes a true pandemic.

The CDC Was Fighting Racism and Obesity Instead of Stopping Epidemics