Why do people live in California? The weather is nice and so are the property taxes. 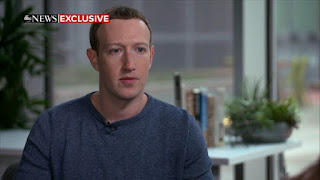 Unlike a lot of blue states where property taxes make home ownership all but impossible for working class and even middle class families, California has the 16th lowest property taxes in the country. These low rates have allowed California homeowners and businesses who predated the dot com boom to survive in a state and in municipal areas that are rapidly becoming unaffordable to all but a small few.

While housing prices are skyrocketing, property taxes are fixed at the time of sale with assessments limited to 2% increases a year due to Proposition 13 or the People’s Initiative to Limit Property Taxation.

The 1978 proposition dates back to a time when the state’s taxpayers protected their own financial interests. After a string of successful tax increases and debt hikes, Proposition 13 is on the chopping block. The choppers have been clever enough to introduce a partial repeal that will remove protections for commercial real estate while, for now, promising to preserve them for homeowners. But, it goes without saying, that Proposition 13 protection for homeowners will be the final stage of the assault.

Splitting the assault on commercial and residential real estate in two divides the opposition and allows it to be picked off separately by the oligarchy of unions, non-profits and dot coms that run California.

That’s why every other commercial on local television is either for Michael Bloomberg or the push to tax commercial properties at market value. The commercials are almost comically misleading, the most frequent offender features a supposed firefighter with a soul patch who claims that the money is needed to stop natural disasters from affecting schools. There are also ridiculous claims that the $11 billion in projected revenue is needed to save children from school drinking fountains tainted with lead.

Seven years ago, the Los Angeles Unified School District spent $1.3 billion to hand out 650,000 iPads to all its students, but, for some reason, didn’t get around to removing those lead pipes. California schools keep blowing through enough billions to finance a dozen small countries while always crying poverty.

And the guy behind many of those ads, Facebook’s Mark Zuckerberg, is the 4th richest man in the world.

With a net worth of over $79 billion, Zuckerberg could replace every pipe in California and not even notice the cost. But instead the Chan-Zuckerberg Initiative, the name of the charity and political organization of one of the world’s wealthiest couples, has spent $2.1 million to raise other people’s taxes even after Facebook had used Ireland as a tax shelter to avoid paying taxes in the United States.

Zuckerberg’s assault on Proposition 13 could wipe out small businesses in California as the tax increases from commercial real estate get passed down to small business tenants. Meanwhile Facebook is fighting the IRS in court over its Irish tax scam to avoid paying the $9 billion in taxes that it owes.

Despite claims that this initiative is philanthropic, shifting the tax base from income tax to property tax would be personally profitable. The Facebook IPO was big enough to have had a significant impact on California’s budget. Zuckerberg was personally on the hook for $200 million. Other employees and investors were good for over $2 billion in state taxes. Additional stock sales the next year reportedly cost the Facebook boss billions in federal and state taxes. The Chan-Zuckerberg Initiative gets its funding from Zuckerberg’s Facebook shares. CZI is going to war against small business for its own profit.

So much for Mark’s charity.

California’s middle class gets wiped out while Mark Zuckerberg gets closer to that fabled $100 billion.

Schools and Communities First, the PAC funded by millions in dirty Facebook money, touts the backing of unions, the ACLU, Joe Biden, Cory Booker, and assorted radical leftist groups, but CZI is the one that really matters. The unions and politicians, two sides of the same crooked coin, are obviously in it for all the money that they can squeeze out of embattled California taxpayers. And, in its own way, so is CZI.

Wiping out property tax protections won’t hurt the big dot com firms like Facebook. But it will make it even harder for any prospective rivals to function in an area with impossible rents and the highest housing costs in the country. That’s why one startup was charging $1,200 in rent for bunk beds for aspiring Zuckerbergs who “want to focus on their startups”, but can’t actually afford to live there.

The pressures of commercial rents are already catastrophically punishing. Zuckerberg’s move to crush commercial real estate protections will significantly raise the cost of doing business for competitors without Facebook’s deep pockets, potentially reduce future income tax impacts on his own vast fortune and those of many Facebook employees, and leave behind chaos as Facebook expands elsewhere.

The collateral damage from this Silicon Valley civil war will extend far beyond helping Zuckerberg’s net worth hit eleven figures, and the pressure cooker of the Bay Area which is on the verge of exploding.

The downward pressure of commercial property tax hikes will turn much of the rest of California into the Bay Area with impossible rents squeezing out small businesses and the people that depend on them. If you want to see the future of California, imagine a handful of dot coms, satellite startups, and the businesses owned by them, from Whole Foods to the leftovers of the entertainment industry, and gig economy delivery services making up the leftovers of the economy. And a whole lot of poor people living in housing subsidized by dot coms like Facebook, which dumped $1 billion into affordable housing, and taking tech vans for hundreds of miles to do grunt work for the tech masters of the universes.

The California Schools And Local Communities Funding Act is a dot com trojan horse that would turn the state into a Silicon Valley ghetto while wiping out the protections that made a middle class life possible.

Facebook has already transformed the virtual geography of social relationships. The Proposition 13 modification would have an equally devastating effect on the physical geography of California. And it’s a potential testbed for Zuckerberg’s initiatives that will extend far beyond California’s borders.

The Chan-Zuckerberg Initiative draws on nearly limitless funding and its subset, Chan-Zuckerberg Advocacy, has seen only limited use of its power to back a pro-crime initiative in Ohio and tax hikes in California. But fully unleashed, CZI could fundamentally reshape states and cities for the power and profit of one of the wealthiest men in the world. It’s already reshaping California. For the worse.