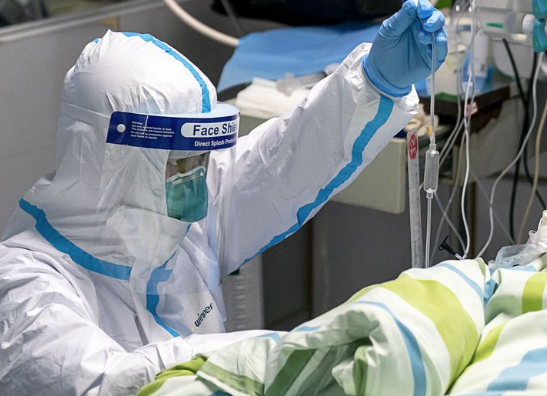 The U.S. healthcare system is mobilizing to deal with the emerging threat of coronavirus in this country. However, something this mobilization has not addressed is the possible and serious threat to America from across its southern border. Namely, what will happen if the coronavirus epidemic hits underdeveloped central or south American nations whose weak healthcare infrastructures cannot handle such an emergency? Faced with the threat of dangerous contagion, people in those nations predictably may flee and seek sanctuary in, you guessed it, the United States.

Chinese officials are increasingly desperate to control the spread of the disease.  The New York Times reports: Beijing ordered officials in Wuhan to “‘round up everyone who should be rounded up,’ as part of a ‘wartime’ campaign to contain the outbreak.” The mass quarantines in Wuhan have been “marked by instances of chaos and disorganization, deepening anxiety and frustration in a city already on edge from a prolonged lockdown.”  At least one Chinese woman desperate to escape fell to her death as she tried to evade Beijing’s quarantine.

Now project that kind of panic onto a global scale. To date the virus has spread through more than a dozen countries, from Australia to Vietnam. So far no countries have seen the widespread cases as in China. There are at least 15 confirmed cases in America.  Currently there are no identified cases of coronavirus in South American countries . . . yet.

Here is the danger scenario. If the virus can wreak such havoc in China’s modern healthcare system, consider what might happen if it infects a poor country such as Venezuela, a once oil-rich nation turned third world hell hole decimated by seven years of depression under socialist Nicolas Maduro, where the average Venezuelan lost 24 pounds in 2018 and where this year babies are dying of malnutrition. If the highly contagious coronavirus hits Venezuela it could overwhelm that country’s inadequate healthcare infrastructure. Venezuelans fearing infection may flee and head north through Central America and into Mexico to reach the United States, some of them unknowingly bringing the incubating virus with them.

In 2014, a surge of more than 60,000 migrants, many of them unaccompanied children from Central America, poured across America’s border in one month alone, prompting then President Obama to warn of an “actual humanitarian crisis on the border.” In 2014, there was a combination of “push” and “pull factors” spurring migrants; some fled violence or government oppression while others sought economic opportunity, family reunification, and promises of U.S. citizenship.

Faced with the singular fear of a coronavirus epidemic caused by their own countries’ inadequate medical infrastructure, populations of Central and South America may flee to the United States in unprecedented numbers. The United States, while well-equipped to address an epidemic among its own residents, could soon face another humanitarian crisis.