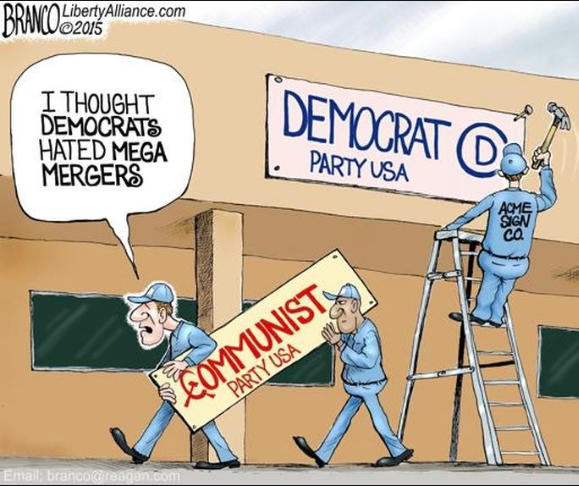 On Thursday, the day after his acquittal in the Senate, President Trump spoke to and thanked his supporters during a speech at the White House. During his 3+ years in office as well as in the campaign leading up to his election, Trump has always seemed impervious to criticism and defiant during all the attacks aimed at him. This is a man who doesn’t let people get under his skin very easily in the sense that his demeanor has always remained the same. If someone criticizes him, he fires back. He is not a man who takes things lying down. This time however, Trump seemed weary and noticeably bothered on a personal level by the entire impeachment ordeal. This was a different side of the President and it showed that he is just as human as anyone else. This is a man who is finally beginning to show the strain from non-stop attacks ever since his term began.

I truly believe the President is upset by the way these attacks have interfered with his ability to run his Administration. President Trump is a billionaire. He has always stood to lose more than he can gain by running for and becoming President. Yes, the President of the United States is the most powerful person in the world, namely because they are Commander in Chief of the most powerful military on the planet. The President is also extremely powerful because their policies do have a tremendous impact on the economy and the efficiency of the federal government, not to mention the geo-political landscape.

However, despite all the powers that go along with being President, Trump’s words during his campaign still make sense: “Believe me, I don’t need this.”  What did he mean by that? I think the meaning was/is quite clear: Trump saw a lot of corruption and a lot of things wrong with government and he perceived his/our beloved country in crises. Therefore, he decided to do something about it because he loves the United States. He is a patriot. Period. Why can’t they let him do his job in peace?

To me, the most telling thing about Trump and his supporters are the rallies he holds. I never thought I would hear chants of “USA! USA! USA!” coming from a crowd in support of a President or a Presidential candidate, especially in peacetime. What does it all mean? Well, let me put it this way: The crowd at Lake Placid was pretty riled up when the U.S. Hockey team beat the Soviet Hockey team in the 1980 Olympics. As the American team pulled off the single greatest upset in sports history, an enthusiastic crowd chanted “USA! USA! USA!” That crowd was inspired to shout out such a chant for two reasons. First, it was a sense of pride in their countrymen’s accomplishments. Second, it was a shout rooted in the deeper symbolic meaning of the Cold War, namely the fact that Americans, who represent capitalism and freedom, were beating the communists, who represent oppression and tyranny.

The fact that people shout “USA! USA! USA!” at Trump rallies can mean only one thing: The people at those rallies view Trump as a defender of freedom and capitalism and view the Democrats with the same scorn once reserved for the Soviet Union. Except for the Cuban Missile Crises when nuclear war was a very real possibility, I don’t think the Soviets ever posed as great a threat to America and its way of life as does the present-day Democratic party. Many great civilizations and nations have fended off every conceivable threat from external forces only to be toppled by internal forces. Nothing makes the United States any different.

Is it fair to compare modern-day Democrats to the government of the former Soviet Union? I think so. The Democrats are becoming increasingly more left-wing and their leading candidate for President, Bernie Sanders, is an unabashed socialist and socialism is a gateway drug to communism. It would be one thing if Bernie were an outlier, but he isn’t. The Democrats seem hell-bent on socializing medicine. They portray people of wealth and privilege as evil manipulators who are always taking advantage of the less fortunate (instead of ambitious people who create jobs). They embrace open borders and all the problems that invites. To them, America’s standing in the world is a source of shame instead of a source of pride. Rather than negotiate from a hard-earned position of strength, they would have us give in to the demands of others. In short, they are pushing a new vision for America, a vision that sees our nation, our traditions, and our values in very abstract terms. They perceive those who disrespect the Flag as more ‘American’ than those who salute it. Plus, they have an iron grip on the vast majority of news sources throughout the country. This gives them the ability to define and control the issues at hand. In short, they are very dangerous, and they are getting bolder.

President Trump referred to the failed impeachment attempt as corrupt, evil, and a disgrace. I would like to take it a step further.

I believe Nancy Pelosi, Adam Schiff, and the fake news should be charged with advocating the overthrow of the United States Government as defined under 18 U.S. Code § 2385. The Code refers to any person or group who “knowingly or willfully advocates, abets, advises, or teaches the duty, necessity, desirability, or propriety of overthrowing or destroying the government of the United States.” If conspiring to remove the President doesn’t qualify, what does?

Doesn’t the liberal and highly biased ‘news media’ regularly portray President Trump as a leader who is constantly engaging in unprecedented and highly dangerous activities virtually every day? Doesn’t virtually every member of the Democratic party support that narrative and doesn’t the failed impeachment represent an escalation from rhetoric to action? I don’t take President Trump’s comments that no other President should ever have to endure what he has been put through as just an idle complaint, there is substantial substance to those words. The President runs the Executive Branch of the U.S. Government. He/she should be allowed to perform their duties without constant and unnecessary distractions. When did it become acceptable to plot against a sitting and duly elected President?

The Democrats are ruthless and have accomplished far more than the Soviet Union ever did in regards to undermining the U.S. Government. I don’t recall the Soviets ever bringing Congress to a dead stop nor do I ever recall them causing the federal government to waste untold millions of dollars in a failed attempt to remove the President from Office. This country is facing a threat every bit as if not more formidable than the Red Menace. The impeachment against President Trump was a farce if for no other reason than what they accused him of doing didn’t register with me as anything serious even if he didit (which he did not).

What I find incredibly alarming is that the Democrats made no secret of the fact that they wanted this impeachment to succeed before Trump could be re-elected. Think about that. They impeached him over something so insignificant that it would not have harmed his reelection bid. Did the Soviets ever try to prevent Ronald Reagan from being re-elected? What right do the Democrats have to tell us we can’t reelect Donald Trump?

The good news is that in the aftermath of this impeachment/attempted coup, President Trump’s base of support has become even stronger. He has withstood their attacks and while he may be weary now, he will be back in full force. The actions of the Democrats should be punished through the ballot box and they should lose their majority in the House. Its time for Trump and the GOP to go on the offensive. Its time to drain the swamp once and for all!

Nazism and Islam: Similarities and Cousins