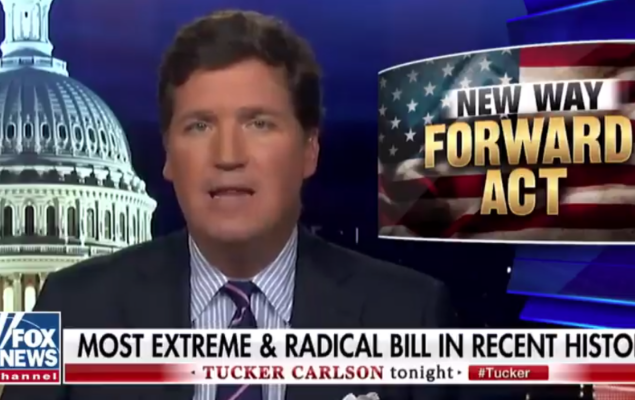 As thinking Americans we have a shared responsibility to pay attention to the actions of Congress.  In particular, our attention should be consistently focused on the passage of bills.  Currently there is on the House floor a bill titled H.R. 5383, also known as “The New Way Forward Act.”  This is a bill that we all need to pay distinct attention to.  It is sponsored by Representative Jesus “Chuy” Garcia, (D-IL-4) and currently has 44 Democrat co-sponsors. Included among the co-sponsors are Representatives AOC and Ilhan Omar.

Make no mistake, this is a nefarious piece of legislation.  What H.R. 5383 seeks to accomplish is to make it illegal to deport any illegal immigrant accused of a violent crime.  That includes crimes like child abuse, rape and murder.

Currently, 88% of the convictions in our Federal prisons, for crimes committed by non-citizens, are from illegal aliens. Since 2016, 4,000 American citizens have been killed by non-citizens.

The New Way Forward Act is almost the same length as our Constitution, but the similarity ends there. This bill seeks to fundamentally transform our immigration policy.  H.R. 5383 seeks to protect the criminal.  As American citizens, we have the right to expect reasonable protection from criminals from our government.  Perhaps that need should extend to a protection from the criminal advocates that permeate Congress.

The current 44 co-sponsors of this Bill demonstrate that many members of the House of Representatives are clinically insane. In addition, they embrace a hatred of America that is dangerous to our shared freedoms and continued liberty.

Don’t think that because the House of Representatives failed to bring down a duly elected President that they are done with us. Their path is a continuing and strategic destruction of the America we know and love.

The last time we had a Democrat President, Democrat House and Senate we were afflicted with the Affordable Care Act which was vastly unaffordable.  With the rampant socialist bent of the current House of Representatives, the next majority may lead to destruction and anarchy.

Many supporters of this bill are labeling its opponents as “white supremacists.”  The Democrat Party has only name calling and false accusations at it’s current disposal. They have become a greased-wheeled movement towards a dangerous form of Communism. Pay attention America, your freedom is at stake.

( To follow the legislative process for all bills, House and Senate, please go to congress.gov)

Anni Cyrus: How Islam 'Certified' Me for Forced Marriage at Age 9 With Hijab